IMAGE: With a salary cap of R 34 million (US$1.9 million approx, INR 15 crore) per team, robust bidding was witnessed with Tristan Stubbs, who plays for Mumbai Indians in the IPL, being the most sought-after. Photograph: Twitter

South African batting sensation Tristan Stubbs triggered a bidding frenzy with Sunrisers Eastern Cape getting his services for a staggering 9.2 million rand (US$500,000 plus) at the inaugural auction of the SA T20 league in Cape Town on Monday.

With a salary cap of R 34 million (US$1.9 million approx, INR 15 crore) per team, robust bidding was witnessed with Stubbs, who plays for Mumbai Indians in the IPL, being the most sought-after.

Four franchises were involved in a bidding war with MI Cape Town making the initial move followed by Paarl Royals. However, towards the end it was Johannesburg Super Kings and Sunrisers Eastern Cape, who fought tooth and nail before the latter made a winning bid of R 9.2 million.

"I am still shaking," was Stubbs's first reaction.

One of the other notable gainers was left-handed batter Rilee Rossouw, who laughed his way to the bank with a R 6.9 million (US$390,000 approx) bid from Pretoria Capitals. 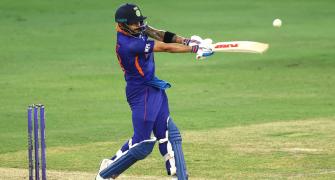 'Will take a very brave man to write Kohli off' 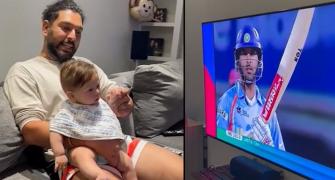 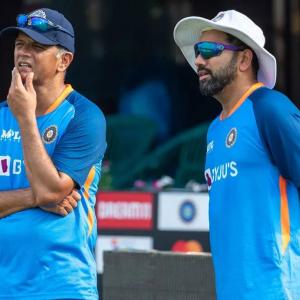 Select Your Team For Australia T20I