All-rounder Andre Russell hit a whirlwind 13-ball 42 not out, including three sixes from a Sohail Khan over, before taking three wickets with the ball to help West Indies demolish Pakistan by a huge margin of 150 runs in their ICC World Cup Group B match against Pakistan in Christchurch on Saturday.

Pacers Jerome Taylor and captain Jason Holder took four wickets between them with only one run on the board after Pakistan had been set 311 to win at the Hagley Oval.

The previous lowest score in a One-Day International for the loss of four wickets was the four runs scored by Canada against Zimbabwe in 2006.

Both teams had lost their opening matches in the tournament with Pakistan falling to India in Adelaide and West Indies, the 1975 and 1979 champions, succumbing to Ireland in Nelson, New Zeland.

Taylor struck with his second ball of the innings when Nasir Jamshed mishit a hook to Andre Russell at mid-wicket and his sixth which Younus Khan edged to wicketkeeper Denesh Ramdin.

Haris Sohail became the third batsman to fall for a duck when he scooped the final ball of Taylor’s second over to substitute Jonathan Carter at point.

Holder dismissed Ahmed Shehzad for one with the first ball of his second over, caught by Lendl Simmons in the gully.

Dropped catches by Darren Sammy and Chris Gayle helped Pakistan mount some sort of recovery through Sohaib Maqsood (50) and Umar Akmal (59) before the remainder of the batting was swept aside.

Pakistan were eventually dismissed for 160 off 39 overs.

The 1992 world champions had restricted West Indies to 195 for four at the 40 over-mark after Gayle’s indifferent form continued when he was caught for four and Darren Bravo was forced to retire hurt on 49 after he injured his left hamstring.

Bravo took no further part in the match and was taken to hospital for an MRI scan.

Wicketkeeper Denesh Ramdin accelerated the scoring rate with 51 including seven boundaries and Simmons, a hero in a losing cause with 102 against Ireland, carried on where he had left off by lofting the first two sixes of the innings.

Russell ensured West Indies would set a challenging total by smiting three sixes in an over to finish unbeaten on 42 from just 13 balls while Simmons was run out off the last ball of the innings for 50.

Pakistan did not help their cause with sloppy fielding and three dropped catches, two of them simple chances to their former captain Shahid Afridi on the leg-side.

© Copyright 2020 Reuters Limited. All rights reserved. Republication or redistribution of Reuters content, including by framing or similar means, is expressly prohibited without the prior written consent of Reuters. Reuters shall not be liable for any errors or delays in the content, or for any actions taken in reliance thereon.
Related News: Haris Sohail, Pakistan, Marlon Samuels, Andre Russell, West Indies
SHARE THIS STORYCOMMENT
Print this article 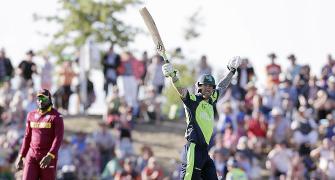 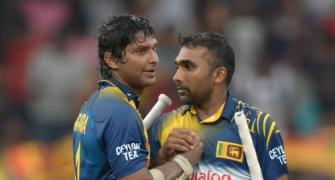 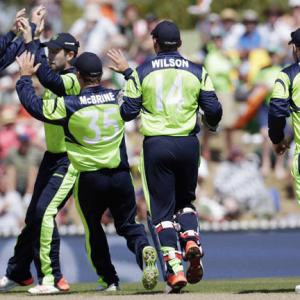