'It's the most beautiful format of the game.'
'I don't think it's going to go anywhere.'
'I don't even see it getting compressed to four days.' India's talismanic skipper Virat Kohli says Test cricket should not be 'tinkered' with and does not see it getting compressed to four days, as the International Cricket Council mulls ways to prop up the sport's traditional format.

Kohli has been one of the top run-getters in Tests in recent times, and plays and talks about it with passion.

'I cannot explain to you the job satisfaction that you get when you do well in Test cricket, because you know how demanding it is,' Kohli told Wisden.

'It's the most beautiful format of the game. I don't think it's going to go anywhere. I don't even see it getting compressed to four days.'

Asked if he looks at the proposed four-day Test matches as a backward step, India's batting mainstay said, 'Definitely. It should not be tinkered with.'

The increasing number of T20 leagues around the world has posed a threat to the traditional five-day format, with the ODIs close to facing an existential crisis.

'In a few countries, yes. It all depends on the awareness of people who watch the game. If you take a country like South Africa or Australia or England, they have big crowds for Test matches because people understand the sport,' Kohli said.

'It's literally living life over five days. There are so many ups and downs and even when you've done well you've got to keep coming back and doing it all over again,' he added. The ICC will introduce a 9 team two-year Test World Championship in 2019, alongside a 13-team ODI league as well as trial four-day matches.

Kohli is in favour of the forthcoming Test championship.

'I think that is going to give a huge push to Test cricket,' he said. 'It makes every series more competitive, and there's going to be ups and downs throughout the championship, which I really look forward to. The teams that love playing Test cricket are always going to be passionate about it.'

'And it also depends on the system you have back home as well. If you're not going to give more importance to first-class cricket, then people are going to lose motivation to play the longest format of the game,' he added.

'And with the T20 format coming in I think there's far greater responsibility on all the cricket boards across the world to treat first-class cricket really well, because if the facilities and the standard goes up, then the motivation always stays.'

The prolific scorer said predecessor Mahendra Singh Dhoni is the only captain he has picked up aspects of leadership from.

'Not really anyone before MS. I was always someone who kept talking to him about the game so even when I was really young, before I was made vice-captain, I would give him my suggestions.'

'I love thinking about the game and that's why I enjoy captaincy so much and I enjoy chasing totals so much. I love using my brain to figure out what needs to be done during the game.'

'I've learned the most from MS, standing so close to him at slip so many times and just observing him at close quarters.' 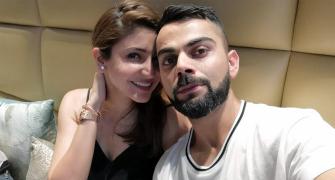 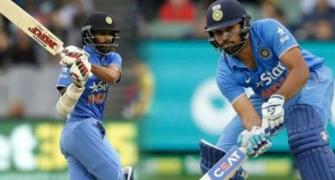 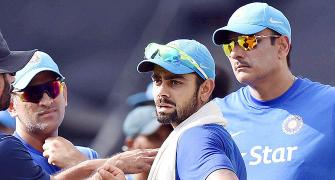 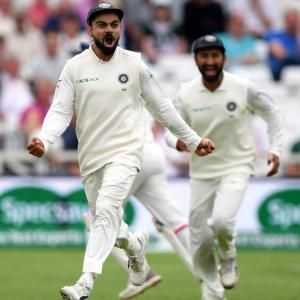