Rubel back in Bangladesh squad for India Test 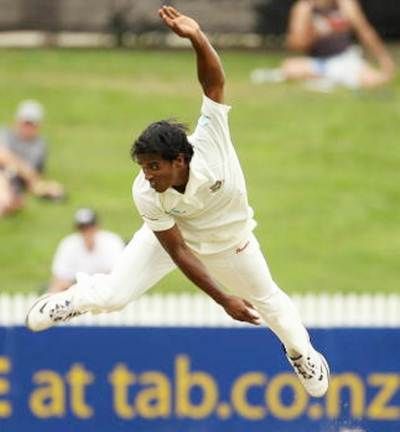 Rubel Hossain was named in Bangladesh’s squad for the one-off Test against India, at Fatullah, from June 10 to 14.

The pace spearhead, who missed the second Test against Pakistan last month due to a Grade 1 side strain, was declared fit to play and will replace the injured Shahadat Hossain.

Shahadat twisted his knee during the Test against Pakistan and pulled out after bowling only two deliveries.

He is ruled out for at least six months.

Skipper Mushfiqur Rahim will lead the 14-man side, in which uncapped wicketkeeper-batsman Litton Das was named as his cover.

Since Rahim, who is recuperating from a finger injury, is unlikely to keep wickets, the 20-year-old Das was included.