Riding on Joe Root’s ton and Moeen Ali’s half century (99 batting), England made most of the favourable conditions to finish Day 1 on 311/4.

Here are the statistical highlights from Day 1 of the 1st Test in Rajkot on Wednesday. 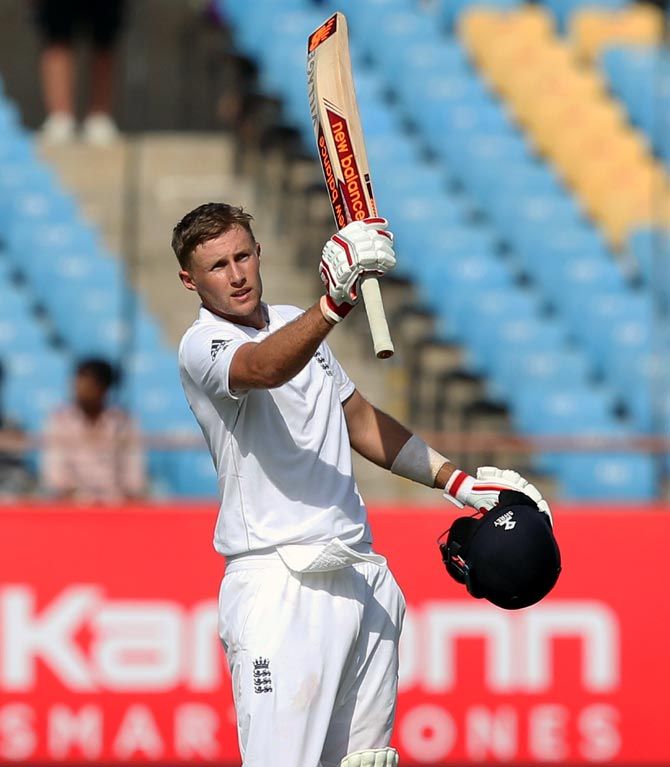 - Root puts England in command as India toil in Rajkot

-We were pretty comfortable against the spinners, says confident Root

#In 20 successive innings, not a single total of 300 or more was recorded by a visiting side in Tests on Indian soil before England's above total. The last 300-plus score by a visiting side was Australia's 408 at Mohali in March 2013.

#Root's splendid knock of 124 is his eleventh hundred in Tests -- his third vs India and his first in India.

#Root's brilliant record vs India is without parallel -- his tally being 735 runs in ten innings at an average of 105.00, including three hundreds and four fifties.

#Australia's Michael Clarke's 130 off 246 balls at Chennai in February 2013 was the last instance when a visiting batsman had scored a hundred on Indian soil before Root's century. In the previous 12 Tests, the highest by a visiting batsman was Mitchell Starc's 99 for Australia at Mohali in March 2013. #Moeen Ali's excellent unbeaten innings of 99 is his first fifty in seven Test innings vs India, obliterating his previous highest of 39 at Lord's in July 2014. The said knock is also his highest score in eleven Test innings in Asia.

#Moeen's above knock is his highest Test score away from home, surpassing the 68 vs Bangladesh at Chittagong in October 2016.

#Moeen is the 13th batsman to remain unbeaten on 99 at the end of the day's play. He is the fifth England player to accomplish the feat, joining Jack Hobbs, Wally Hammond, Graeme Hick and Allan Lamb.

#Ali and Root were involved in a stand of 179 -- England's fifth highest partnership for the fourth wicket vs India in India in Tests -- the highest being 214 between Paul Collingwood and Andrew Strauss at Chennai in December 2008.

#After winning eight successive tosses at home between November 2013 and October 2016, this is first instance that an Indian captain has lost a toss on Indian soil.

#Haseeb Hameed, at 19 years 297 days old, is the youngest England debutant to open the innings -- the previous youngest being Len Hutton, who had opened the innings, at the age of 21 years and 3 days, against New Zealand at Lord's in 1937.

#Hameed is the fifth youngest England debutant in Tests. 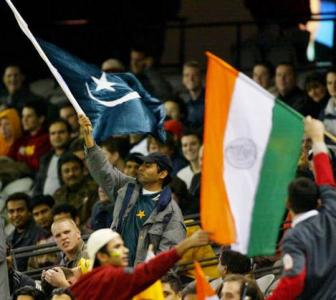 'If India doesn't want to play us in ICC events, we should get points' 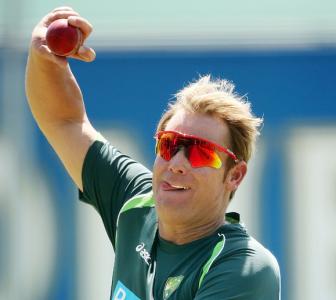 Warne offers himself up for Australia T20 coaching gig 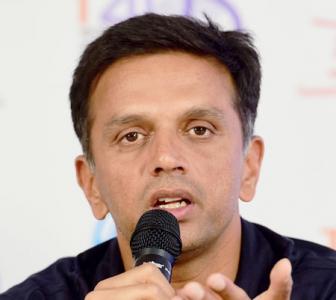 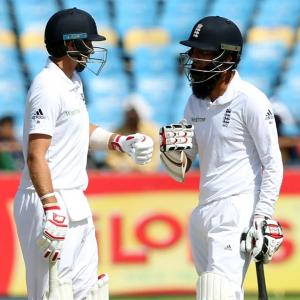 PHOTOS: Root and Moeen put England on top on Day 1