'Not thought about scoring five hundreds. I just go out there and do my job. Not thinking about all these kind of milestones' 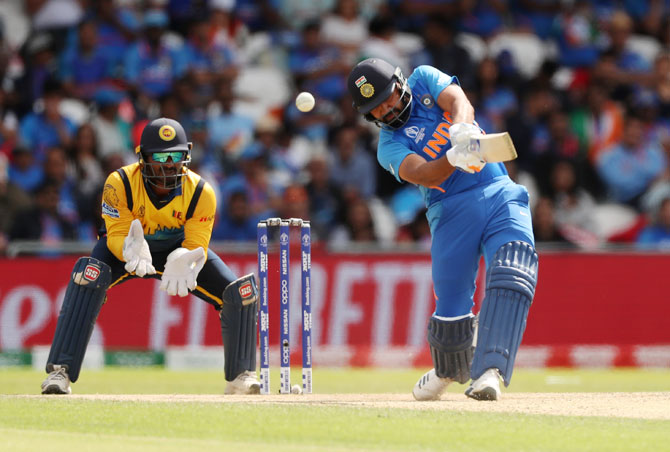 Rohit Sharma holds some jaw-dropping records in ODI cricket, including most centuries in a single World Cup, having scored his fifth ton of the ongoing edition in India's last league match in Leeds and he says discipline in his batting has played a part in his success.

Rohit, on Saturday, became the first batsman in the world to score five hundreds in a single World Cup with a magnificent 103 against Sri Lanka, eclipsing former Lankan captain Kumar Sangakkara's earlier record of most centuries in a single edition -- Sangakkara had four tons in the 2015 World Cup.

"There has to be some discipline as well in your batting and I have learnt that from my past," Rohit said after India beat Sri Lanka by seven wickets on Saturday.

"What has happened has happened. Every day is a new day in cricket. I want to start every day as a fresh day. I come out thinking I have not played any ODIs or scored any hundreds in the tournament. That is the mindset I want to get in and I keep telling myself that," he added.

Asked how he has been able to score big in this tournament, Rohit said, "The shot selection becomes important once you are in. I have to keep telling myself on what sort of shots I can play on that pitch and what sort of bowlers are bowling to me.

"I try and calculate how I want to go forward based on that. It has paid dividends so far," said the 32-year-old opening batsman who also holds the record of maximum double centuries in ODI cricket with three of them to his name.

He said his job was to win games for his team and not going after milestones.

"Not thought about scoring five hundreds. I just go out there and do my job. Not thinking about all these kind of milestones," said Rohit.

"I know if I play well, all these things will happen along the way. My job is to keep my head straight and get my team to the finishing line," he said.

"Although people around me keep talking about the hundreds, but that is the challenge as a sportsperson." 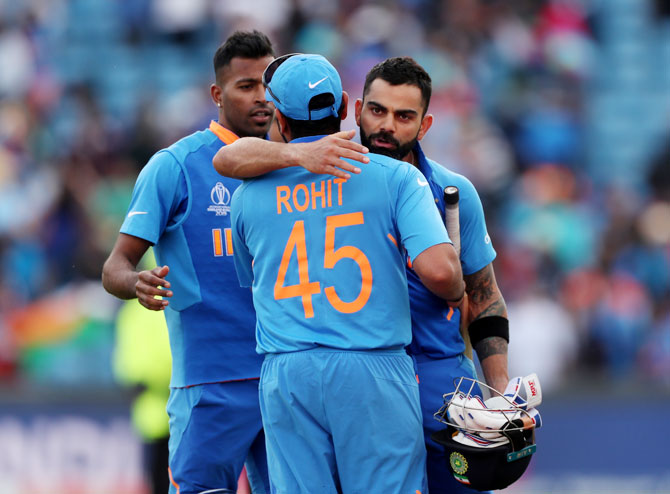 Indian captain Virak Kohli said the team did not expect this kind of scoreline heading into the semi-finals.

"We wanted to play good cricket. To be honest, we didn't expect this kind of scoreline heading into the semis. But that's what consistent performances and hard work get you. Really proud and happy of our team. Most amazing team to be a part of," he said.

Asked if the playing eleven for the knock-outs is settled, he said, "More or less everything is set. But we don't want to be one dimensional, I think the team that is more flexible on the day has more chances of executing what they want to.

"Obviously the dimensions and the pitches we play on will matter a lot. So we need a good balance in the side and whatever combination provides us, the balance we will go ahead with that.

"I really feel confident if we are batting first or bowling first as we are covered with all dimensions. From that point of view we are happy with where we are placed. It is just about turning up on the semi-final day and putting up a performance," the captain added.

Asked about India's semi-final opponent, he said, "The opposition has never mattered. We don't focus on what the opposition brings to the table.

"If we don't play well anyone can beat us and if we play well we can beat anyone. The focus has to be within and we are confident of our skill sets. We just want to go out there in the semi-final and express our skills and strengths as a team," he said.

"So regardless of who we will play, we want to play good cricket and get the result our way." 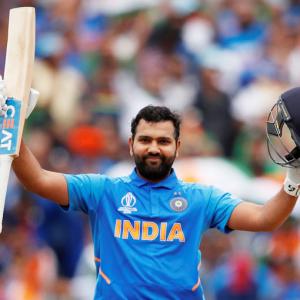 Most centuries by a batsman at a single World Cup 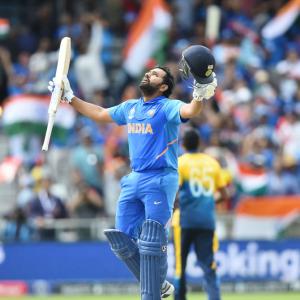