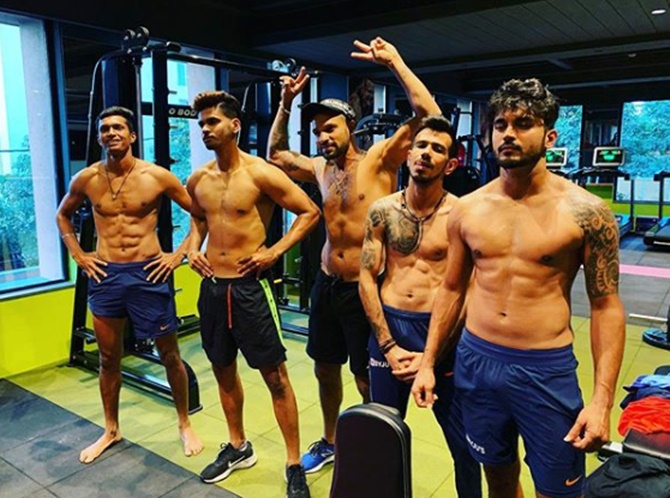 Every time, the Team India vice-captain Rohit Sharma and leg-spinner Yuzvendra Chahal have locked horns against each other on social media, the results have been hilarious.

The latest round of duel between the two took place after India’s emphatic series win in which Rohit played a sublime innings.

The right-handed batsman mercilessly trolled his teammate Chahal after a shirtless picture of the leggie was compared with Dwayne ‘The Rock’ Johnson. Rohit tweeted a photo of wrestler and actor Dwayne Johnson along with a shirtless picture of Chahal and wrote: “Best picture I saw today. India wins the series but someone else takes the headlines. Bravo!!” 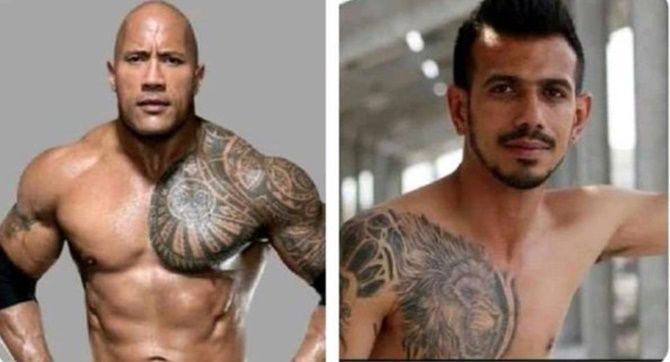 Rohit Sharma and Chahal share a good camaraderie. After seeing Sharma’s tweet, Chahal reacted: ‘The rock’ along with a flurry of emojis.

This is not the first time Sharma has had a go at Chahal over his muscles.

Team India on Monday left for New Zealand where they will be playing five T20Is, three ODIs and two Tests beginning on Friday at Eden Park.