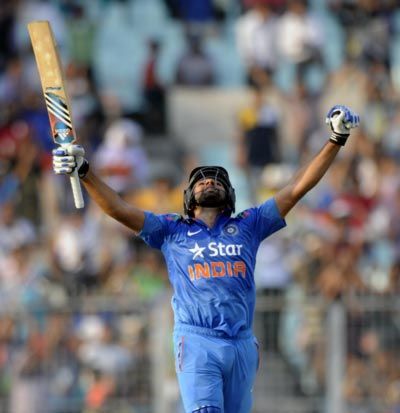 Rohit Sharma became the first batsman in the history of cricket to hit a world record second double century in One-Day Internationals.

He got to the coveted landmark off 151 balls in grand style, having hit 26 fours and five sixes, in the 46th over of India's innings in the fourth ODI against Sri Lanka in Kolkata on Thursday.

The Mumbai right-hander is the only batsman to hit two double centuries in the history of ODIs.

Virender Sehwag and Sachin Tendulkar are the other two who have scaled the 200-run mark in One-dayers.

Exactly a year back, Rohit had smashed 209 against Australia in Bangalore in November 2013.

Image: Rohit Sharma celebrates after completing a double hundred against Sri Lanka in the fourth ODI. 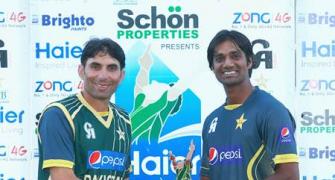 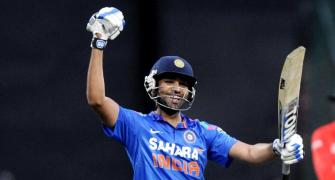 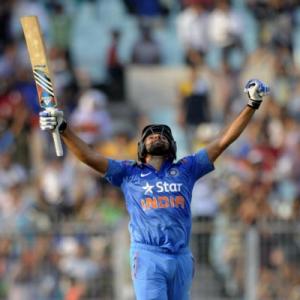 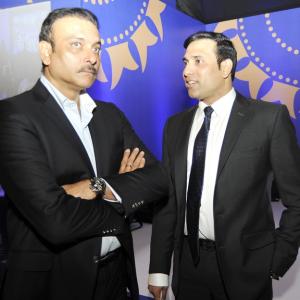