But it hasn't been an easy ride for the swashbuckling opener. Now, in striking form against Australia and New Zealand, and with his recent appointment as captain of the Kings XI Punjab team, 2020 looks like the year Rahul delivers on his promise. 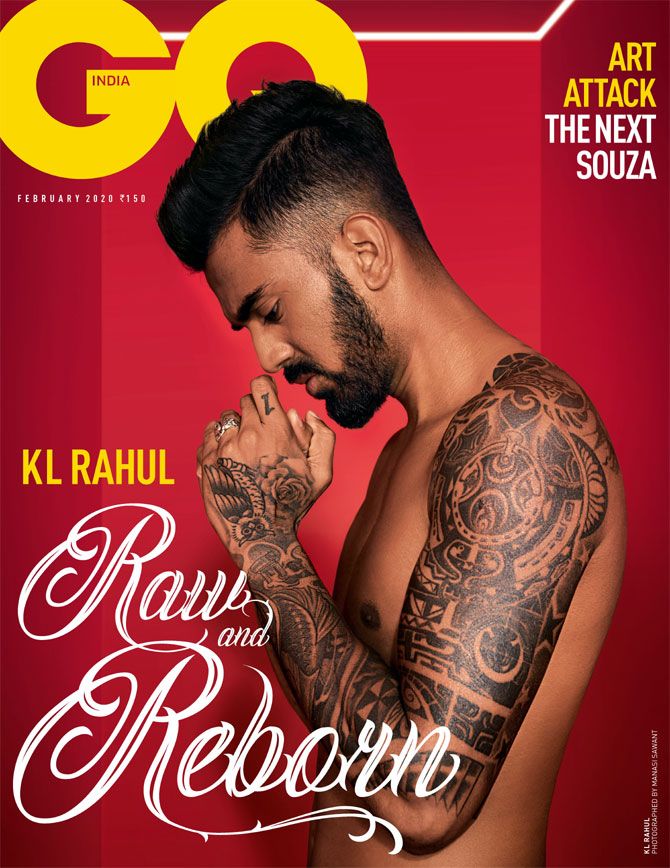 On the cover of this month's GQ India issue, Rahul reveals how each marking on his body has a story to tell, from his arms, back and all the way to his legs.

'Without much prompting, Kannur Lokesh Rahul rolls up his fashionably torn and faded jeans to show the tattoos on his leg,' writes Arun Janardhan in GQ India. 'There is one for every place he has visited -- for example, a compass to mark a trip to Australia, a horseshoe from Milan, a dagger engraved in Miami.'

'"I got my parents' names tattooed a long time ago. They were getting paranoid about how many tattoos I was getting, so I got their names and they never said anything after that," he says, offering a rare smile,' Janardhan writes in the cover story, with Rahul's photographs shot by Manasi Sawant.

A year ago, Rahul was pilloried for his comments on Koffee With Karan. Both Rahul and Hardik Pandya, his partner on Karan's couch, were suspended by the BCCI and fined Rs 20 lakh each.

'"Now, after a year, when people say 'time heals', 'everything happens for the best' etc, these cliched lines start to feel true",' Rahul tells Janardhan in GQ India. '"I personally needed a hit like that to wake up and know which direction I'm going in. I realised I wasn't good at anything else [except cricket]. I was too far into this, I'd chosen what I have to do and I had to give it everything".'

'"From there, my focus became better. It made me stronger and more disciplined".'

Janardhan notes that Rahul 'speaks in soft tones with only the occasional hint of a smile.'

'"I've worked hard on my poker face. What people see on TV is someone who's not expressive. I'm focussed on the game and stick to doing that. I'm happy having two different personalities",' Rahul tells Janardhan, adding that he 'likes to expand KL to stand for a self-motivating "King Lion".' His parents, both professors who live in Suratkal near Mangaluru, Janardhan says, would like Rahul to complete his B Com, 'because no amount of international fame can beat the basic necessity of a college degree.'

'"I have a job and I play cricket for my country, but that doesn't seem to keep them happy",' Rahul tells Janardhan. '"That's how we were raised -- education makes you sensible, to know [the difference between] what is right and wrong".'

'He paints a bleak picture of what a cricketer's life is like -- training, practice, gym, room service and lots of Netflix,' notes Janardhan.

'"We can't show everybody how hard it is to represent the country... We've had to work our asses off to get to where we are. We value it",' Rahul says in the GQ India feature. '"We have this beautiful opportunity -- God has been kind -- where we can afford to go to places where we can have fun and do things away from cricket. People don't like that. They want us to have fun, but not in the public eye. We don't want to let life pass us by -- we won't be 25 again".' 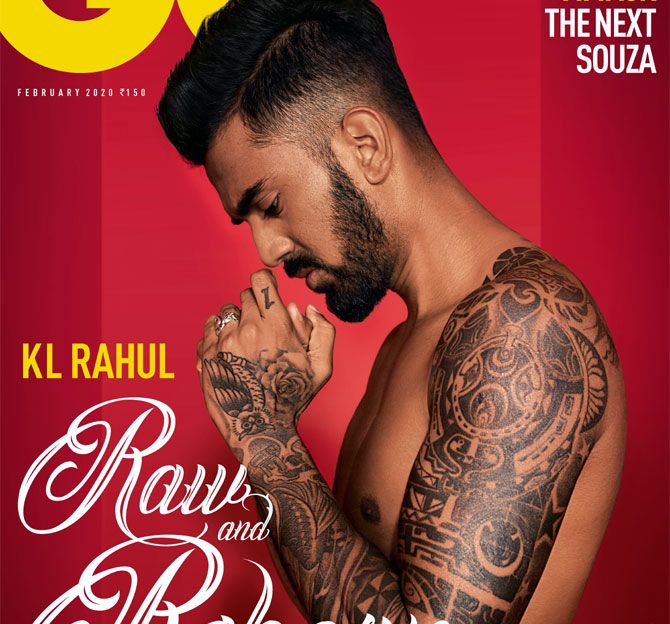 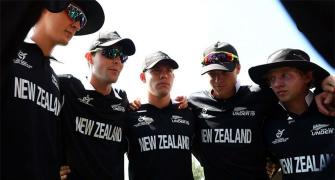 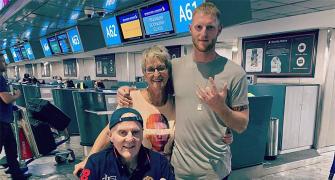 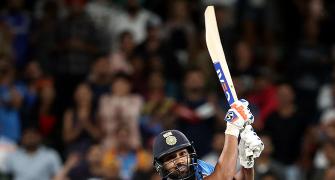 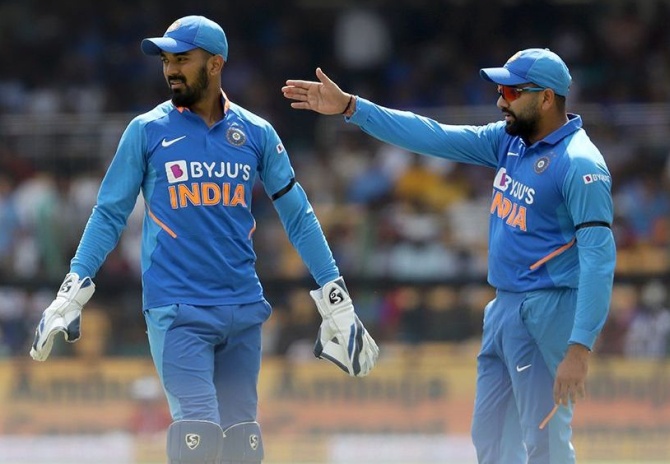