'Virat is a good player and an aggressive player. The key thing is to obviously keep him quiet and to make sure you set him up for the other one.' 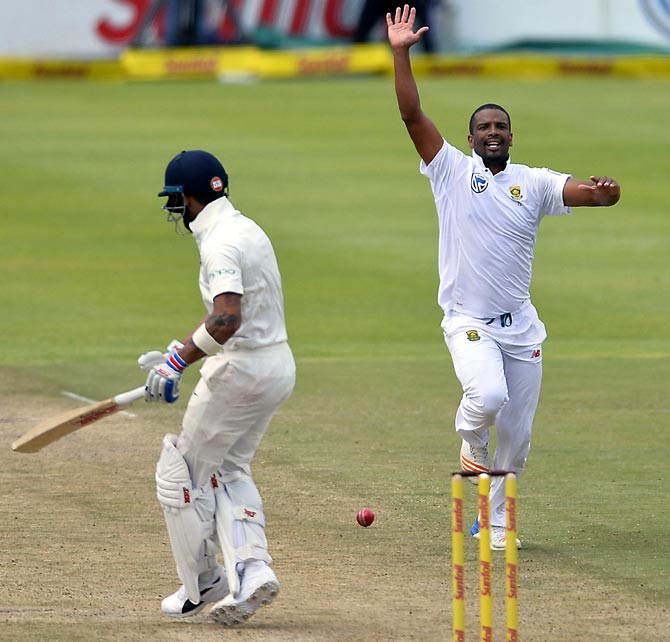 The plan was to keep Virat Kohli quiet and South Africa's wrecker-in-chief Vernon Philander said his team executed it to perfection during the 72-run win over India in the opening Test in Cape Town.

"Virat is a good player and an aggressive player. The key thing is to obviously keep him quiet and to make sure you set him up for the other one. Initially it was for me to keep him quiet upfront, and I always knew I had the one coming back," said Philander, who took a career-best six for 42.

"It was probably two-and-a-half overs of away-swingers and then the one back at him (Kohli). It was definitely a plan to keep him quiet, and also to drag him across to make sure that when you do bowl the other one, he is on the other side of the off-stump.

"I was not worried about his DRS review. I knew it was stone dead," he added, referring to the review asked by Kohli after the on-field umpire ruled him out.

Asked if he had told anything to Kohli after the dismissal, Philander said: "I never said anything to Virat. It was in the spur of the moment. I just tried to spur my boys on; that's what we tend to focus on.

"We knew Virat was a big wicket to get, and getting him there and then I was just trying to motivate my boys."

With 208 to defend against India, Philander said he knew he had to quickly take the responsibility of spearheading the pace battery and put his team in a good position.

"When you look at the type of score that you have to defend, 208, someone has to make the play. You can't wait for later in the game – because there might not be a 'later on in the game'," he said.

"I knew that I had to bowl overs upfront and put us in a good position, and I just wanted to bowl and make a difference." 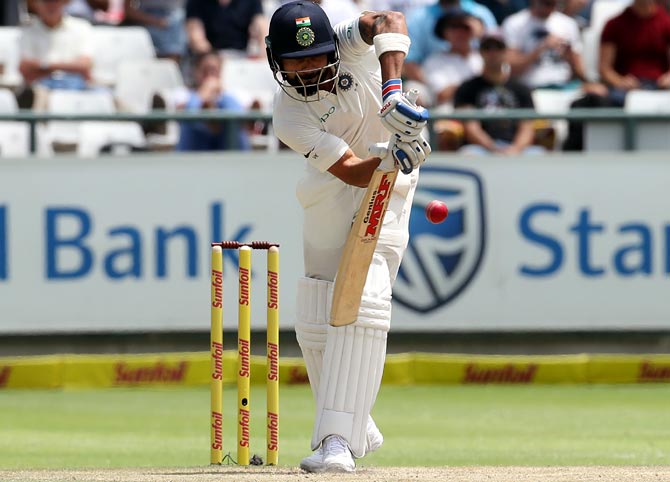 His 12th five-wicket haul in Test cricket also included the prized wicket of Ravichandran Ashwin, who had conjured up hopes of a revival for India with a fighting 37.

The 32-year-old seamer credited his skipper Faf du Plessis for the tactics of having Quinton de Kock standing up to the stumps to get rid of Ashwin.

"You have to be open to those suggestions, but I will have to give this one to 'Faffie' (du Plessis)," he said.

"Ashwin, at the time, was batting quite far out of his crease, and the wicket was a touch on the slow side and the ball was a bit older. I also felt that by pushing him back we could get all three dismissals into play."

Ashwin shared a crucial 49-run eighth wicket stand with Bhuvneshwar Kumar to resurrect India's second innings after they were reduced to 82 for 7.

"You just have to remain calm. We had it in out arsenal to get those last three wickets. The team with the calmer head was going to come out on top," said Philander.

"Coming out after Tea I was a bit on the stiff side and I had to bowl two or three overs to get myself going. Just before that last over I bowled, 'Faffie' was going to bowl Morne, and I said to him, 'Listen, I'm actually warm now, so just give me one more'. Luckily it paid off," he added.

Philander had to face criticism due to his lack of fitness during the four-match Test against England last year and he said he initially took it 'personally' before deciding to work on his fitness.

"I like people to be constructive and open and honest with us as players. There are two ways of taking it - you can take it personally and fade away, or you can take it on board and make a play," he said.

"I took it a bit personally up front, you are all obviously human, but you try to get over it as quickly as possible, get better, do some work behind the scenes and come back stronger."

With match-winning figures of 9-75 on his home ground, Philander gave South Africa a 1-0 lead in the three-Test series and he was all praise for the Newlands' pitch.

"Day one was a lot faster than we thought it was going to be. I walked out there and the spikes went straight in, and I said to Faf, I think it's going to be a touch on the slow side because of the moisture in the wicket," he said.

"But it surprised all of us and was a lot harder than what we thought it's supposed to be. But it was a good cricket wicket," he added.

Get Rediff News delivered into your Inbox.
Source: PTI© Copyright 2020 PTI. All rights reserved. Republication or redistribution of PTI content, including by framing or similar means, is expressly prohibited without the prior written consent.
Related News: Vernon Philander, Virat Kohli, South Africa, India, IMAGE
SHARE THIS STORYCOMMENT
Print this article 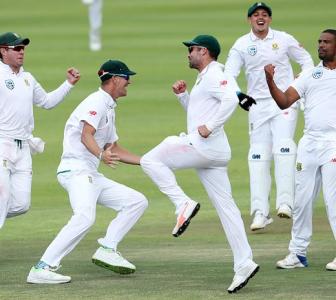 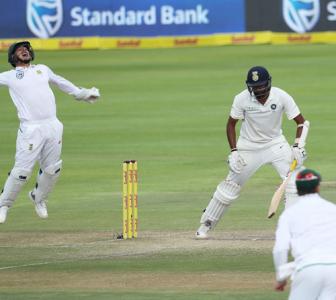 How India snatched defeat from the jaws of victory at Newlands 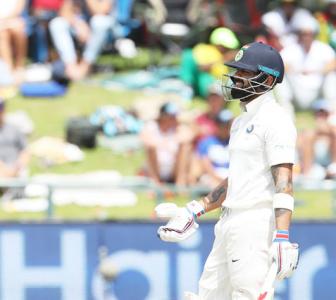 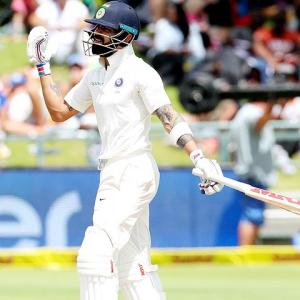 PHOTOS: When Virat & Co. failed to live up to the hype 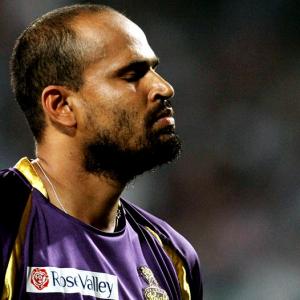