‘Pakistan was that one team against which I always loved hitting boundaries, especially against Shoaib Akhtar’ 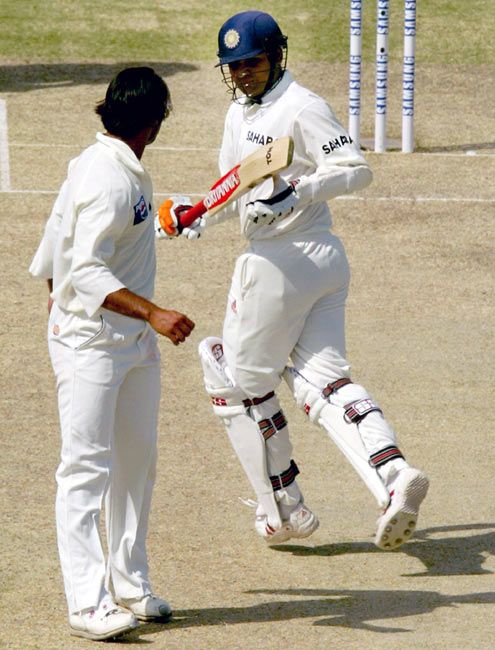 Rubbishing reports that he sent a two-line resume to apply for the post of India coach, former cricketer Virender Sehwag said that if he had to send such a short application, his name itself would have been ‘enough’.

Sehwag, who is popular on social networking site Twitter for his witty remarks, said he sent a CV which was fully compliant with the Board of Control for Cricket in India norms.

“I would be happy to get that two line CV from the media source. If I had to send a two line resume, my name was enough," Sehwag said in an interview with 'UCWeb'.

Sehwag said he loved to punish the Pakistani bowlers, especially speedster Shoaib Akhtar, by hitting them for boundaries.

"Pakistan was that one team against which I always loved hitting boundaries, especially against Shoaib Akhtar who used to bowl at 150 km/h," he said.

Sehwag, however refused to react to to Rashid Latif's disparaging remarks on him that the Indian cricketer was suffering from ‘piles of mouth’.

Latif said this in response to a Sehwag tweet ahead of India-Pakistan Champions Trophy final on Sunday, which also happens to be Father's day worldwide.

When told about Latif's comments, Sehwag said, "This eventually portrays Rashid Latif’s character. I haven't seen that video and neither do I want to. Whatever I had said was in good spirit and it should have been taken with a pinch of salt," he said.

Sehwag said he foresees India winning the Champions trophy by winning the final against the arch-rivals.

The aggressive former batsman revealed that he rates Sourav Ganguly as the best Indian captain. He also spoke on the importance of Sachin Tendulkar's guidance in his progress as a cricketer.

"Sourav taught me how to keep patience and is my all-time favourite Captain. On the other hand, Sachin gave me confidence, broke my superstitions and playing with him was like playing with the wall, you could play without any tension and hit boundaries freely," he remarked.