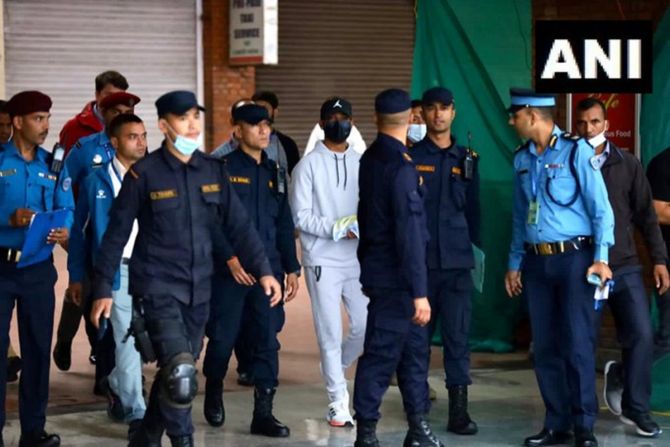 Former Nepal cricket captain Sandeep Lamichhane has been arrested and taken into custody on charges of raping a minor, following his arrival at the Tribhuvan International Airport in Kathmandu.

Lamichhane had taken to his official social media profile earlier in the day to inform that he will return to Nepal to ‘fully cooperate in all stages of investigation,’ and that he will ‘fight legal battle to prove my innocence’.

Earlier, Lamichhane had posted a note on his official Facebook profile where he stated that he will seek justice, and denied any wrongdoing. 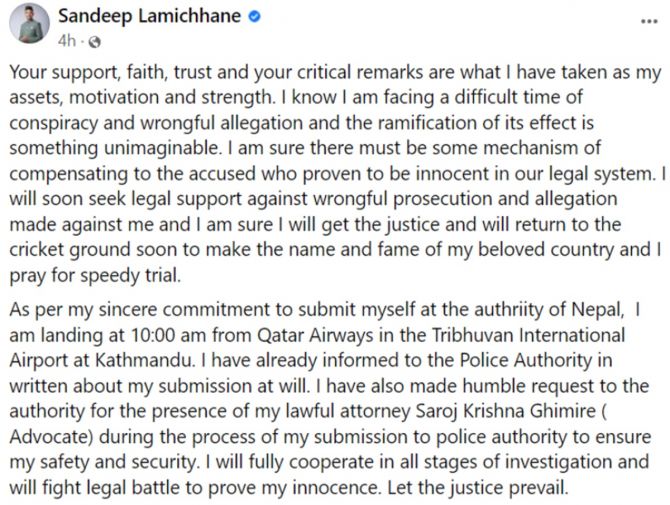 The 25-year-old has denied any wrongdoing announcing to seek legal support against wrongful prosecution and allegations.

"I am sure I will get justice and will return to the cricket ground soon to make the name and fame of my beloved country and I pray for a speedy trial. I will fully cooperate in all stages of the investigation and will fight a legal battle to prove my innocence. Let the justice prevail."

A girl, 17, filed a case alleging that Lamichhane took her to various places in Kathmandu and Bhaktapur on August 21 and brought her to a hotel in Sinamangal of Kathmandu where she was raped the same night.