Railways seamer Anureet Singh's five-wicket haul kept them in the hunt for the quarter-finals as they got three crucial points against Jammu and Kashmir by virtue of a first innings lead in a rain-curtailed Group B league match of the Ranji Trophy, in a home tie in New Delhi on Saturday.

After losing the entire second day and half of the third day’s play, Railways on the final day, after a two-hour delay, made a sporting declaration of their first innings at 234 for five leaving J&K with two sessions to score the runs.

Under slightly overcast conditions, Anureet and Upadhyay bowled in good areas and hit a perfect length to trouble the J&K batsmen.

While Paschim Pathak's poor umpiring could have hurt Railways as he ruled out couple of plumb leg-before decisions, Anureet and Krishnakant then got their men bowled out.

Skipper and wicketkeeper Mahesh Rawat after his quick-fire 45 also effected a smart run-out with a reflex throw to send back the opposition's batting mainstay Ian Dev Singh (13).

Once Mali got rival skipper Parveez Rasool edging one to India international Karn Sharma at first slip, with the scoreboard on 75, it was difficult for J&K to come back in the game.

Credit should also be given to Railways coach Harvinder Singh, the man who initiated the declaration at lunch.

Railways with 13 points from six games are in fourth position in Group B while Jammu and Kashmir with 12 points from seven games have to depend on other results and a big win with bonus points in order to get into the next stage.

Railways play Bengal in Kolkata in the next round starting January 29, while J&K travel to Indore for their next game against Madhya Pradesh.

Delhi's impressive streak of wins finally ended as Maharashtra eked out three points on the basis of a first-innings lead, although the already-qualified visitors maintained their numero position in the Ranji Trophy cricket tournament in Pune on Saturday.

Resuming at their overnight score of 185 for five, Maharashtra's second innings ended at 366 with Shrikant Mundhe producing an aggressive century at the Maharashtra Cricket Association Stadium. Mundhe's 104 came off 119 balls, the innings was inclusive of 12 fours and five sixes.

Before Mundhe, Chirag Khurana and Rahul Tripathi had contributed 80 and 66.

For Delhi, Parvinder Awana picked up 4/68, while there were two wickets apiece for Vikas Tokas and Sumit Narwal respectively.

In their second innings on the fourth and final day, Delhi were 78 for three wickets at the close of play in the Group B match.

Table-toppers Delhi, who have already qualified for the semi-finals, took a point from the match, while the hosts collected three.

The Ranji Trophy Group B cricket match between Uttar Pradesh and Bengal ended in a draw as not even a single ball was bowled on the fourth and final day, in Ghaziabad on Saturday.

Bengal had scored 141 for four on day one and since then no further play was possible due to bad weather conditions. Karnataka batsmen running between the wicket during their Ranji match against Baroda in Mysore on Saturday. Photograph: PTI

Visitors Baroda collected three points by virtue of a first-innings lead in their Group A Ranji Trophy cricket match against Karnataka in Mysore on Saturday.

Choosing to bat, Baroda made 335 in their first innings and then bowled out Karnataka for 302. The slender 33-run lead proved to be crucial in the end for the visiting side at the Srikantadatta Narasimha Raja Wadeyar Ground.

On the fourth and final day on Saturday, Karnataka's innings stopped at 153 for seven in 65 overs, with lower-order batsman Shreyas Gopal top-scoring with a 142-ball 51 that included four boundaries.

For Baroda, Sagar Mangalorkar emerged the best bowler, returning impressive figures of 4/54 including the wicket of Manish Pandey.

Chasing 287 for an outright win in 67 overs, Karnataka were off to a disastrous start losing both their openers Robin Uthappa and Lokesh Rahul for naught. Their challenge ended there as the hosts managed only 153 for seven before close of play.

Off-spinner Akshay Wakhare bagged a career-best seven wickets 7 for 70 to run through Gujarat’s batting line-up in a sensational bowling display and set up Vidarbha's 120-run victory in their Ranji Trophy cricket match in Surat on Saturday.

Gujarat were dismissed for just 175 in 70 overs in their second innings at the Lalabhai Contractor Stadium, thanks to Wakhare, who had also taken six wickets in the first innings, taking his match tally to 13 for 163.

Vidarbha declared on their overnight score of 307 for 8, setting Gujarat a challenging 296 for the win on the fourth and final day.

The hosts, however, failed to get going in their chase, as regular blows from Wakhare prevented the team from building any significant partnerships.

Captain Parthiv Patel put up a lone fight, scoring an unbeaten 73, but none of his team-mates gave him support and Gujarat folded in 70 overs. 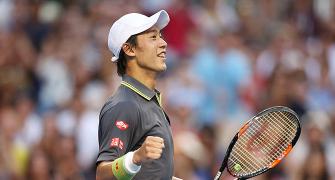 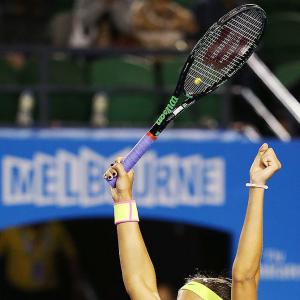 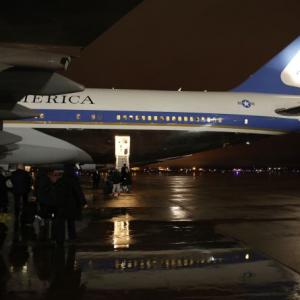