IMAGE: Manoj Tiwary's 136 was the highlight of an inconsequential fifth day's play as Bengal advanced to the semi-finals of the Ranji Trophy on the basis of their massive first-innings lead. Photograph: BCCI Domestic

Seamlessly juggling politics and cricket, Manoj Tiwary on Friday created a record of sorts in the 88 years of Ranji Trophy -- score a hundred while being a sitting minister in a state government.

Without an iota of doubt, Tiwary's 136 was the highlight of an inconsequential fifth day's play as Bengal advanced to the semi-finals of the Ranji Trophy on the basis of their massive first-innings lead.

In between signing files related to his constituency, Tiwary, a sitting minister of sports and youth affairs in the Mamata Banerjee-led West Bengal government, struck 19 fours and two sixes.

There were notable contributions once again from other Bengal batters such as Shahbaz Ahmed (46), Anustup Majumdar (38) and Abhishek Porel (34). It is worth recalling that Ahmad, Majumdar and Porel all scored big in Bengal's first innings too.

Throughout the quarter-final game, which looked one-sided from the onset, with Bengal posting a mammoth 773 for 7 in their first innings with all their top nine batters hitting at least a half century, smashing a 250-year-old record in first class cricket.

The only consolation for Jharkhand was that Shahbaz Nadeem bagged 5 for 59.

While Nadeem performed with the ball, Virat Singh shone with the bat for Jharkhand, scoring an unbeaten 136 in the first innings.

Bengal will take on Madhya Pradesh in the semi-final and have a shot at qualifying for back-to-back Ranji Trophy finals. Mumbai and Uttar Pradesh will face off in the other semi-final. Both matches will kick off in Bengaluru on June 14. 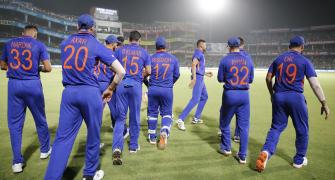 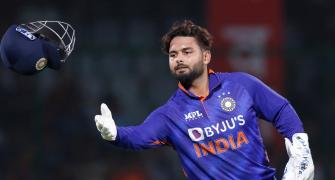 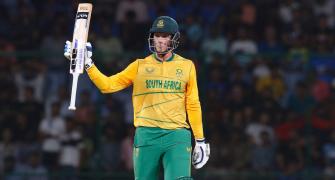