A summary of Wednesday's action in Ranji Trophy matches across the country. 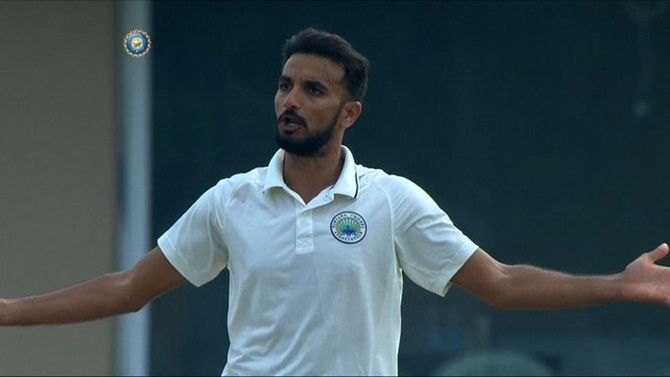 Middle-order batsmen Manpreet Juneja and Dhruv Raval added 181 runs in a counter-attacking fifth-wicket stand to keep Gujarat on course for the first innings lead on the second day of their Ranji Trophy Group A game against Delhi, in Delhi, on Wednesday.

The hosts starting the day on 270 for 6 could add only 23 runs to their overnight score, finishing with a below-par first innings total of 293. Rush Kalaria (5/78) had the best figures for the visitors.

Gujarat were in trouble at 88 for 4, but Juneja, who played in the IPL for erstwhile Delhi Daredevils and also scored hundred for India A in a 'four-day Test' few years back, struck an unbeaten 88 off 135 balls to steady the ship.

Left-handed Raval (83 batting off 139 balls) was lucky to get a reprieve after being adjudged leg-before off Kulwant Khejroliya after bowler was found to have over-stepped.

While Delhi were looking good till an hour after lunch, things changed when Dhruv Shorey introduced rookie leg-spinner Tejas Baroka into the attack.

Baroka leaked runs, giving away 52 in his wicketless 11 overs but, more importantly, eased the pressure on the two Gujarat batsmen, who scored nearly five runs per over off him.

He was milked for runs and skipper Shorey was forced to post a fielder in the deep to stop the batsmen from hitting Baroka for fun.

The lanky wrist spinner never found his spot and mostly bowled half-volleys which made it difficult for the bowlers who operated from the other end.

This was after Himmat Singh, at second slip, took a splendid diving catch off Kunwar Bidhuri's (1/32 in 7 overs) bowling to remove Bhargav Merai (18).

Delhi's best bowler of the season, Simarjeet Singh (2/58 in 17 overs) again bowled with a lot of heart during his multiple spells but the morning one with new ball was the best.

He removed Gujarat skipper and current India A opener Priyank Panchal with a moving delivery that landed in the hands of wicketkeeper Anuj Rawat.

Debutant Siddhant Sharma (1/53 in 16 overs) was steady as he removed Rujul Bhatt cheaply.

Simarjeet also had senior opener Samit Gohel (51) in his second spell after lunch and then Merai's dismissal made it 88 for 4.

Rajkot: Sheldon Jackson hit a stroke-filled 85 to put Saurashtra on the verge of securing a vital first innings lead against Mumbai on the second day of their Elite Group B Ranji Trophy match.

Saurashtra bundled out Mumbai for 262 and then rode on Jackson's gritty 85 to end the second day on 257 for 6. They trail by just five runs.

Saurshtra skipper Arpit Vasavada (46) and Chirag Jani (45 not out) also made valuable contributions to take the game away from the 41-time Ranji Trophy champions.

Saurashtra lost opener Snell Patel (4) early. Then Mumbai offie Shashank Attarde dealt a double-blow to the hosts, removing the other opener, Harvik Desai (33), and Divyaraj Chauhan (22) in quick succession to leave them teetering at 73-3.

Jackson and Vasavada then began the rescue act by stitching a 82-run stand for the fourth wicket. After playing patiently, Vasavada upped the ante.

However, left-arm pacer Royston Dias trapped Vasavada in front of the wicket and brought Mumbai back into the game.

Prerak Mankad (1) too fell cheaply as Saurashtra lost half their side at 173. The fall of wickets did not deter Jackson from playing his shots even as he found an able partner in Chirag Jani, who held one end up.

Jackson, in his 151-ball innings, hammered 10 fours and one six.

He, however, missed a hundred, edging one from Vinayak Bhoir to wicketkeeper Aditya Tare at the fag end of the day.

Jani and Dharmendrasinh Jadeja (9 not out) were unbeaten when stumps were pulled off.

Earlier, Mumbai added 13 runs to their overnight tally before being dismissed for 262. It took Saurashtra only 17 minutes to wrap up Mumbai's innings, with Kushang Patel dismissing Shams Mulani (60) and Tushar Deshpande (6).

Tamil Nadu racked up 490 for 7 declared after bowling out the home team for 174, built on Mukund's splendid knock and his big opening partnership with L Suryapprakash (75)

At Shimoga, Madhya Pradesh are trailing Karnataka by 366 runs after the latter posted a mammoth 426 in their first essay.

Rohtak: Skipper Harshal Patel starred with four wickets in each innings as Haryana posted a seven-wicket win over Assam on the second day of their Ranji Trophy Group 'C' match.

Trailing by 101 runs, Assam scored 197 in 56.5 overs in their second innings, leaving the hosts with 97 runs for victory.

Patel (4/49) snapped four wickets to add to his first innings haul of four for 32.

Haryana then reached the target in 20 overs, with Ankit Kumar scoring 30 and Shivam Chauhan (26 not out) and Chaitanya Bishnoi (21 not out) producing unbeaten knocks.

Earlier, the home team could not add to its overnight score of 198 as an injured Tinu Kundu did not bat.

Assam did not have a great start in the second innings and lost opener Kunal Saikia, who was caught in the slips by Himanshu Rana off medium-pacer Ajit Chahal for a duck.

Shubam Mandal (6) and Rishav Das (8) staged a minor recovery, taking the score to 21. However, Das and Mandal fell in the space of two runs.

Chaitanya Bishnoi got Parag with his left-arm spin, having him caught by Ankit Kumar.

When the two looked set to defy the Haryana attack for long, Sharma was sent packing by medium-pacer Ashish Hooda.

Jain continued to look for runs and reached his half-century from 80 balls and extended Assam's lead.

However, Patel (4/49) hastened Assam's end by taking three of the last four wickets, including that of Jain.

Rohilla and Himanshu Rana (7) were dismissed in quick succession but Shivam Chauhan and Chaitanya Bishnoi took the team home without any further jolts.

The win took Haryana's tally to 30 points and they are now placed fourth in the group.

In another match, Services crushed Uttarakhand by 10 wickets to pick up seven points. 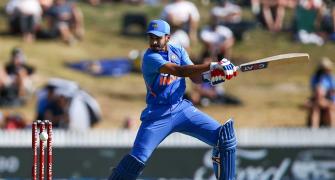 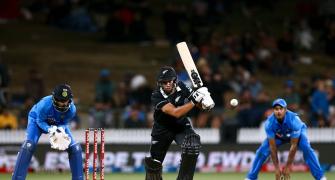 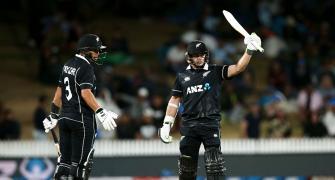 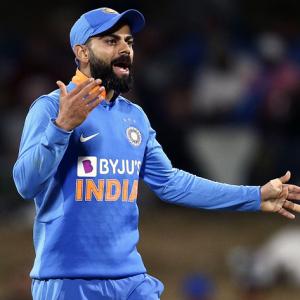