Debutant medium pacer Balwinder Singh Sandhu (Jr) bagged five wickets but Mumbai let Punjab off the hook as the visitors rode on number seven batsman Bipul Sharma's half century to post 226 on the opening day of their concluding Elite Group A Ranji Trophy match in Mumbai on Wednesday.

Sandhu swung the ball both ways right through the day to finish with fine figures of five for 66. He was well-supported by fellow-seamer Kshemal Waingankar (3 for 80).

However, the hosts failed to tighten the noose around the visitors after having them reeling at 91 for six at lunch at the Wankhede Stadium.

Sharma scored 68 in six minutes over three hours. He struck five fours and three sixes in his 164-ball essay to help Punjab to a total that looked beyond them when they were 0 for 2 and then 87 for six just before lunch.

At stumps, Mumbai had replied with 22 for no loss, with openers Kaustubh Pawar (5) and Praful Waghela (12) at the crease.

The dismissal of Punjab's batting mainstay of the season Mayank Siddhana for 34, caught in the leg trap off off Ramesh Powar at the stroke of lunch, left only the lower order to rally them around and Bipul did it with support from the tail.

Mumbai also missed the presence of Avishkar Salvi, who suffered a side strain after bowling just nine balls and dismissing opener Sarul Kanwar for a duck off the second ball.

The lanky medium pacer was off the field for the rest of the day and is unlikely to play any further part in the match, according to Mumbai Cricket Association sources.

To make matters worse for the home team was the groin injury sustained by wicketkeeper and opener Sushant Marathe, who fell to the ground after leaping high to his left to try and stop a bouncer from Waingankar. He too is doubtful for the rest of the four-day tie.

Punjab, with only 15 points in their kitty and needing an outright victory to ensure a berth in the quarter-finals, started the proceedings on the wrong foot.

Put in by Mumbai captain Wasim Jaffer, the visitors lost their openers Kanwar and Ravi Inder Singh without scoring to be two down after only nine balls.

Kanwar edged Salvi to stumper Marathe and Inder Singh was caught by Pawar in the leg trap off Sandhu, giving the debutant his maiden first class wicket.

Luck seemed to have smiled on them with Salvi's abrupt departure to the dressing room after bowling just three balls in his second over.

But Waingankar, replacing Salvi, struck a big blow after 15 runs were put on the board when he had the experienced one-down Karan Goel caught behind for 10.

A brief partnership ensued between Siddhana and Amitoze Singh before Sandhu dismissed the latter for 19 with 74 on board and then Mumbai were on top when Siddhana, looking confident, was caught bat-pad at short leg off Powar.

Rahul Sharma (13) lasted a while on either side of lunch before Waingankar had him caught at mid wicket pulling a short ball and the end was in sight with Punjab on 106 for seven.

The eighth-wicket stand produced 51 runs and after the fall of Harmeet, Bipul Sharma added 45 runs with Navdeep before Waingankar bowled Sharma.

All-rounder Stuart Binny struck an aggressive unbeaten 86 to steer Karnataka to 300 for 7 on the opening day of their Elite Division match against Uttar Pradesh in Shimoga.

Binny smashed nine fours and two sixes during his 109-ball knock after Karnataka were asked to bat by the visitors in their last Group A match at the Jawaharlal Nehru College of Engineering ground.

Bharat Chipli chipped in with a 95-ball 51 while opener K B Pawan contributed 40. The other opener and India discard Robin Uthappa scored 23.

For Uttar Pradesh, pacer Imtiyaz Ahmed was the most successful bowler with figures of three for 73 while Bhuvneshwar Kumar scalped two wickets. India discard R P Singh and Arish Alam took a wicket each.

Karnataka, however, will look to maintain their unbeaten streak in the tournament, having won twice and drawn four times before this match.

Gujarat rode on fine bowling spells from medium pacers Mehul Patel and Ishwar Choudhary to bundle out Haryana for a modest 207 after the visitors elected to bat on the opening day of their Ranji Trophy Elite division match at the Lalabhai Contractor Stadium in Surat.

Haryana's batsman failed to gather any momentum as the hosts struck at regular intervals to put the brakes on scoring.

The visitors had an inauspicious beginning to their innings as they lost opener Nitin Saini (0) in the second over of the day to Ashraf Makda in the Group B match.

Rahul Dewan (27) and Sunny Singh (69) put on a vital 57-run partnership for the second wicket before Mehul struck in the 19th over to reduce the visitors to 59 for two.

Prateek Pawar, who walked in following the dismissal of Dewan, looked to support a well-set Singh but, with Ishwar removing him at the score of 93, the going never seemed easy for the visitors as they failed to build on any substantial partnership thereafter.

With Sunny succumbing to Mehul in the 47th over with the score at 126 for five, it looked all but over for the visitors, who toiled hard to cross the 200-run mark.

The only other notable contributions came from the blade of skipper Amit Mishra (25) and Jayant Yadav (26).

In response, the hosts were 46 for 1 at draw of stumps, with Priyank Panchal unbeaten on 22 and Niraj Patel not out on 21.

However, Parthiv Patel's miserable run with the bat continued as he was dismissed on the first ball of Gujarat's innings.

Murali Vijay top-scored with 83 runs as Tamil Nadu amassed 294 for 4 against Madhya Pradesh on the opening day of their Elite Group B match, in Chennai.

Apart from Vijay, Kaushik Gandhi (80) and Dinesh Karthik (60 batting) struck half-centuries as the hosts replied confidently after being asked to bat.

Gandhi, who made his first-class debut only last month, put on an 88 run partnership with Vijay after the hosts lost opener Abhinav Mukund (21).

Kaushik also put on 63 runs with S Badrinath (32) before the latter was scalped by Amarjeet Singh.

Karthik, who came to crease at the fall of Badrinath, was unbeaten on 60 with R Prasanna (10) at close of play.

For MP, paceman Amarjeet Singh was the pick of the bowlers, returning figures of 2-79 in 19 overs.

Resolute half centuries from Vineet Saxena and skipper Hrishikesh Kanitkar propelled defending champions Rajasthan to 209 for 3 on the opening day of their Elite division match against Orissa at the Sawai Man Singh stadium in Jaipur.

Put in to bat by the visitors on a wicket that had a tinge of green, Rajasthan lost former India opener Aakash Chopra (7) in the eighth over of the day before Saxena (74) and Kanitkar (64) combined to add valuable 149 runs for the second wicket.

However, the fall of both well-set batsman in quick succession came as welcome relief for the Orissa bowlers, who otherwise had to toil for rewards.

Saxena, who hit a fine hundred in the previous match against Saurashtra, continued the good work to notch yet another half-century that was laced with eight hits to the fence, while Kanitkar looked at ease during his 178-ball stay at the crease before Biplab Samantray accounted for his wicket in the Group A match.

Saxena followed suit a few balls later as Alok Mangaraj got through his defense to leave the hosts at 158 for 3.

Rajasthan, who are chasing a big victory to keep their hopes of a knockout berth alive, were at that stage not very comfortably placed, but Robin Bisht (24) and Rashmi Ranjan Parida (25) batted sensibly to help them to a respectable position at the draw of stumps.

For the visitors Deepak Behera, Mangaraj and Samantray shared a wicket each.

Saurashtra coach Debu Mitra blasted the Railways team management for preparing a track which he feels is not conducive for a first-class match after 18 wickets fell on the first day of the Ranji Trophy tie at the Karnail Singh Stadium in Delhi on Wednesday.

Needing an outright win to qualify, the home team's ploy of preparing a track, where the ball would jump and turn, backfired completely.

After Saurashtra were bowled out cheaply for 171, one couldn't have imagined that Railways would be reeling at 71 for eight by stumps on the first day.

With Railways already trailing by 104 runs and two wickets remaining, there are doubts whether the match would will after first session on third day.

"I have never seen such a strip in my 45 year career as cricketer and then as a coach. What's the point in having a first-class match on such a wicket? Actually, they didn't even bothered to work on the strip and left it as it is after their last game," a furious Mitra, better known as Sourav Ganguly's childhood coach, told reporters after the end of day's play.

Asked whether Saurashtra Cricket Association will file a complaint with the BCCI about the strip, Mitra replied, "SCA is waiting for my report and accordingly they would decide their course of action. But didn't the home team think even once that how can there be good cricket in the fourth innings on such a strip."

Left-arm spinner Ravindra Jadeja, who took six for 22 in only 8.5 overs, was unplayable as some of his deliveries turned square and also took off awkwardly having batsmen like Sanjay Bangar, Nitin Bhille, M Suresh in a fix. He was complemented well by offie Kamlesh Makvana, who has taken two for 32.

Only Mahesh Rawat (31 batting, 30 balls, 4x4, 1x6) showed some positive intent as he tried to use his feet in order to negate the turn.

In the morning, it was another left-arm spinner Ashish Yadav (4-35) who turned out to be the most successful among home team bowlers.

Bangar surprised one and all by opening the bowling with veteran offie Arlen Konwar (2/35). Chirag Pathak (20) and Sheldon Jackson (39) added 59 for the first wicket. But things went haywire for the visitors after that as it wasn't a track where one can survive by merely defending. 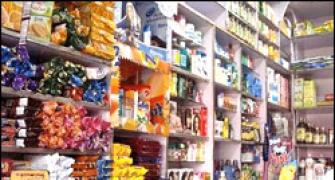 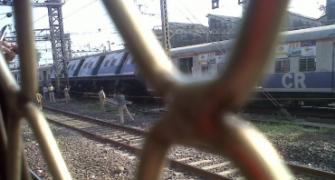 How Andhra Pradesh will deal with fake currency operators