Former India batsman Hemang Badani scored a fighting, unbeaten 84 while Shalabh Shrivastava a sedate 63 to help Vidarbha post 219 for 8 against Baroda on the opening day of their Ranji Trophy Group B match in Vadodara, on Friday.

Badani's patient 84 came off 221 balls while Shrivastava faced 129 deliveries during his impressive knock.

Badani stitched two crucial partnerships  first 97 runs with Shrivastava and then 53 with Amol Jungade for the ninth wicket -- to take Vidarbha past the 200-run mark after the visitors lost their top three batsmen early.

Sent in to bat, Vidarbha's Faiz Fazal, Aniruddha Chore and former India opener Shiv Sundar Das failed to give their team a good start as they slumped to 16 for three.

Shrivastava's knock, inclusive of 11 boundaries, came to an end when he was cleaned up by Firdaus Bhaja.

After Shrivastava's dismissal, the experienced Badani held his ground, but wickets kept tumbling at the other end until he found an able partner in No. 10 Jangade, who ended the day unbeaten on 27 off 57 balls.

Badani's unconquered knock was studded with 12 hits to the fence.

I'm not playing; how can I fix matches, asks Shalabh 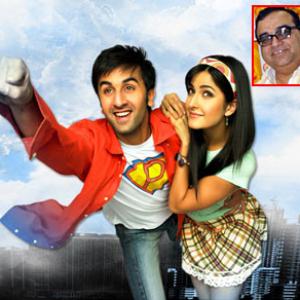