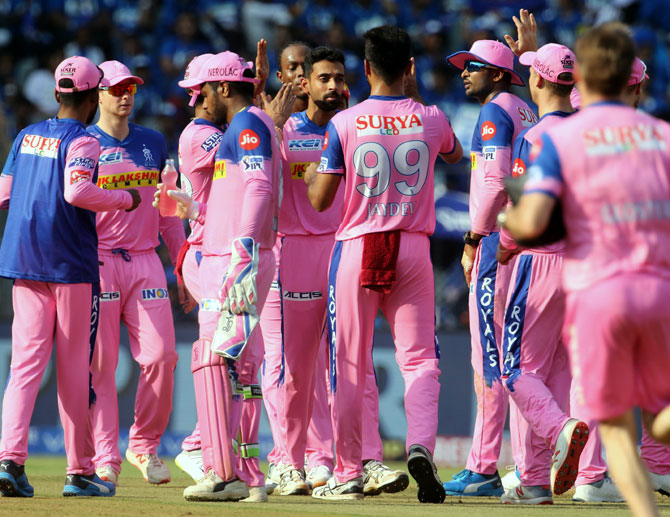 The Barsapara Stadium in Guwahati will host former champions Rajasthan Royals' first two home matches during the upcoming edition of the Indian Premier League, the BCCI said on Thursday.

"They will now play Delhi Capitals & Kolkata Knight Riders on April 5th & April 9th respectively in Guwahati. Both games will have an 8 PM IST start," BCCI secretary Jay Shah said in a release.

Rajasthan Royals will play their remaining five home matches at their designated home ground at the Sawai Mansingh Stadium in Jaipur.

The Steve Smith-led Rajasthan Royals will open their campaign with an away match against Chennai Super Kings on April 2.

"The Royals are bringing the IPL to the Northeast for the very first time, expanding cricket's footprint in the region. See you in April, Guwahati!," Rajasthan Royals wrote on their official twitter handle.

Last year, Rajasthan Royals had made a request to play few of their matches in Guwahati and have been in talks with the Assam Cricket Association (ACA) for quite sometime. The move, which is backed by the IPL Governing Council, was however challenged by a PIL at the Rajasthan High Court earlier this year.

The reason behind such a move was Royals' unhappiness with the ailing cricketing ecosystem in the state and also their poor relation with the Rajasthan Cricket Association (RCA).

The Royals also had been incurring losses due to reasons such as high demands for free tickets and mandatory allotment of seats to RCA.

The Royals had earlier played at Ahmedabad in 2010, and Ahmedabad and Mumbai's Brabourne Stadium in the 2015 season.