Australian wicketkeeper-batsman Matthew Wade was pleased to have an opportunity to "blow the cobwebs out" and was confident his bowlers would get enough match practice before their limited overs series against England starts next week.

An extended 21-man Australian squad is in England for the three Twenty20 matches, which start on Sept. 4 in Southampton, before three One-day internationals in Manchester from Sept. 11.

They played a rain-affected intra-squad Twenty20 game on Friday in their isolation bubble in Southampton, the first chance for many of the team to play any cricket since March.

"It was nice to blow the cobwebs out," said Wade. 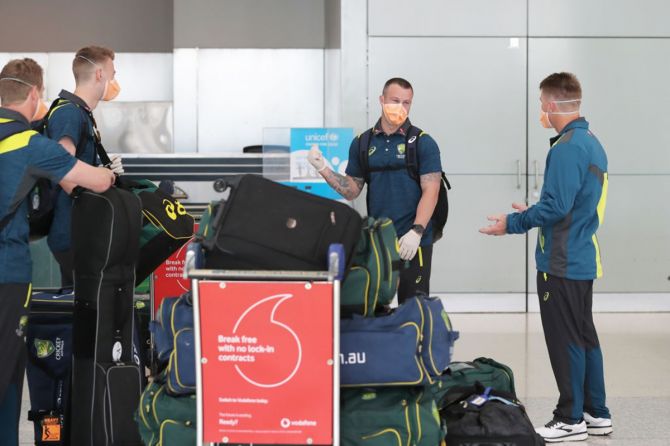 "Everyone has come here in fairly good nick, both physically and with their cricket. So it was a good hit out."

Rain washed out the game after just 5.5 overs of the second innings, but Wade felt that having been able to run around for more than two hours under match conditions was a good start, particularly for the squad's bowlers.

"The bowlers haven't had lot of match practice ... so these matches are vital for us," Wade added.

"If we can get a 50-over game and a couple of other T20s, then the bowlers will get a few overs under their belts and we'll be raring to go by the time of the first T20."

The England and Wales Cricket Board have adopted strict bio-security protocols for all matches as they became the first to host international cricket during the coronavirus pandemic.

Wade said while additional health and safety procedures needed to be followed, isolation under the virus protocols was not very different from other tours, during which players kept to hotels and training and match venues.

They are scheduled to play two intra-squad Twenty20 games on Sunday.