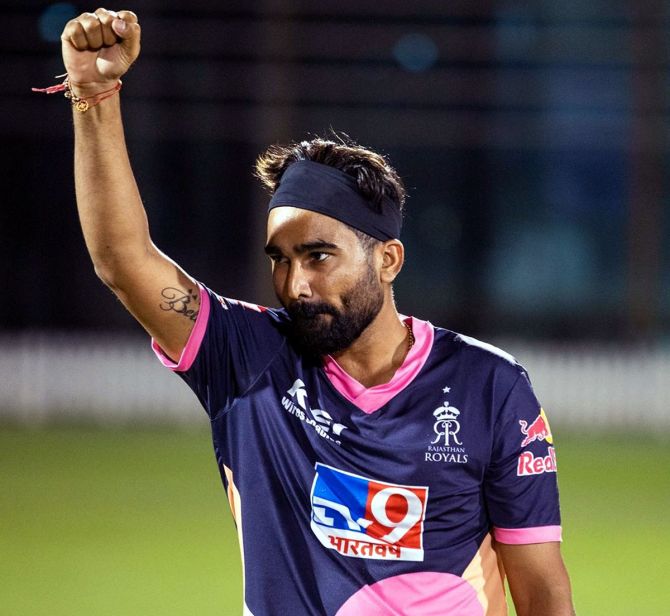 Rahul Tewatia, who has won two games for the Rajasthan Royals, took his Twitter followers back in time. 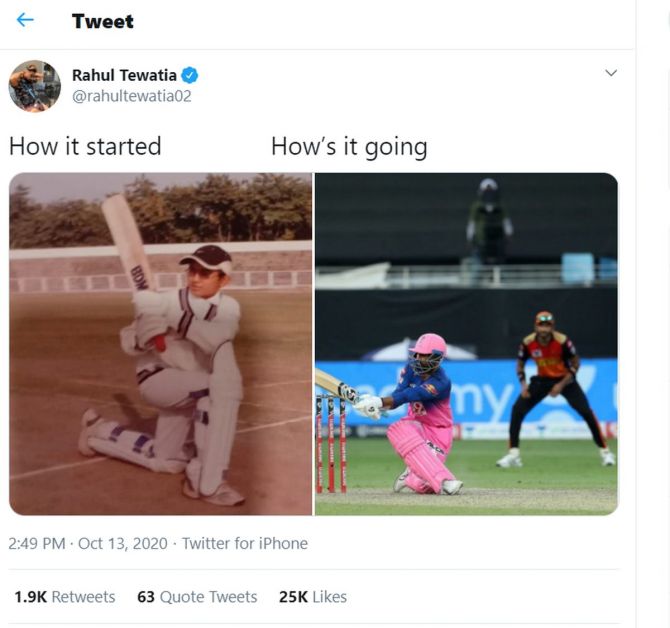 Alongside a pic of a younger self, Tewatia posted a current pic of him batting for the Royals.

Tewatia has had an incredible run in IPL 2020 so far, scoring 189 runs and taking 5 wickets in seven games.

The 27 year old shot to fame when he blasted Kings XI Punjab's Sheldon Cottrell for 5 sixes in an over to help Rajasthan script a miraculous win on September 28, scoring 53 off 31 balls an innings decorated with 7 sixes.

On October 11, Tewatia scored a 28-ball 45 not out to help the Royals beat SunRisers Hyderabad by 5 wickets and snap a four match losing streak.

That young lad on the left is certainly going places!