'Under lights, with the late swing, it is challenging for batsmen' 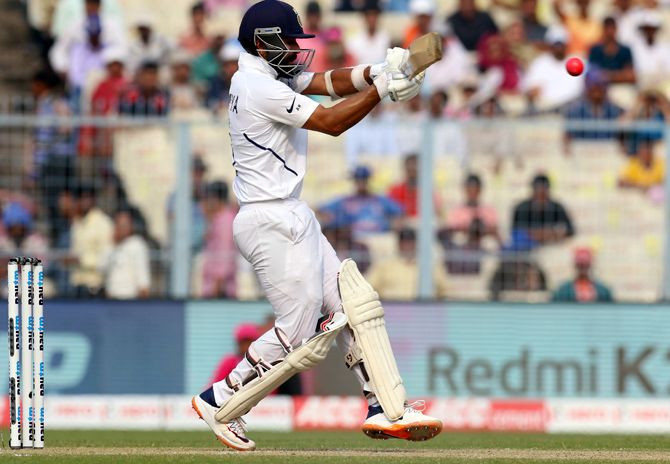 Senior India player Ajinkya Rahane on Saturday said that batting under lights in the on-going Day/Night Test against Bangladesh at Eden Gardens was a challenging task as the pink ball swings late under such conditions.

Rahane, who scored 51 in India's first innings total of 347 for 9 declared, said a batsman will have deploy a different strategy in the final session.

"It's a historic Test match and I am really glad to be part of this. As a batman, I thought the first and the second session were easy to bat on. But under lights, with the late swing, it is challenging for batsmen. Twilight period is always challenging," Rahane said after the second day's play.

"In the first session, the ball comes on nicely with no lateral movement. Later with the dew coming in, the strategy should be different. You need to play positive cricket in the first session and capitalise on that," he added.

Rahane also said that by watching the Indian fast bowlers Umesh Yadav, Ishant Sharma and Mohammed Shami from the gully could make out how hard they were working.

Asked about the catch he dropped to deny R Ashwin the wicket of Mehidy Hasan Miraz, he said, "You still have to be positive, you have to look for that catch. The attitude matters a lot after dropping a catch.

"We still have to come tomorrow and come hard at them. One wicket at a time is what we are thinking. We still respect the Bangladesh team and one wicket is what we are looking for at the moment." 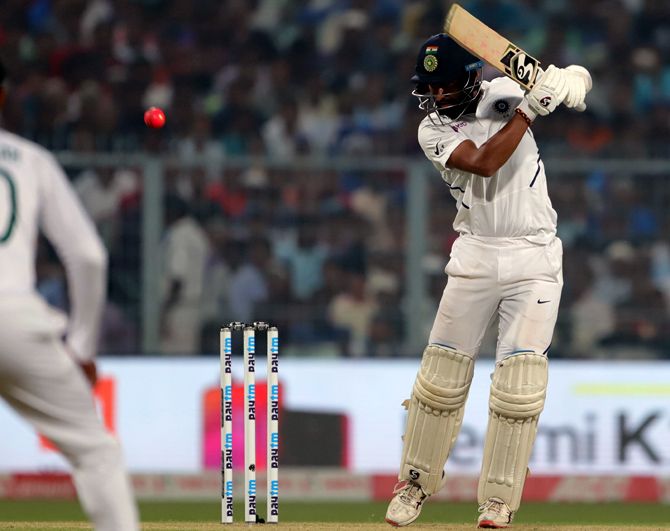 India No 3 batsman Cheteshwar Pujara seconded Rahane’s thoughts, saying that facing the pink ball under lights, especially at twilight, was the most difficult task.

Pujara, who boasts of a double century with the pink ball at the domestic level, became the first Indian to score a fifty in a Day/Night Test but failed to convert his 55 into a bigger score on Friday.

"Batting under lights was difficult but when we start playing under lights, it's a bit more challenging. The first session is slightly easier to bat when there are no lights. But when the lights come into play, the ball starts swinging a bit more. It's the most testing times of the day. It's easy to sight the ball under sunlight," Pujara said after the second day's proceedings.

Pujara said the ideal time to bat with the pink ball is at the start of the innings and late into the final session.

"It's a mix of both. Once dew comes in it again becomes easier. It's the first couple of hours and maybe the last hour," Pujara said.

Having faced both Kookaburra (Duleep Trophy) and SG pink balls, Pujara said the latter swings a bit more and also gives assistance to the spinners. 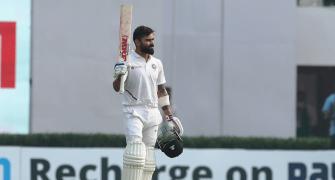 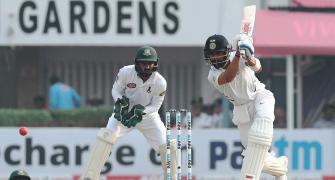 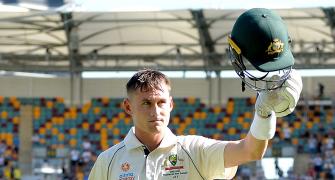 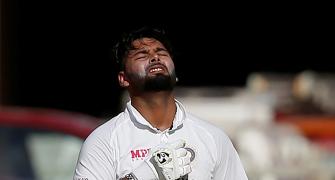 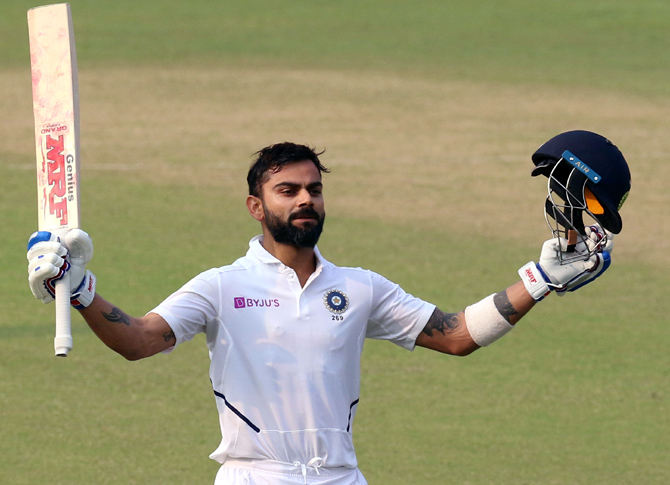