Question marks remain over Australia ahead of SA Tests 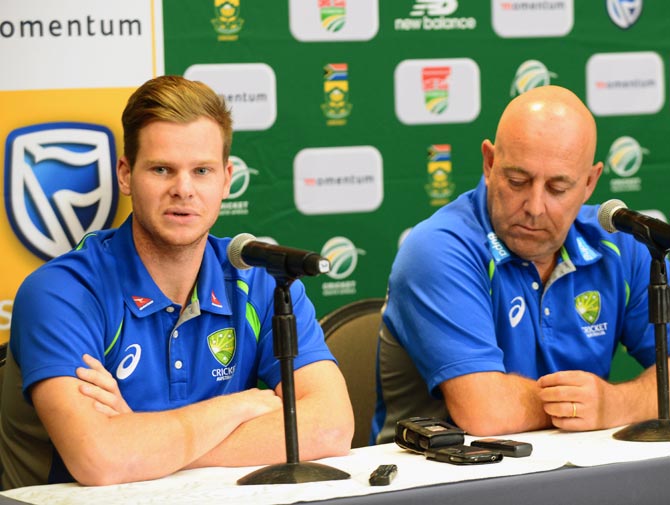 Australia captain Steven Smith shrugged off his team's lamentable form on tour and is adamant his side will lift for the Test series against South Africa.

Formerly top-ranked Australia have slipped to third in the world Test rankings since being whitewashed 3-0 away to Sri Lanka and their one-day international team was belted 5-0 by the Proteas on tour.

Australia's squad for the three-match series against South Africa remains up in the air, with a number of struggling players given only one domestic Sheffield Shield match to find form ahead of the opening match in Perth from November 3.

"It wasn't a great tour and I've thought quite a lot about it since coming back home, ways we can improve in those conditions.

"Results haven't gone our way in the last couple of months but that's the game of cricket sometimes. You have to move on and try and improve."

Australia sent an under-strength team to South Africa for the one-day series and paid the price with the unprecedented whitewash.

South Africa captain Faf du Plessis said he felt the tour might leave a mental "scar" on Smith's side ahead of the Test series.

But Smith is having none of it.

"It's a completely different format of the game. We've got our two big guns back with (Mitchell) Starc and (Josh) Hazlewood," he said of the pace duo.

"The batters were a little bit disappointing ... but I've moved on from that now and it's about focusing on this summer and Test cricket."

Starc will be eased back into bowling this week in New South Wales' Shield match against Queensland after suffering a bad gash on his leg during a freak training accident.

Questions remain over Australia's third seamer and who will open the batting with David Warner, as Shaun Marsh races to recover from a hamstring strain.

© Copyright 2020 Reuters Limited. All rights reserved. Republication or redistribution of Reuters content, including by framing or similar means, is expressly prohibited without the prior written consent of Reuters. Reuters shall not be liable for any errors or delays in the content, or for any actions taken in reliance thereon.
Related News: Steven Smith, Australia, South Africa, Starc, Sri Lanka
SHARE THIS STORYCOMMENT
Print this article