MCA blamed its financial troubles on non-receipt of payments from the Board of Control for Cricket in India for the last 10 months. 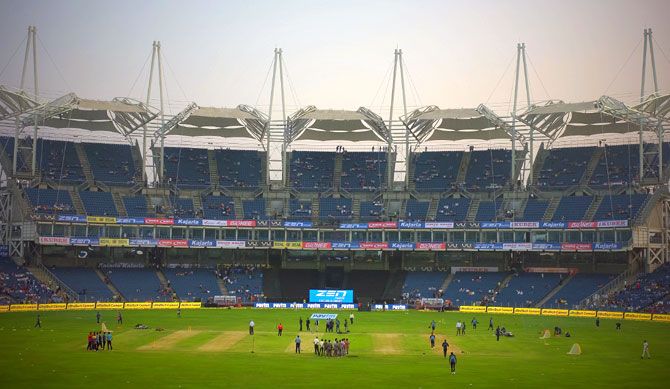 The Maharashtra Cricket Association's international cricket stadium in Pune has been taken over symbolically by lenders for non-payment of a Rs 69.53 crore loan by the state association MCA.

MCA blamed its financial troubles on non-receipt of payments from the Board of Control for Cricket in India for the last 10 months.

The MCA International Stadium, located at Gahunje on the outskirts of Pune, has hosted a Test match and one-day international matches in the past.

It last hosted an international match on October 27 when West Indies defeated India by 43 runs in the third game of the five-match ODI series.

MCA secretary Riyaz Bagwan claimed that the bankers assured that matches will be allowed to be held at the ground.

State-run Bank of Maharashtra is the lead bank in the consortium which has loaned money to the cricket body, while the other lenders are Bank of Baroda and Andhra Bank (both state-run) and the private sector Karnataka Bank.

As the lead bank, Bank of Maharashtra had asked the MCA to repay the money under The Securitisation and Reconstruction of Financial Assets and Enforcement of Securities Interest (SARFAESI) act, in August.

As the MCA was unable to repay, the underlying security has been "symbolically taken over" by the consortium of lenders, Bank of Maharashtra said in a newspaper notice.

The notice has been issued by an assistant general manager of the bank's branch at Deccan Gymkhana in Pune.

A six-acre land parcel adjoining the stadium located off the Mumbai-Pune Express Highway has also been "symbolically taken-over".

Bagwan said until the BCCI gives them funds, they won't be able to repay the dues.

"When BCCI releases funds, then only we can make payments. Since last January we have not received any funds from the BCCI. We had six IPL matches (of Chennai Super Kings), so we could sustain cricket and everything. But after that, unfortunately, we could not pay," Bagwan said.

He claimed that there has been no response from the Committee of Administrators despite writing to them twice.

"I twice wrote to the Committee of Administrators. I met COA and Saba Karim (BCCI GM). During the (India-West Indies) match, I told Saba Karim that the matter was serious. The CoA asked me to mail them again. But until now we have not received any money," he added.

Bagwan claimed that the banks have assured him that matches could be conducted on the ground.

"That they have assured me that you can conduct the matches at the ground," he added. 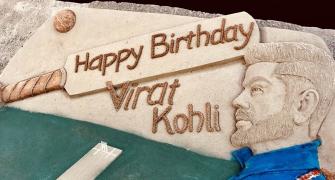