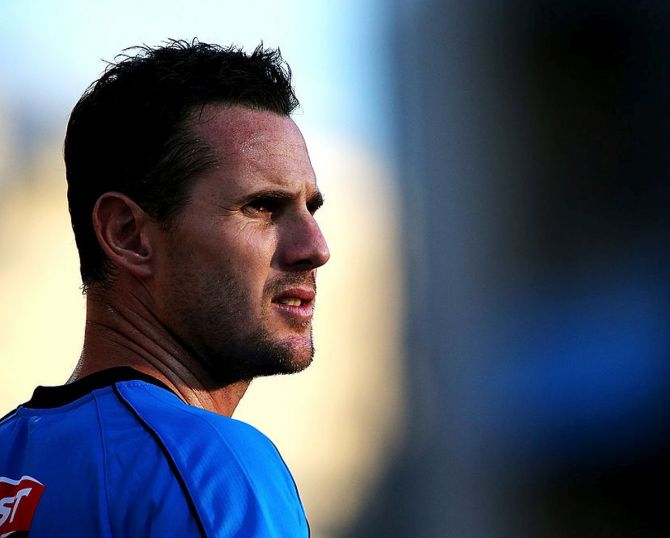 Former Australia pacer Shaun Tait has been roped in as the bowling coach of the Puducherry cricket team, sources in the Cricket Association of Pondicherry (CAP) said on Saturday.

The former Australia player had recently been appointed bowling coach of the Afghanistan team for a period of five months.

However, the uncertainty in Afghanistan following the takeover of the country by Taliban has raised doubts over his stint there.

"Tait has expressed his willingness to join the Puducherry team later this month. However, if he gets a call from Afghanistan he may join them and stay with the team before rejoining Puducherry for his duties," the sources said.

Tait is also expected to mentor the pace bowlers at the CAP academy in Puducherry, the sources added.

Tait, who featured in three Tests, 35 ODIs and 21 T20 Internationals for Australia, had also turned out for Rajasthan Royals in the IPL during his playing career.

The pacer had played a significant role in Australia's World Cup triumph in the West Indies in 2007, claiming 23 wickets.

Yagnik is currently fielding coach of the Rajasthan Royals team.

D Rohit will lead the Puducherry team in the forthcoming domestic season where Puducherry will feature in the Elite category in the Ranji Trophy, Syed Mushtaq Ali Trophy and Vijay Hazare Trophy tournaments.

The CAP has constructed eight cricket grounds in a single campus and has an indoor facility too.