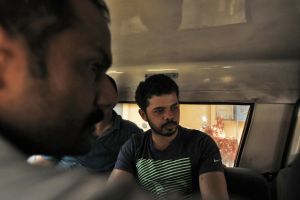 The three-member probe commission headed by rtd Justice Mukul Mudgal, who had been appointed by the Supreme Court to look into IPL VI fiasco, interrogated tainted cricketer S Sreesanth and IPL CEO Sundar Raman among others in Mumbai.

The commission is supposed to question noted commentator Harsha Bhogle too.

It is ironical that Sreesanth checked in at the same hotel where the Indian team was staying. Such has been the turn of events that Sreesanth, who did the lap of honour when Sachin Tendulkar was carried on his shoulders in 2011 after the World Cup win, was answering to questions by the commission as the legend took his last lap of honour.

The commission will be submitting its report in 120 days.