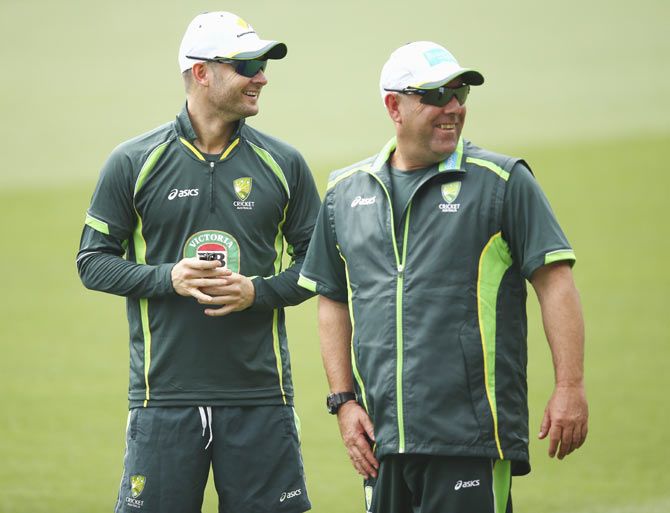 Former Australian captain Ricky Ponting feels the team's pacers should not shy away from using the bouncer in the Test series against India starting on Tuesday.

Ponting said he would "love to see Mitchell Johnson run in and bowl a bouncer first ball of the Test match".

"I don't want to see anyone get hurt. But the bouncer's part of the fabric of the game, and if they're not playing in the aggressive way they did last summer then they're not actually playing in what I believe is the spirit of Test match cricket," Ponting wrote in ESPNCricinfo.

"If I was batting against them (Johnson and co in the nets) I'd want to be bounced, because you're going to get that in the Test," the former skipper wrote.

Ponting said Australia have set a high standard when it comes to Test cricket and the team cannot afford to mellow down.

"Australia can't lose sight of the fact that last summer they established a brand of cricket that will be very hard to beat at home.

"What Michael Clarke, Darren Lehmann and the players put together against England stands as a real blueprint for how they want to play their Test cricket, especially in home conditions.

"They forged an identity for themselves as a team and the way they wanted to go about playing their cricket. It's important they build on that and continue to play the hard-nosed, aggressive Australian way." Ponting said.