News
Business
Movies
Sports
Cricket
Get Ahead
Money Tips
Shopping
Sign in  |  Create a Rediffmail account
Rediff.com  » Cricket » 'India carrying injured players to World Cup because they have no options'

- 'Yuvraj's ommission from the sqaud was shocking'

- 'Australia and South Africa have good chance to win' 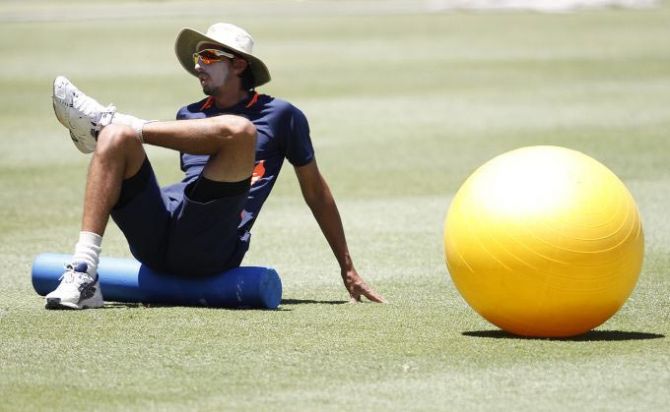 Former India captain Dilip Vengarkar is of the belief that India have made the "mistake" of carrying too many injured players in their squad for the upcoming cricket World Cup and it could hamper their chances to defend the title.

In this exclusive interview to PTI, Vengsarkar said India should not have fielded injured players in the World Cup squad hoping that they would eventually get fit.

He also expressed surprise at the omission of last World Cup's man-of-the-tournament Yuvraj Singh and in-form opener Murali Vijay from the World Cup squad, and termed the ommissions as "shocking and surprising".

India will open their World Cup campaign with the high-voltage Pool A game against Pakistan -- a team against which they have never lost in the tournament in the past -- at the Adelaide Oval in Australia on February 15.

The former India captain feels that playing arch rivals Pakistan in the very first match was a "blessings in disguise" because if the team wins the game, the mindset of the players will change.

Excerpts from the interview:

Q: Do you feel India's poor performance in the tri-series in Australia will have any effect on the team's morale in the World Cup?

Vengsarkar: Ideally speaking, it should not. They should treat it as any other tournament that they played. World Cup is a different tournament, a huge event and that should spur the Indians to do well. Besides first they would be up against a relatively inexperienced and comparatively average Pakistani team whose record against India in the World Cup is dismal. Man to man this Indian team (if all are fit) still looks a better proposition than the Pakistani team.

Are you happy with the composition of the squad, especially in the light of the injuries to some bowlers? Who will you include if Ishant Sharma pulls up unfit, Mohit Sharma or Dhawal Kulkarni?

India has to carry along the injured players simply because it doesn't have options. Frankly, you just cannot carry injured players in the squad hoping they would be fit. Instead they should have picked the fresh ones who are raring to go and hungry for success. In case Ishant is still not fit then I guess Dhawal, with his high arm action and his ability to hit the deck and move the ball, should get the nod.

'Rahane and Dhawan should open the batting' 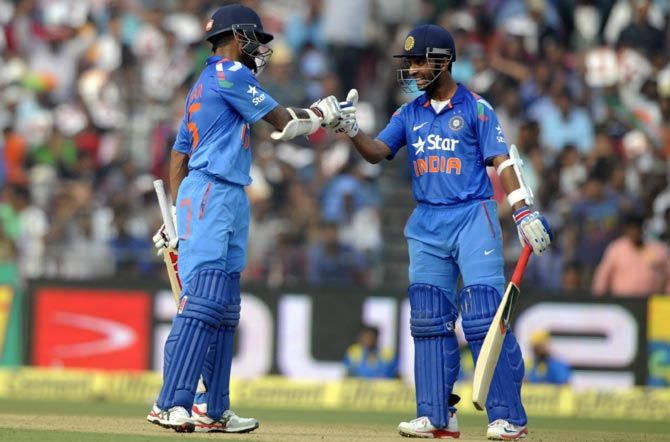 Would you have included Yuvraj Singh in the final squad, especially after his comeback to form, albeit in Ranji Trophy, ahead of the final team selection?

Yuvraj's ommission from the sqaud was shocking, to say the least. He is your proven match-winner. He is in great form in domestic matches. Besides, he would have been handy in bowling and fielding departments too. Besides Yuvi, the omission of Murali Vijay who batted brilliantly in England and recently in Australia was equally surprising.

The first game for India is against Pakistan. Would you have liked this needle contest to have been held sometime later in the group phase?

I feel it's a blessing in disguise that we are playing against Pakistan in the first match itself because if India wins the game (I am positive India will) then the mindset of the players would be different and that would set the tone for the remainder of the tournament.

Are you concerned over the form, or lack of it, of Shikhar Dhawan? Would you advocate Ajinkya Rahane to partner Rohit to open the innings?

To start with I will go in with Ajinkya and Shikhar. However, the combination could change depending on the result of the first match against Pakistan. 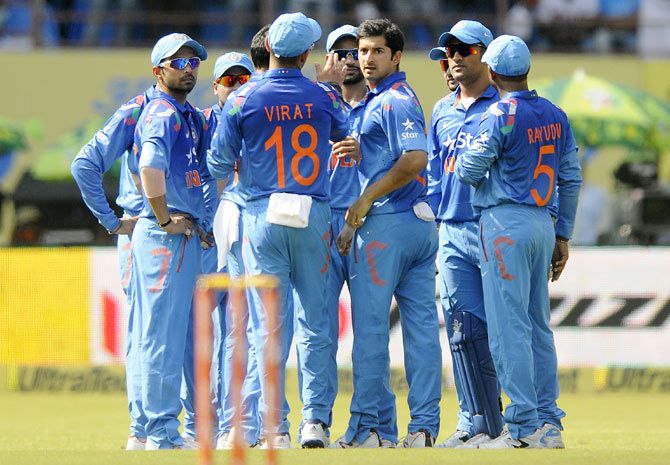 Where should Virat Kohli play No. 3 or 4, and why?

Virat should bat at No.3 simply because he is the best Indian batsman and as such he must get to bat as many deliveries as possible. Besides, once set, he can destroy any opposition with his explosive batting.

Who, according to you, are the key players for India?

India are in a tricky group in the preliminary stage. What precautions should they take in order to not get eliminated before the quarter-finals?

They will have to play the best possible eleven and put their best foot forward. Simple. It's important for them to go for wickets and not try and contain the batsmen. It's a 50 over competition and if they are successful in getting other teams all out then they will have lesser totals to chase.

The Indian bowling was a big let-down in the Test series against Australia? But with the focus equally on cutting down runs to taking wickets, do you feel the bowling is adequate?

Well, I wish we had more and better options at our disposal. Unfortunately, we don't and that's the truth. Over the years we just neither showed enough vision nor bothered to nurture talented players. We were just happy to play the same bowlers in all formats of the game waiting for them to collapse and unfortunately they are struggling with form and fitness during the most important tournament.

'Stuart Binny’s contributions will be more than handy' 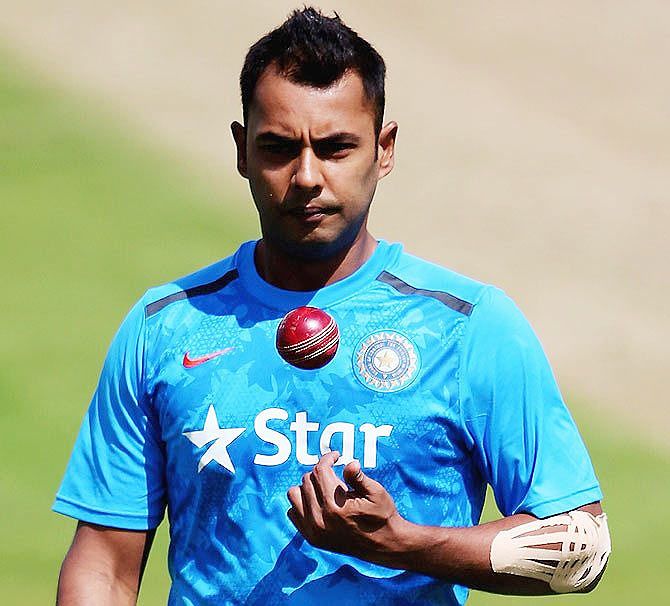 Should India field two left-arm spinners or include off spinner Ashwin in the eleven? Or would just one spinner be sufficient for the most part?

We have to include spinners who turn the ball and go after the wickets and not contain the batsmen. In the One-day format the bowler's job is to get wickets and put brakes on the opposition.

How important will be Stuart Binny's role as the pace bowling all rounder in the mix?

Stuart can play a very important role. He is a hardworking all-rounder and a good mover of the ball. Besides, this time around, two new balls will be used and Binny could be more than handy. He is a good striker of the cricket ball too.

Has Dhoni lost his Midas Touch, even in the one-day format? Or you think the World Cup will see him regaining it?

Well, it all will depend on the first game against Pakistan. If we win it then you would see a different Indian team. They would forget their recent (poor) performance in Australia quickly and will look at things more positively. 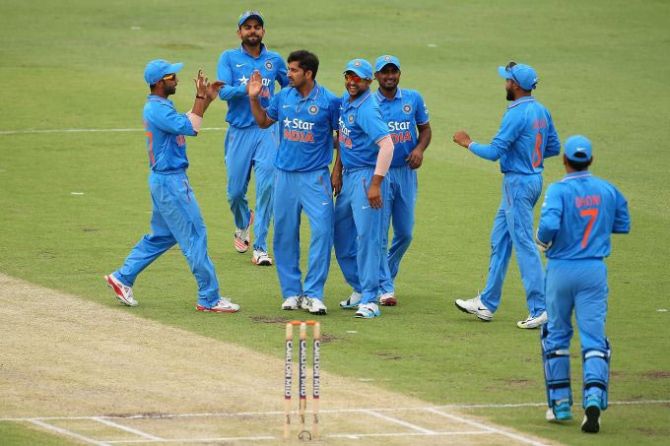 Do you feel the wickets will be more batsmen friendly in the World Cup than they were during the triangular series with ICC directly in control?

Definitely. They will be slower than normal and that's why I wish we had somebody like Amit Mishra to bowl leg spin in the middle overs to go after the wickets.

Is the rule of using two new balls from either end a handicap for teams like India?

You have to look at things positively. When two new balls are there then we should hope the new ball bowlers do well in the first 20 overs. In the end, the rule is for both the teams anyway.

Apart from India, which are the teams you feel to have a good chance to lift the Cup? 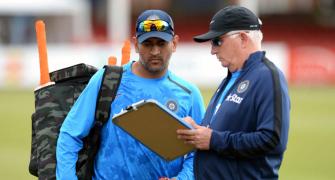 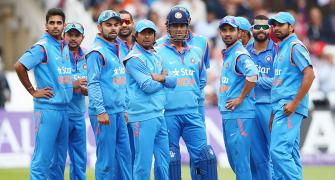 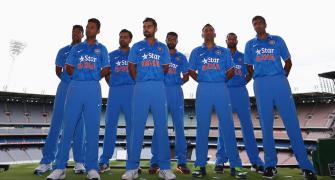 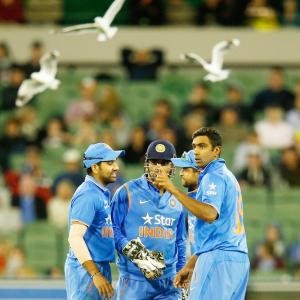 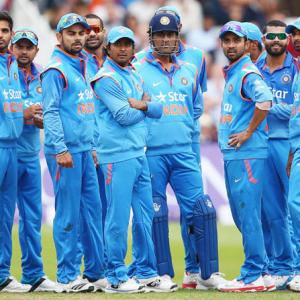