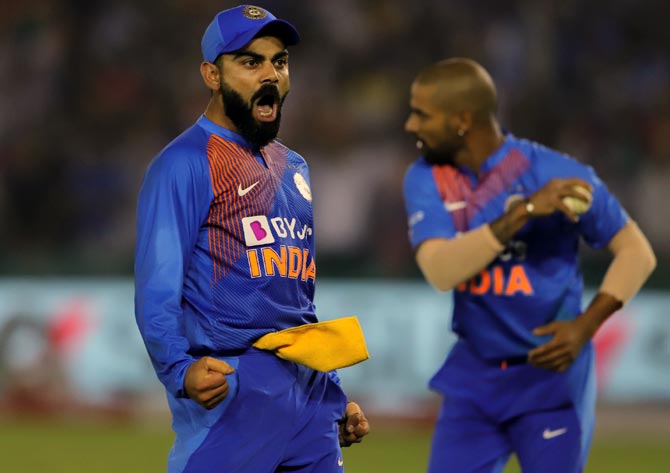 India captain Virat Kohli led from the front with an unbeaten 72 to help secure his team's comprehensive seven-wicket victory over South Africa in the second Twenty20 International, in Mohali, on Wednesday.

After disciplined Indian bowling restricted the touring side to a below-par 149-5, Kohli and Shikhar Dhawan (40) helped the hosts chase down the target with an over to spare.

After the series opener in Dharamsala was washed out, Quinton de Kock made his debut as South Africa's Twenty20 captain as they explore leadership options before the 20-overs World Cup next year.

The left-hander top-scored with 52 and Temba Bavuma contributed 49 but the subsequent South African batsmen could not capitalise on the decent start.

Deepak Chahar drew first blood when he dismissed Reeza Hendricks for six after Kohli won the toss and elected to field. 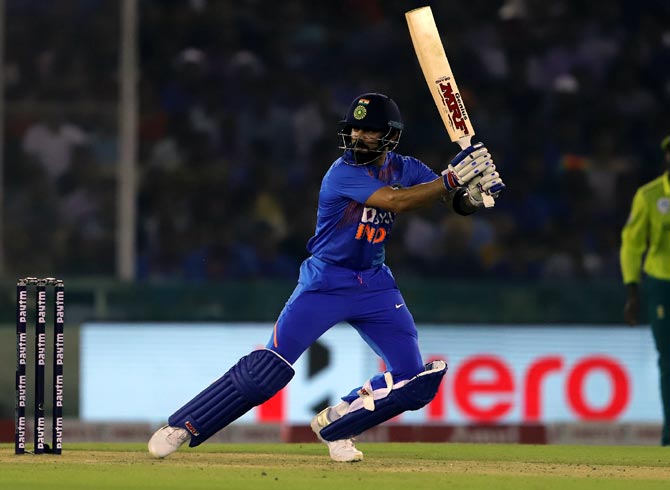 De Kock raced to his fifty before Kohli produced a magnificent piece of fielding, running to his left from mid-off to take a tumbling one-handed catch and send back the skipper.

Ravindra Jadeja caught Rassie van der Dussen off his own bowling to peg back South Africa who found boundaries hard to come by.

Bavuma, making his Twenty20 debut along with Anrich Nortje and Bjorn Fortuin, fell just short of his fifty, foxed by Chahar's slower delivery.

The touring side milked 16 runs of the final over from Navdeep Saini but fell short of the 150-mark. 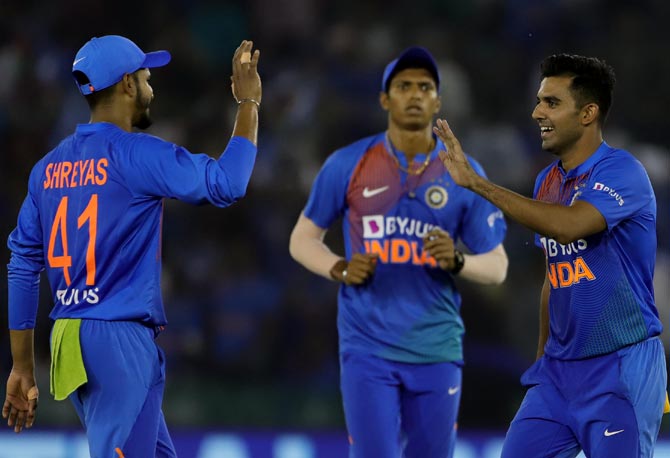 India's chase got off to a fast start as Rohit Sharma greeted Nortje with two sixes in the debutant's first over.

Bengaluru hosts the third and final match on Sunday before the teams clash in a three-Test series next month.

© Copyright 2020 Reuters Limited. All rights reserved. Republication or redistribution of Reuters content, including by framing or similar means, is expressly prohibited without the prior written consent of Reuters. Reuters shall not be liable for any errors or delays in the content, or for any actions taken in reliance thereon.
Related News: Virat Kohli, Quinton de Kock, South Africa, Deepak Chahar, IMAGE
SHARE THIS STORYCOMMENT
Print this article 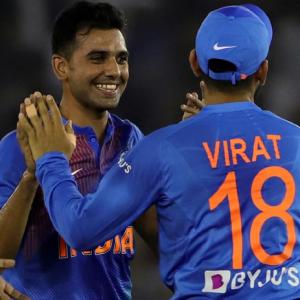 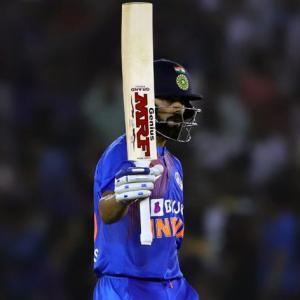