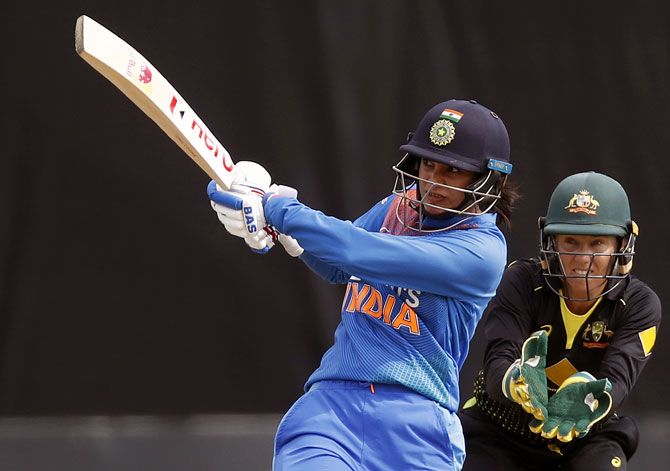 Set a target of 156, India were all out for 144 as they suffered a shocking batting collapse fter being comfortably placed at 115 for three in the 15th over.

Seasoned left-arm spinner Jonassen was the star of the show with brilliant figures of 5 for 12 in four overs, making her only the third Australian bowler to return a five-for in the women's T20 format.

"It was a really good all-round performance. Getting Mandhana was the game-changer, she was whacking us all over the park," said Australian captain Meg Lanning.

Opting to bat, Australia managed to post 155 for six in their stipulated 20 overs. Chasing a challenging target, Mandhana was up to the task at hand and smashed 12 boundaries in her knock at the Junction Oval. 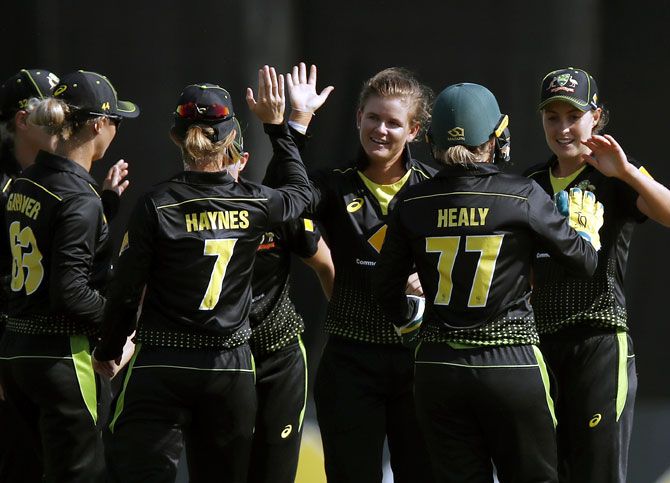 However, Mandhana's dismissal in the 15th over, caught brilliantly by Nicola Carey in the deep mid-wicket, turned the match in Australia's favour as they put the brakes on India's scoring while at the same time taking wickets.

It was the departure of skipper Harmanpreet Kaur, in the 16th over, which dashed India's hopes of a victory.

"In the last three overs we couldn't take the pressure and ended up losing wickets," said Harmanpreet, reflecting on the loss.

Earlier, India's Rajeshwari Gayakwad leaked 19 runs in the last over to let Australia off the hook and post a challenging total. 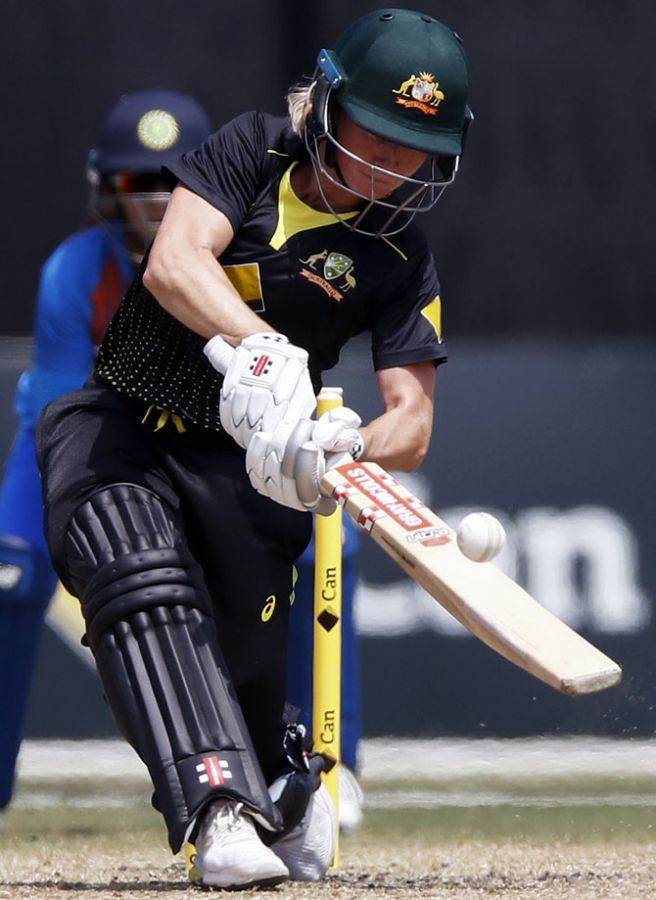 IMAGE: Beth Mooney top-scored for the hosts with an aggressive 71 off 54 balls. Photograph: Daniel Pockett/Getty Images

Opener Beth Mooney, who was adjudged player of the series for her 208 runs in the event, top-scored for the hosts with an aggressive 71 off 54 balls, hitting nine boundaries at the Junction Oval.

At the end of the 19th over, Australia were finding it difficult to free their arms at 136 for five.

However, Mooney and Rachael Haynes (18 off 7 balls) hit out in the last over of the innings to prop up Australia, ruining left-arm spinner Gayakwad's day.

Opting to bat, Australia were dealt an early blow when Alyssa Healy (4) was dismissed in the very first over of the summit clash by Deepti Sharma, extending the wicketkeeper's woeful run with the bat.

Mooney found an ally in Ashleigh Gardner (26), with whom the opener added 52 runs for the second wicket, and then Lanning, who also made 26 during a 51-run third-wicket stand.

Deepti, who opened the bowling, finished with impressive figures of 2/30 in her four-over spell, while Gayakwad had 2/32.

India's 16-year-old Richa Ghosh made her first appearance for India, scoring 17 off 23 balls.