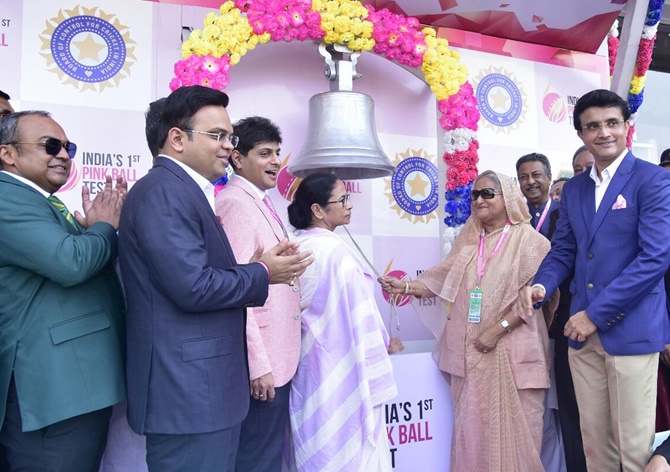 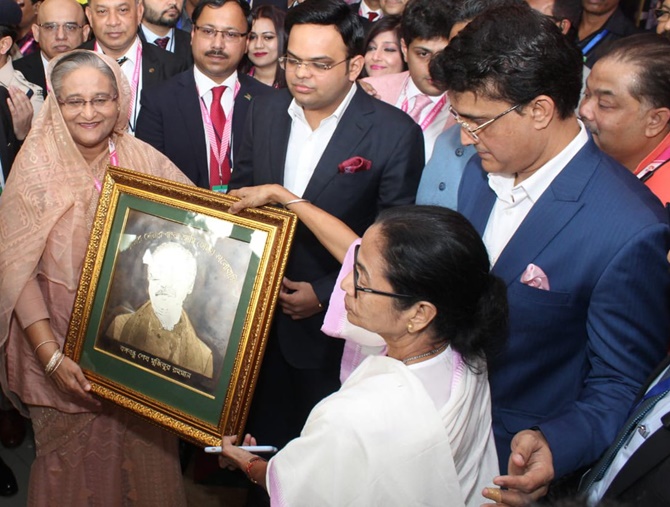 Both the teams are playing their first Test with the pink ball. 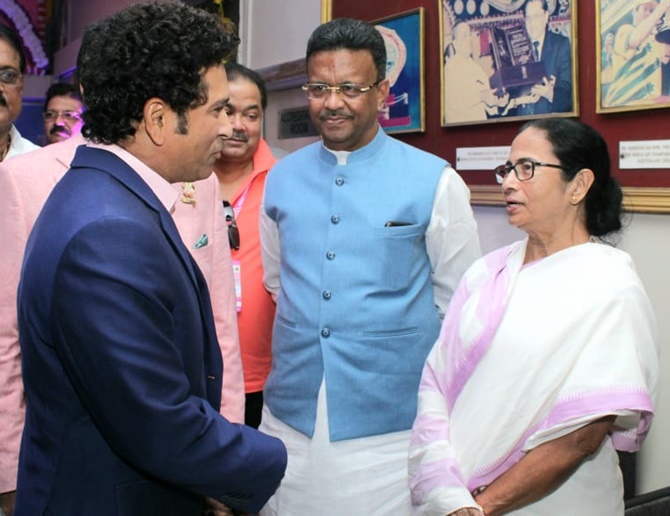 Board of Control for Cricket in India (BCCI) president Sourav Ganguly invited the Bangladesh PM for the historic occasion. 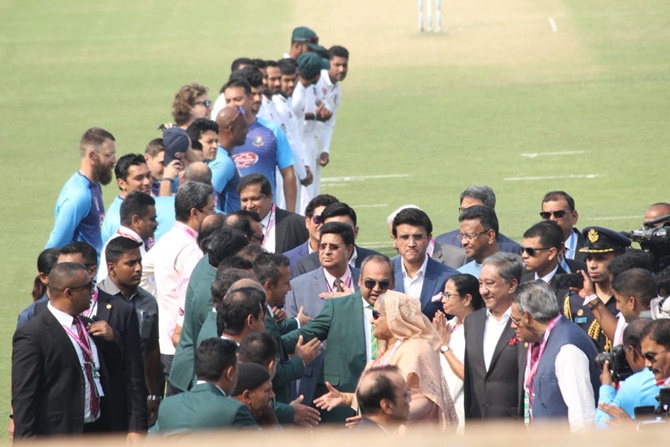 IMAGE: Sheikh Hasina, Mamata Banerjee and Sachin Tendulkar greet the players and officials before the start of play. Photograph: CAB/Twitter

Before the start of the play, Hasina and Banerjee at 12.58 pm rang the Eden Bell in the presence of BCCI president Ganguly and secretary Jay Shah. 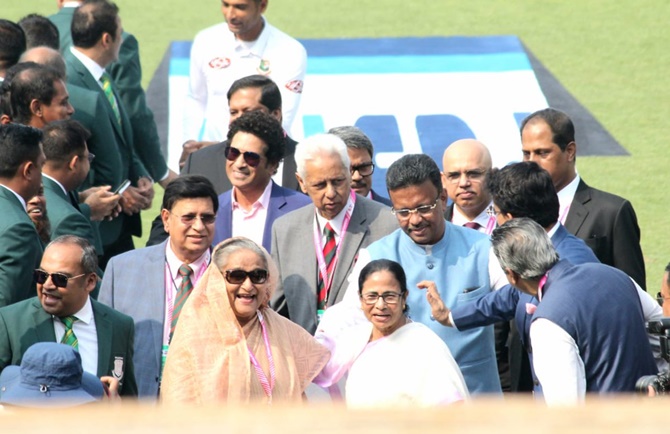