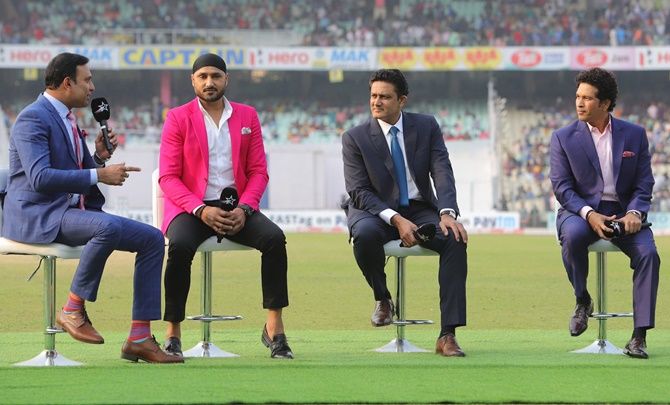 IMAGE: Tendulkar, Kumble, Harbhajan Singh and VVS Laxman relived some of the iconic moments at the Eden Gardens. Photograph: BCCI

Indian cricket legends including Sachin Tendulkar and Anil Kumble, on Friday, revisited their glorious on-field moments at the Eden Gardens, the venue for the country's first ever day-night Test.

In a special programme during the lunch break on the opening day of the India-Bangladesh pink-ball Tests, Tendulkar, Kumble, Harbhajan Singh and VVS Laxman relived some of the iconic moments at the famous venue, including the 1993 Hero Cup final versus West Indies and the 2001 Test versus Australia.

All of them thanked their captain and BCCI president Sourav Ganguly for bringing them together. Ganguly, too, was supposed to be part of the 40-minute discussion on Star Sports but could not make it as he was understandably caught up with administrative issues.

"We have not had a chance to sit like this since our playing days. It is a special day and there could not have been a better venue for this historic game," said Kumble, whose sensational spell of six for 12 helped India to a famous win over West Indies.

The Kolkata crowd is probably the most passionate in the country and they showed all their love for Tendulkar by chanting 'Sachin Sachin', taking the master blaster back to his playing days.

While Laxman and Rahul Dravid produced a match-winning 376-run stand after India followed on against Australia, Harabhajan and Tendulkar came up with stellar bowling performances. Harbhajan even took a hat-trick in his match haul of 13 wickets.

"The game changed so quickly because of that hat-trick. The way we won the game ushered in a new phase for the Indian team. Bhajji was sensational, got Ricky Ponting out so many times and Laxman and Dravid partnership did wonders for the confidence of the dressing room," said Tendulkar.

The electric atmosphere at the Eden Gardens reminded Harbhajan of his playing days.

"The atmosphere here takes me back to 15 years ago. Test cricket was different back then. It is aspecial feeling and I feel so much love every time I come here. Hats off to Ganguly for doing this. Even if I play under 100 captains, he will always be my captain," said the champion off-spinner. Tendulkar had heard good things about Harbhajan from the local officials during a game in Mohali and, subsequently, asked for the spinner to bowl to him in the India nets. Harbhajan, a teenager then, was in awe of Tendulkar.

"The first time I met Bhajji was in Mohali. The people there were talking about him, 'he is a good spinner who bowls a good doosra'," said Tendulkar.

Talking about the pink-ball Test, Laxman and Tendulkar predicted more help for the seamers in the evening session. Bangladesh struggled to 73 for six at lunch on day one before being all out for 106.

"Earlier on there was not much for the pacers, the ball was not swinging much but as the lacquer went off the ball, there was swing and off the pitch movement which gives less time to the batsman to adjust to. I feel, the lateral movement will increase in the evening," said Tendulkar. 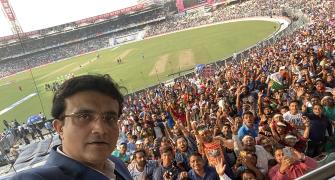 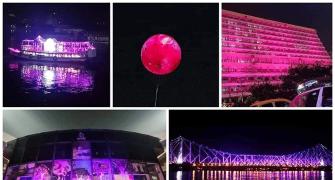 NZ's Nicholls to have concussion checks 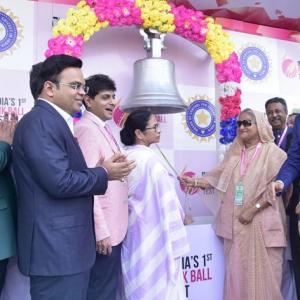 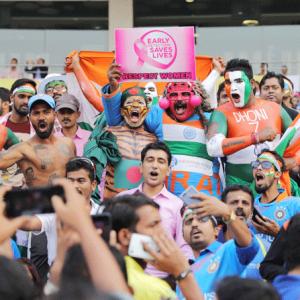