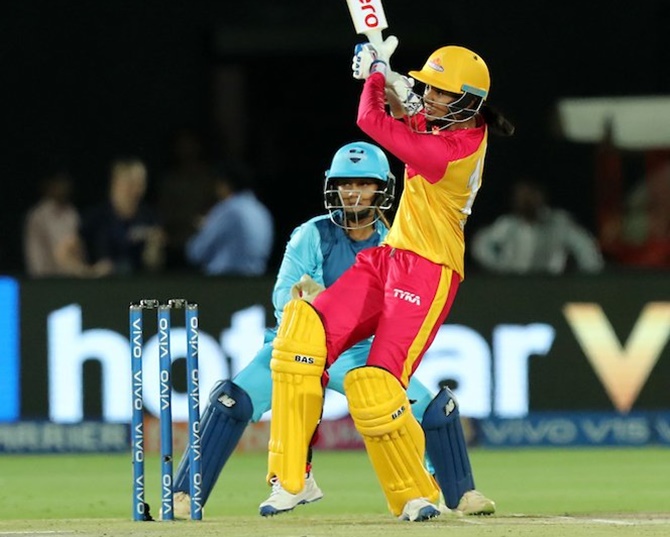 Explosive opener Smriti Mandhana lit up the opening game of the Women's T20 Challenge with an entertaining 90 off 67 balls, taking Trailblazers to 140 for five against Supernovas, in Jaipur, on Monday.

After the early fall of New Zealand veteran Suzie Bates, captain Mandhana anchored a 119-run stand with Harleen Deol (36 off 44), who struggled to change gears on a slow surface at the Sawai Mansingh Stadium. 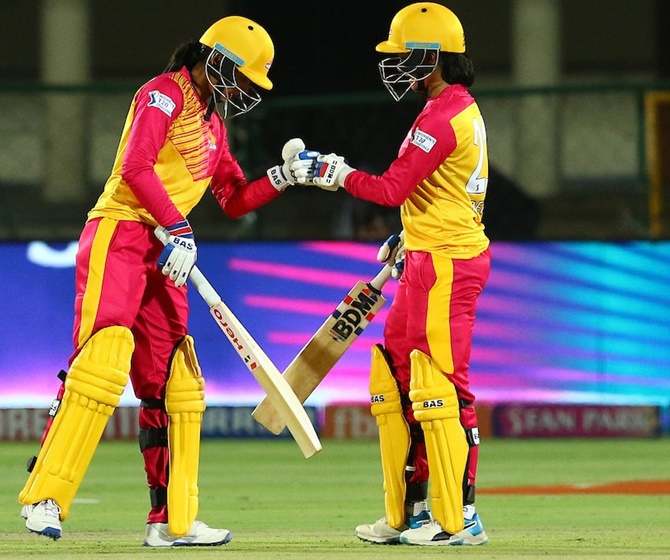 IMAGE: Earlier both Mandhana and Deol struggled to get going. Photograph: IPL/Twitter

In fact, both Mandhana and Deol struggled to get going as Trailblazers crawled to 25 for one in six overs after Harmanpreet Kaur-led Supernovas opted to field. 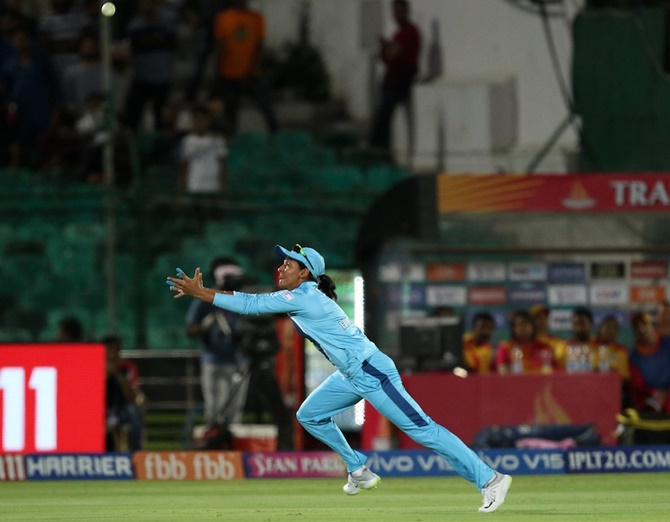 The Board of Control for Cricket in India is organising a bigger tournament for the women in comparison to the inaugural edition last year when only a one-off game was played. Four out of the three games will be broadcast live on prime time unlike last year with an aim to attract a bigger TV audience.

At the venue, the stadium was far from full but that did not affect Mandhana's batting. After getting used to the slowness of the wicket, the southpaw went for her strokes and even smashed three sixes to go with 10 fours. 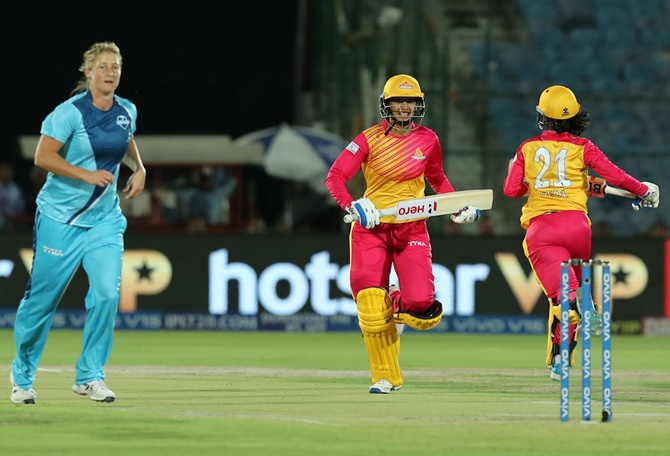 Australians are not taking part in the event this time owing to a scheduling dispute between the BCCI and Cricket Australia over men's ODI series.

Twelve foreigners from five countries are taking part in the tournament and are distributed equally between the three teams. 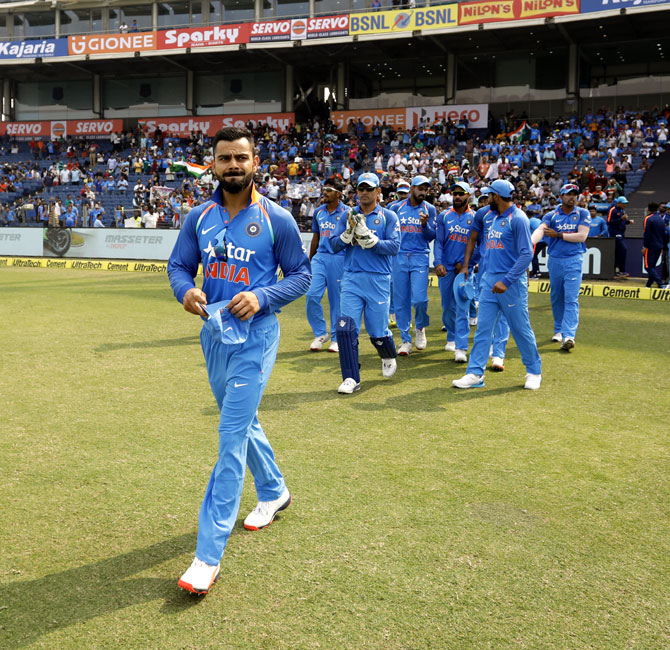 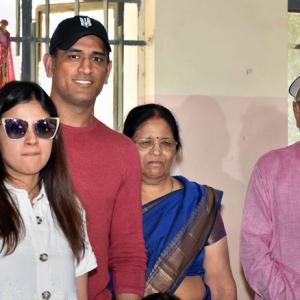