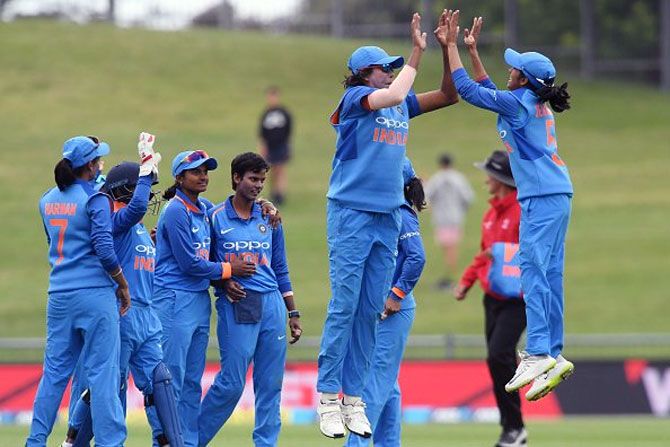 IMAGE: The Indian team celebrate a wicket during the second ODI against New Zealand. Photograph: BCCI/Twitter

Opener Smriti Mandhana led the chase for India with familiar panache after a feisty bowling performance that steered the side to a series-clinching eight-wicket triumph over New Zealand Women in the second one-dayer, in Mount Maunganui, on Tuesday.

Opting to field, India produced an excellent effort to bowl out New Zealand for a paltry 161 in 44.2 overs before player of the match Mandhana (90 not out) and skipper Mithali Raj (63 not out) stitched a 151-run unbroken third-wicket stand to guide the team to an easy win.

The duo resurrected the Indian run chase from 15 for 2 after the early loss of opener Jemimah Rodrigues (0) and Deepti Sharma (8).

"It feels great but I think our bowlers deserved the player of the match award more than me. I will give it away to our bowlers, they did a great job to restrict New Zealand on a good wicket," Mandhana said in the post-match presentation. 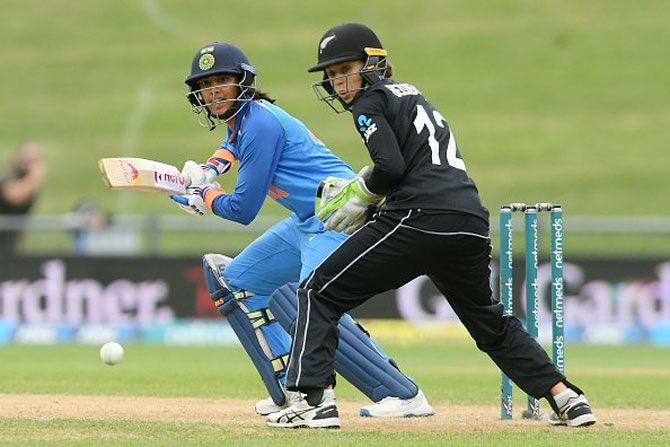 The 22-year-old Mandhana has been in excellent form in recent times and this half century was her eighth in the last 10 ODI innings. She hit 105 in the first match of the ongoing series.

The left-hander dominated the Kiwi bowlers, hitting 13 fours and a six in her 83-ball knock.

Raj, on the other hand, faced 111 deliveries in her sedate knock, hitting four fours and two sixes but she proved to be a perfect counterfoil to the aggressive Mandhana.

"I am happy with the way the team is shaping up. I have always enjoyed batting in challenging conditions. It wasn't easy, it required patience here. Smriti is in good form and somebody had to give her support," Raj said.

India have now taken an unassailable 2-0 lead in the three-match contest, which is part of the ICC Women's Championship series. The visiting side beat New Zealand in the first one-dayer by nine wickets at the same venue on January 24. The third and final match of the series is scheduled to be held in Hamilton on February 1. 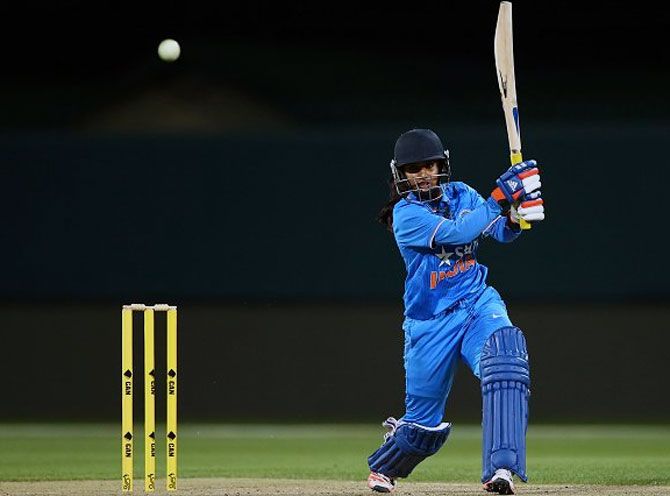 It was a fitting revenge for the Indian team, which had lost the home leg of the ICC Women's Championship series 1-2 to New Zealand during the last cycle that ran from 2014-2016.

New Zealand are ranked second in the ICC Women's Championship table and are guaranteed a direct entry into the 50-over World Cup being the hosts.

Just like the first match, India opted to field and shot New Zealand out for a paltry 161 with senior pacer Jhulan Goswami grabbing 3 wickets for 23 to lead the Indian bowling charge.

The spin trio of Ekta Bisht, Poonam Yadav and Deepti Sharma, who had tormented New Zealand in India's nine-wicket win in the first ODI, took two wickets each to stifle the Kiwi innings yet again.

New Zealand captain Amy Satterthwaite top-scored with a 71 off 87 balls before she became Yadav's first victim in the 34th over. However, she got little support from her other team-mates.

"Frustrated to be honest, not putting enough runs on the board. Just comes down to that really," she said after the match.

New Zealand made a disastrous start with opener Suzie Bates being dismissed for a duck off the fourth ball.

The home side were 62 for 5 in the 21st over and despite a spirited effort from Satterthwaite, they were all out for 161 in 44.2 overs, failing to bat through their full quota of overs for the second time in a row.