Has the popular Indian Premier League commercialised the game of cricket?  Has it killed the actual spirit of the game? Has it not given an impetus to budding cricketers?

These were the questions raised during a session titled ‘Indian Cricket at the Crossroads’ at the ongoing Jaipur Literature Festival.

Decoding the pros and cons of the IPL series were James Astill, the author of The Great Tamasha: Cricket, Corruption and the Turbulent Rise of Modern India, Soumya Bhattacharya who wrote You must Like Cricket?, Congress MP Shashi Tharoor and journalist Rajdeep Sardesai.

“IPL has definitely killed the spirit of the sport. It must have given platform to a few cricketers who would have come to limelight because of their performance during these matches but it has done more damage to the game,” Soumya Bhattacharya said.

“And how many young cricketers have sustained the recognition they had got during IPL matches?  Why is it that politicians like to get involved in the game of cricket?” he added. 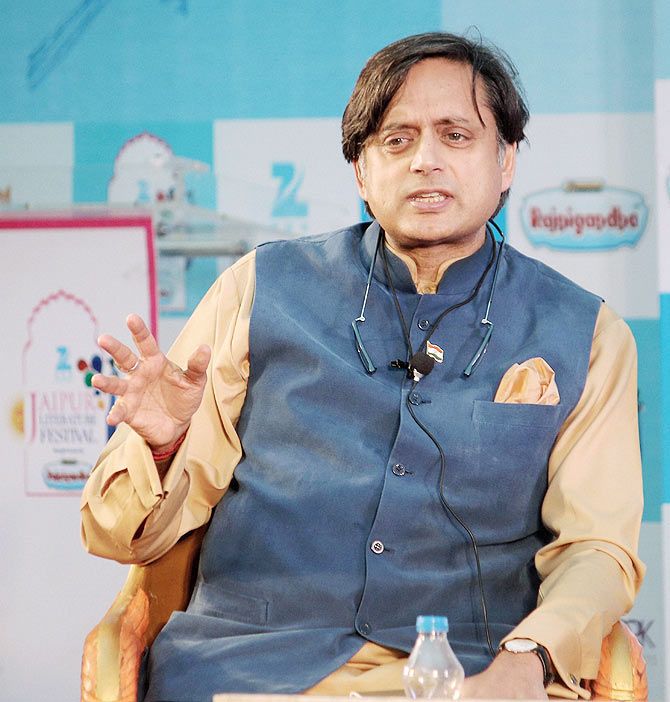 Tharoor, however, chose to differ from the opinion.

“Cricket is a uniquely Indian sport in its own way. I have always said that cricket is one such game which is celebrated by masses in India and was accidentally discovered by foreigners. Be it a 20-20 match, a Test match or a One-day series...how does it matter, the game still remains the same,” he said.

“Watching a Test match is like reading a good novel and watching a T20 is like watching a sitcom. Whatever it is, the entertainment is still there!” Tharoor added.

Tharoor, however, did not respond to a question on what interests the politicians in the country have to be involved in cricket. 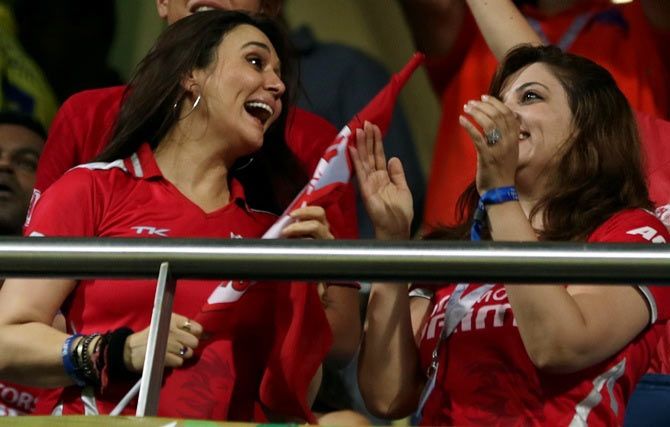 Bollywood actor Preity Zinta (left), co-owner of Kings XI Punjab and another a friend show their support during an IPL match. Photograph: BCCI

Moderating the panel was Rajdeep Sardesai who said “cricket is the game where more small town people make it bigger in the sport rather than those training in fancy academies in the country. Exceptions are everywhere though!”

“IPL has not only brought the sport to the forefront, commercialisation to a damaging extent but it has drawn the sport parallel to the entertainment industry in a negative way," he opined.

James Astill, who has been critical in his book about how the sport is not untouched from corruption in the country, said “India has huge pool of talent… but there is a huge pool of population too. How many deserving cricketers make it to the national team? And IPL offers them small duration fame with nothing much to look forward too but the team owners’ pockets remain happy!