PHOTOS: England storm back to beat Australia in thriller 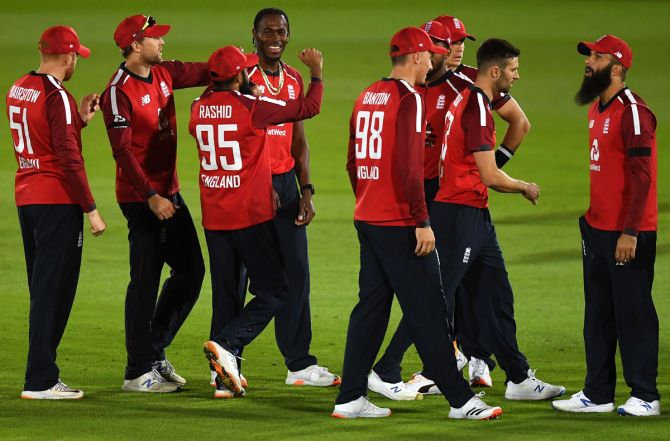 England produced a brilliant comeback to beat Australia by two runs on the final ball of their first T20 international in Southampton on Friday after the visitors looked to be cruising to victory in their first competitive match for six months.

Seemingly in control while chasing England’s 162-7, Australia were pegged back as they lost quick wickets and were left needing 15 off Tom Curran’s final over.

Marcus Stoinis missed the first ball, smashed a massive six off the second, but then missed the third. 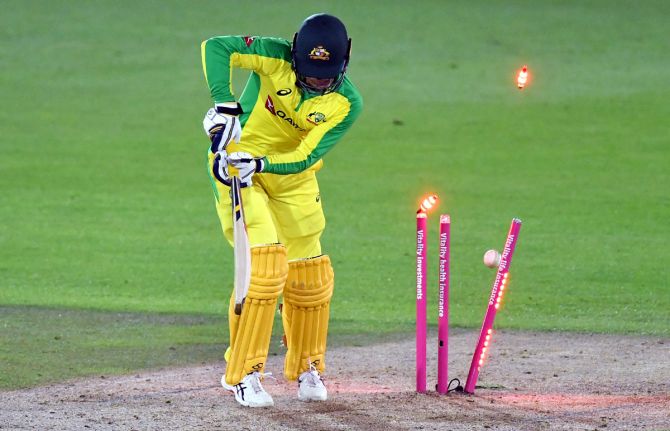 He was left needing five off the last ball but could scramble only two from a well-placed yorker as England celebrated an unlikely victory that puts them one-up in the three-match series.

"Today we went with a batter less, which proved very valuable in the second innings." 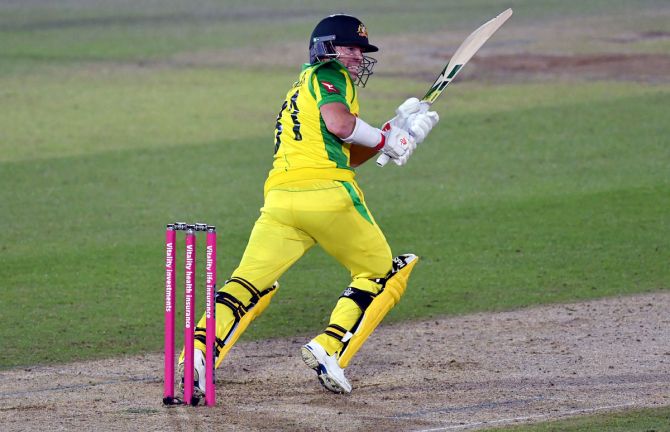 Dawid Malan then continued his remarkably consistent form with a superb 66, made all the more challenging as nobody was able to hang around long to build a partnership in what looked a
below-par total. 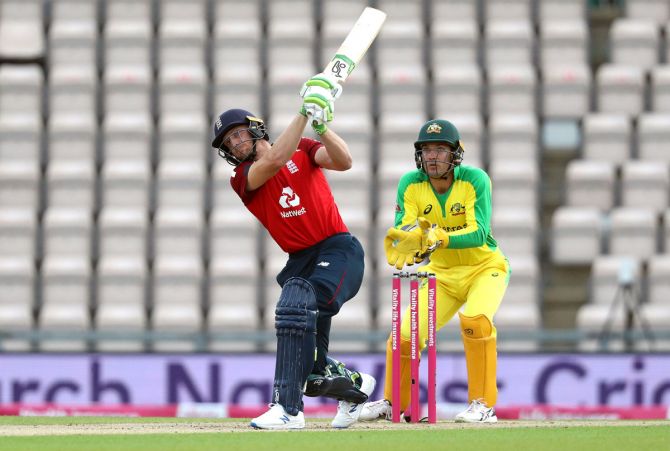 Australia showed no signs of rustiness in their first game since March as a brilliant 98-run opening stand by David Warner (58) and Aaron Finch (46) put them in command. 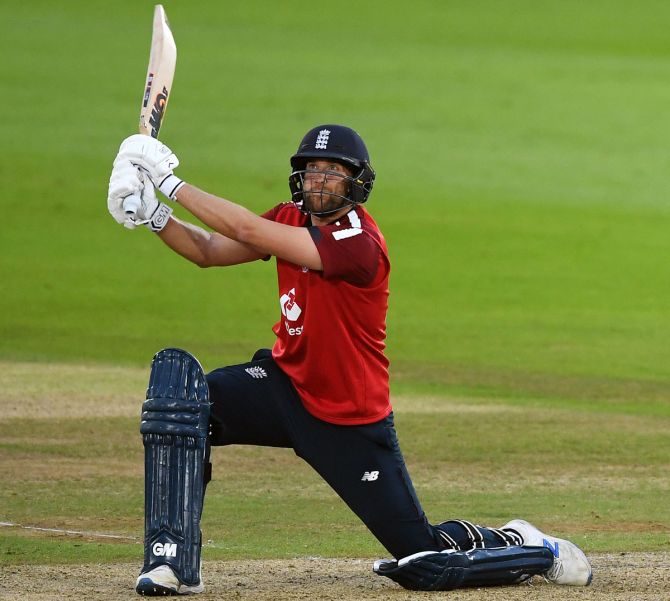 Ashton Agar was run out by an inch on the last ball of the penultimate over, leaving Stoinis to come up just short in the roller-coaster final over.

"We probably struggled to find the boundary in that 12 to 18-over mark," said Australia captain Finch.

"We had a couple of great hit-outs against each other, but once you play England, it’s a bit different."