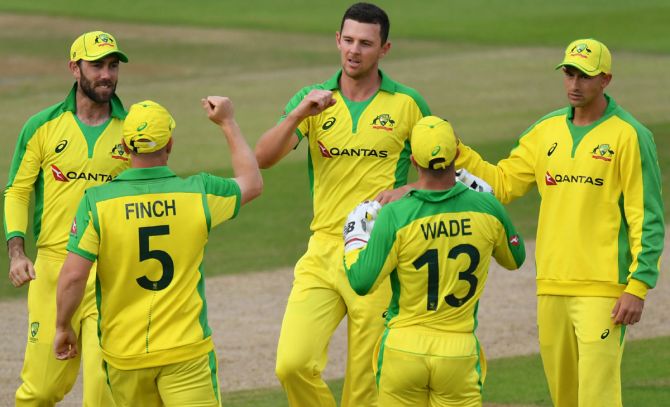 IMAGE: Josh Hazlewood, centre, celebrates with his Australia team-mates after taking the wicket of England opener Tom Banton during the third and final T20 International in Southampton, on Tuesday. Photograph: Dan Mullan/Getty Images

Australia avoided a series whitewash as they survived a mid-innings wobble to beat England by five wickets in the third T20 international and regain their top-ranking in the sport's shortest format on Tuesday.

Having restricted England to 145 for 6 at Southampton they appeared to be cruising as they reached 70-1 off seven overs before three wickets for inspired spinner Adil Rashid slammed the brakes on their progress.

But England's fielding was ragged and they spilled several catches before Mitchell Marsh plundered 13 off paceman Mark Wood's final over to ease Australian nerves and put them firmly back in the driving seat. 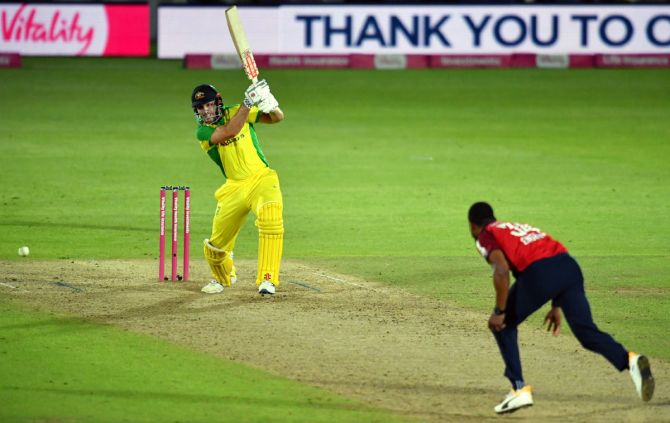 In the end it was reasonably comfortable for Australia with Marsh striking the winning single off Chris Jordan with three balls left to finish unbeaten on 39.

Jonny Bairstow had earlier top-scored for England with 55 in 44 balls.

England won the series 2-1 and will now face Australia in three ODIs in Manchester, starting on Friday.

Australia had slipped to second in the ICC's T20 rankings after falling 2-0 down in the series. 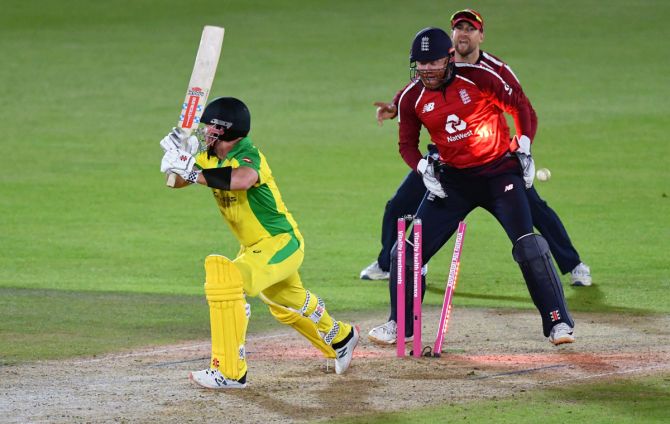 Captain Aaron Finch said it was a relief to get a first win on the board since they returned from a long international hiatus caused by the COVID-19 pandemic, especially after throwing away the first match from a winning position.

"We know where we messed up in the first game, we know where we could improve. We played good cricket but couldn't finish it off, but tonight Mitch and Ashton (Agar) got us over the line," he said. "It's been great learning curve after a long lay-off."

England, captained by Moeen Ali for the first time with Eoin Morgan having a night off, laboured early on after Josh Hazlewood had Tom Banton caught behind in the second over.

Bairstow initially struggled to middle anything and England were 33-1 after the six powerplay overs. 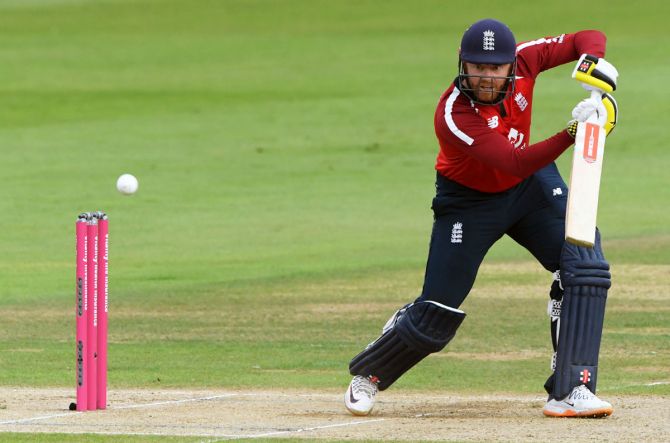 Dawid Malan and Bairstow broke the shackles before Malan was out for 21, Marcus Stoinis taking a good catch at deep mid-wicket off spinner Adam Zampa.

Bairstow found his range with one huge slog-sweep six off Zampa but the spinner hit back to dismiss Sam Billings who gloved an attempted reverse sweep to Finch.

Bairstow was caught and bowled by Agar after top-edging and Steve Smith then superbly caught Moeen on the deep mid-wicket boundary off the rapid bowling of Mitchell Starc.

Opener Matthew Wade gave Australia a fast start and after he departed for 14, Stoinis continued the attack. 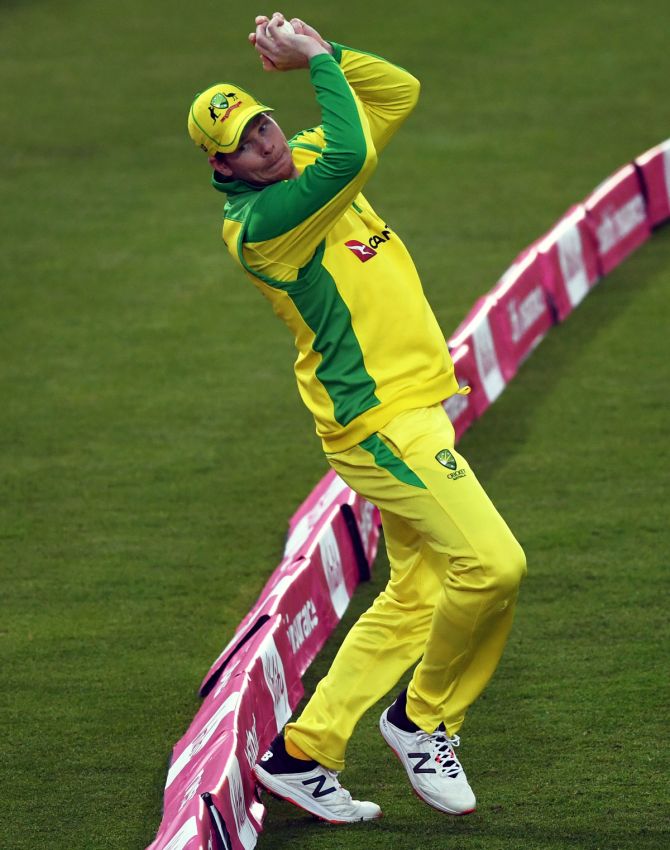 Bairstow dropped a sitter off Finch before Stoinis fell to Curran for 26 off 18.

Australia were in danger of imploding when Glenn Maxwell reverse swept Rashid to backward point and two balls later Rashid bowled Finch (39) through the gate with a ripper.

Marsh kept his cool though to guide Australia home.