'I would certainly back Day/Night (Test) cricket.' 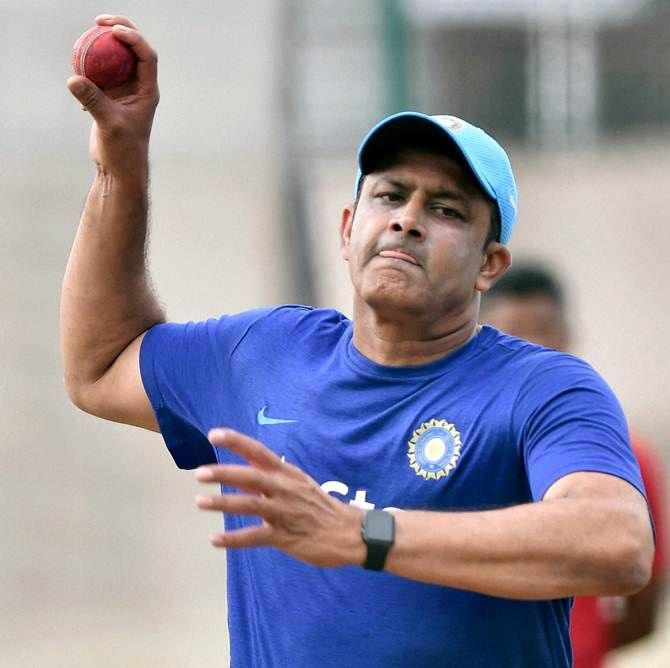 India's head coach Anil Kumble says a 'pink ball Test' in the country is "still a long way" off, even though he conceded that day/night Tests are the future to sustain interest in the longer format.

Responding to a query from PTI during a Q/A session on social networking site Twitter, the former leg spin ace said his immediate focus is on how the team performs against the 'Red Dukes' ball in the West Indies.

Asked how the Indian spinners will fare with the pink kookaburra on sub-continental pitches, he replied: "We haven't really thought about pink ball yet, as far as I know. It's still a long way. We will be playing with Dukes red ball in the West Indies. I would like to take one match at a time. The West Indies series is important for us. We have practised (at NCA Bengaluru) for last six days with red Dukes. Once we start looking at pink ball, we will start looking at it." 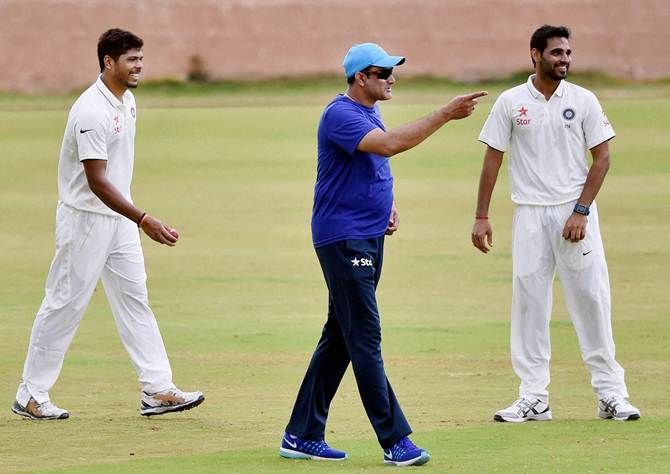 However, India's highest wicket-taker, who is also chairman of the prestigious ICC Cricket Committee, conceded that day/night Tests are the way forward.

"I would certainly back Day/Night (Test) cricket. Anything we need to do to get crowd back to Test cricket... At least that is the future. In day/night matches, people can come into the stadium after office hours," replied Kumble, to another query. 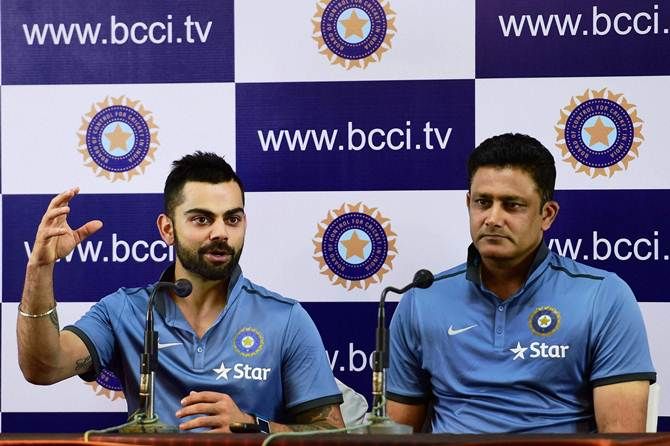 He termed Virat Kohli a "fantastic batsman and leader".

"I am really excited to work with Virat. I have seen him as U-19 at the Royal Challengers Bangalore. He has matured a lot in last couple of years. He is a fantastic batsman and leader. He is really aggressive and so was I. I am really looking forward towards working with him."

With his immediate focus on West Indies series, the owner of 619 Test wickets said he expects Ravindra Jadeja to do well, as the wickets in the Caribbean will suit his style of bowling. He did not forget to mention that he expects good things from the all-rounder.

"Jadeja is a wonderful all-rounder. I had a chat with him about his bowling. I think with his bowling he can do a great job and be effective in West Indies conditions, which is pretty similar to Indian conditions. I have also spoken to him about his batting ability as he can score a lot of runs. I am looking forward to Jadeja doing a great job not only as a bowler but also as batsman."