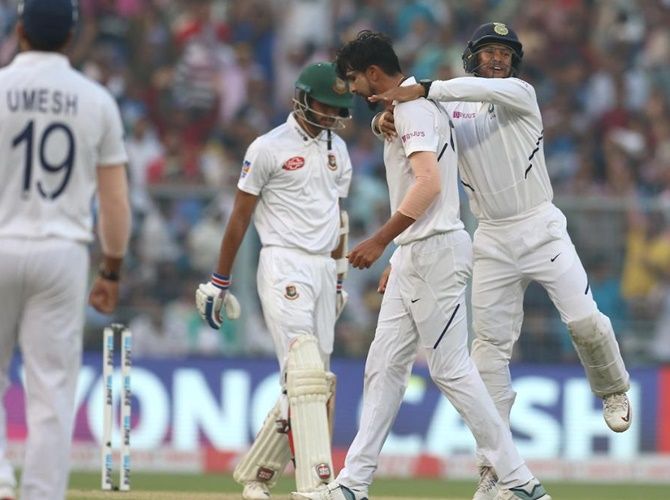 IMAGE: Bangladesh were bowled out for 106 in less than three hours. Photograph: ICC/Twitter

Bangladesh coach Russell Domingo said a practice game with the pink ball would have been ideal but offered no excuses for his team's batting capitulation on the opening day of their first day-night Test against India on Friday.

The touring side were shot out for 106 inside 31 overs with only three batsmen managing double-digit scores and they needed two concussion substitutes after Liton Das and Nayeem Hasan were struck on the helmet.

"We requested (a practice match) but in the current schedule, time was too tight," Domingo told reporters.

"It was the same for both sides. We had four days of practise, but a warm-up game would have helped, to give the guys a bit more time with the pink ball. But this is no excuse."

The South African was frank in his admission that his team would need to do a lot of catching up if they were to match Virat Kohli's India, the top-ranked test side.

"I wouldn’t say we were underprepared for the pink ball. India had similar time to train," Domingo said.

"There’s a big difference between the two sides, regardless of six or seven days of preparation for the pink ball. We are a long way behind in Tests."

"It was not a 30-over all out wicket. There’s no doubt that we didn’t bat well enough."

Nearly 60,000 fans packed into Eden Gardens to watch India's first day-night Test which has created quite a buzz in the eastern Indian city.

Operating with the heavily-lacquered ball, India did a good job to bowl out Bangladesh inside three hours before finishing day one on 174-3.

"The pink ball was very different to the red ball," said the lanky right-armer.

"When we started bowling at normal lengths, the ball was not swinging that much. We then figured out the length," Ishant added.

"We talked about it among ourselves, the three fast bowlers, and started hitting the right lengths after that."

© Copyright 2022 Reuters Limited. All rights reserved. Republication or redistribution of Reuters content, including by framing or similar means, is expressly prohibited without the prior written consent of Reuters. Reuters shall not be liable for any errors or delays in the content, or for any actions taken in reliance thereon.
Related News: Russell Domingo, Ishant Sharma, India, Kohli, Bangladesh
COMMENT
Print this article 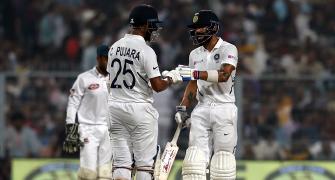 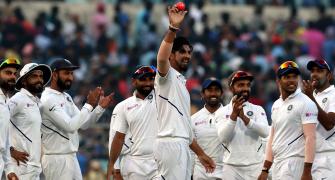 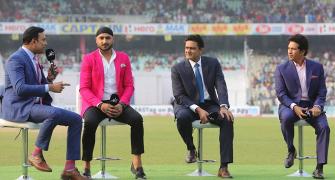 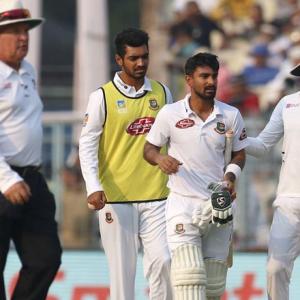 B'desh first to have two concussion subs in one day 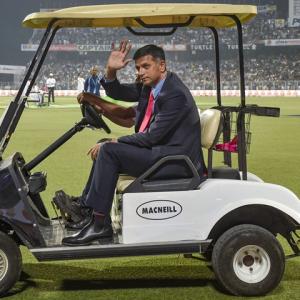