With Sania present in the stands, Malik lit up Sharjah with a stunning display of power-hitting, scoring 54 off just 18 deliveries to propel Pakistan to a match-winning target of 189 for 4.

Scotland barely put up a fight and fell 72 runs short, allowing Pakistan to record their 5th win from 5 matches in the Super 12s.

Sania watched as Malik equalled Indian opener KL Rahul's record of fastest 50 in the ongoing T20 World Cup . Rahul had scored 50 in 18 balls on Friday as India chased down 86 in 6.3 overs against Scotland.

Malik was named ‘Player of the Match’ for his smashing half-ton.

‘I dedicate today's "Man of the match" to all team members of Pakistan squad, come on guys we can do this, inshAllah! #5of5 #Cricket #Pakistan,’ he tweeted.

With this win, Pakistan topped the Group 2 of the Super 12 stage and will now lock horns with Australia in the semi-finals on Thursday. 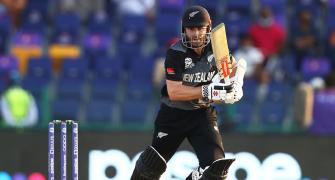 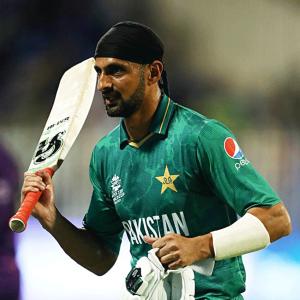