Images from Day 4 of the second Test between India and England, at the M A Chidambaram stadium, in Chennai. 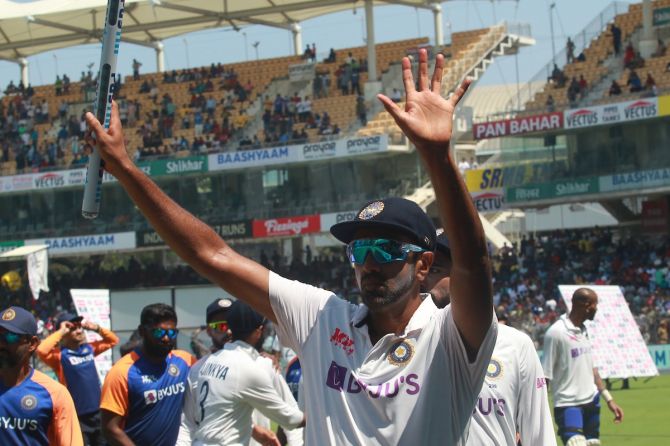 IMAGE: Ravichandran Ashwin waves to the crowd as India’s players celebrate victory over England on Tuesday, Day 4 of the second Test, at the M A Chidambaram stadium, in Chennai. Photograph: BCCI

India humbled England by 317 runs to win the second Test inside four days and level the four-match series 1-1, at the at the M A Chidambaram stadium, in Chennai, on Tuesday.

Victory was clinched shortly after lunch on Day 4 of the Test when wrist spinner Kuldeep Yadav dismissed Moeen Ali, who went on a six-hitting spree, scoring 43 off 18 balls, and England were shot out for 164 in their second innings.

The defeat ended England's six-match winning streak away from home.

Axar Patel finished with figures of 5 for 60. He was ably supported by home hero Ravichandran Ashwin, who had figures of 3 for 53 in England's second innings, and Kuldeep, who got 2 for 25 in 6.2 overs.

The victory brought India back in contention for a spot in the World Test Championship final. They rose to second in the WTC standings and need to win at least one more Test and draw another in the four-match series to make the cut for the June final. 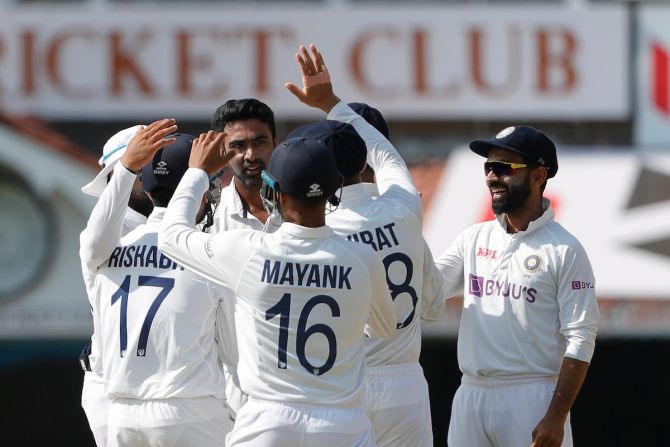 Earlier, India continued its charge for victory, reducing England to 116-7 in their second innings by lunch.

Off-spinner Ravichandran Ashwin, who finished with figures of 5-43 in England’s first innings, took two of the four wickets to fall in the morning session, accounting for Daniel Lawrence and Ben Stokes, while Axar Patel snared the third and Kuldeep Yadav the fourth just before lunch. 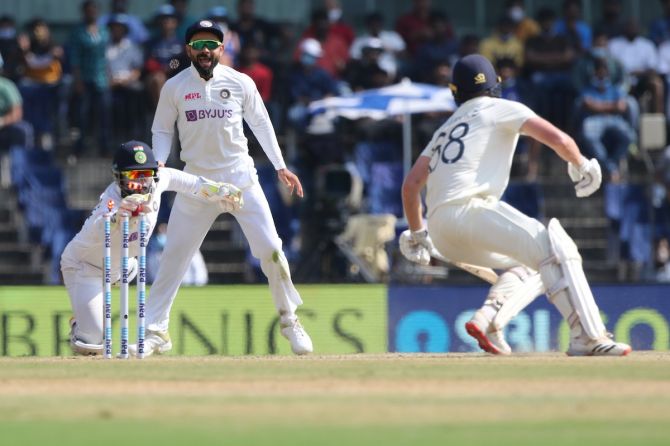 At the break, England were 366 runs behind, with skipper Joe Root batting on 33 off 90 balls. 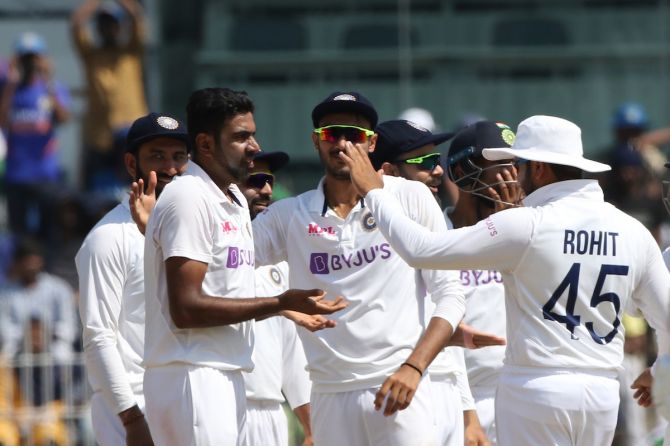 Ashwin got into the thick of things in his first over after being introduced into the attack, dismissing Lawrence, and having England four down with only 66 on the board in their second essay.

The off-spinner bowled wide down the leg side and as Lawrence came down the track, the ball went between his legs.

Rishabh Pant collected and whipped off the bails. Lawrence was out for 26. 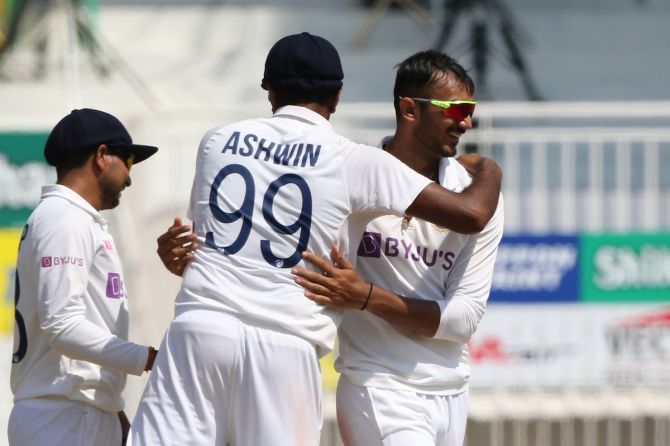 Ashwin struck again, this time dismissing Ben Stokes, who played for the turn, outside the line, got the inside edge and Virat Kohli took the catch at slips. Stokes was out for 8 and England hurtling towards defeat at 90 for 5.

Axar picked his third wicket of the innings, dismissing Ollie Pope. The batsman attempted the slog-sweep, but was unable to find the distance and caught by Ishant Sharma at mid-wicket. 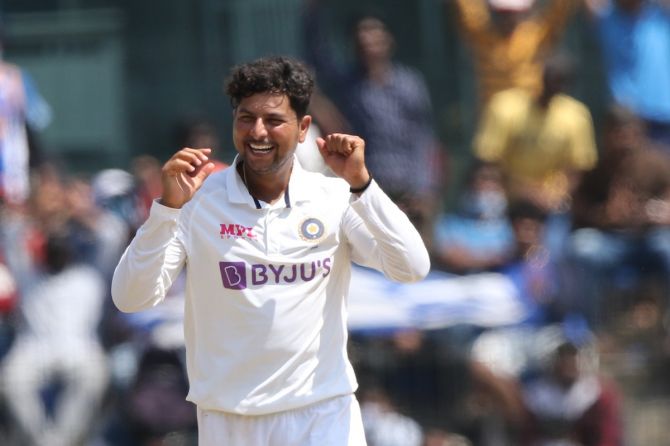 Kuldeep picked his first wicket of the innings, dismissing Ben Foakes, who swept a fuller delivery and Axar had him caught at mid-wicket.

India were well and truly on course for a resounding victory going into the lunch break. 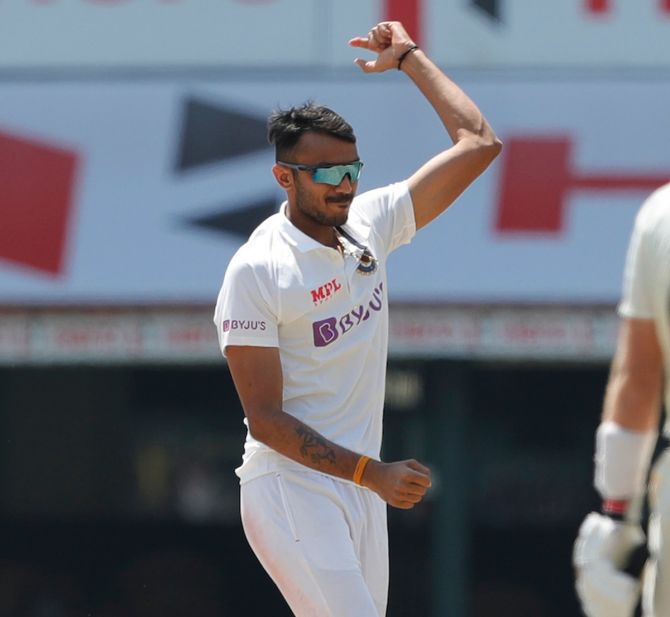 Having beaten Root's edge a number of times, he landed one successfully on the spot and as the England captain pushed forward, the ball bounced enough and took an edge before flying into slips. 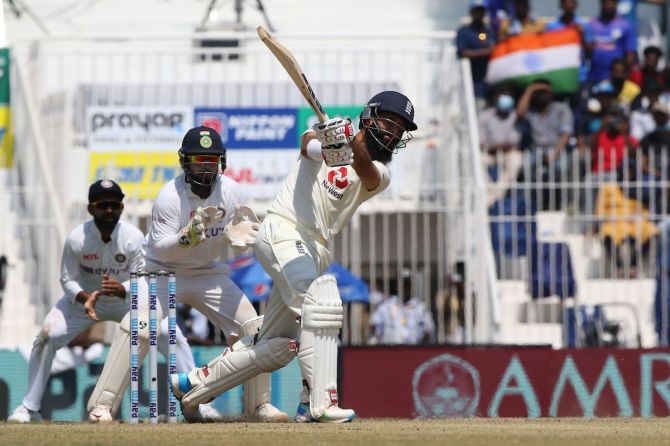 On a track, where a five-for was there for the taking, Axar removed Olly Stone to get his maiden five-for in his debut Test match just like his spin bowling partner Ashwin did nearly a decade ago and Narendra Hirwani around 33 years back.

Moeen (43 off 18 balls) with no worries in the world entertained himself with three successive sixes which was more of an audition for interested IPL franchises.

Fittingly it was another smart Pant stumping off Kuldeep that brought curtains down on a highly satisfactory outing for Kohli and company. 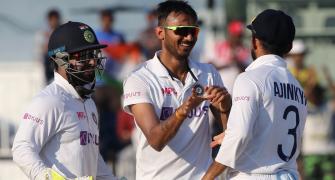 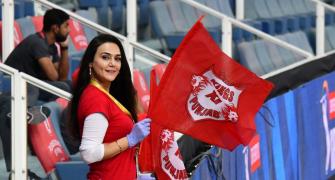 Kings XI Punjab to be renamed Punjab Kings from IPL-14 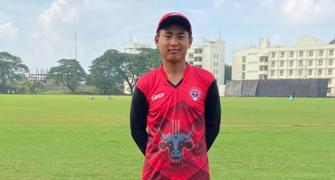 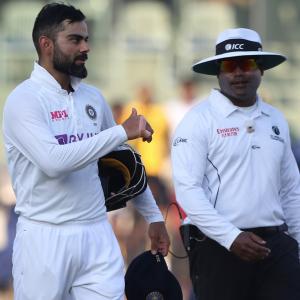 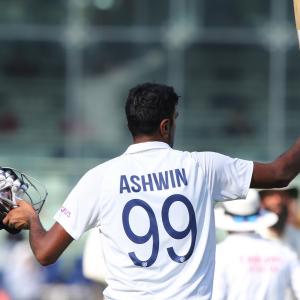