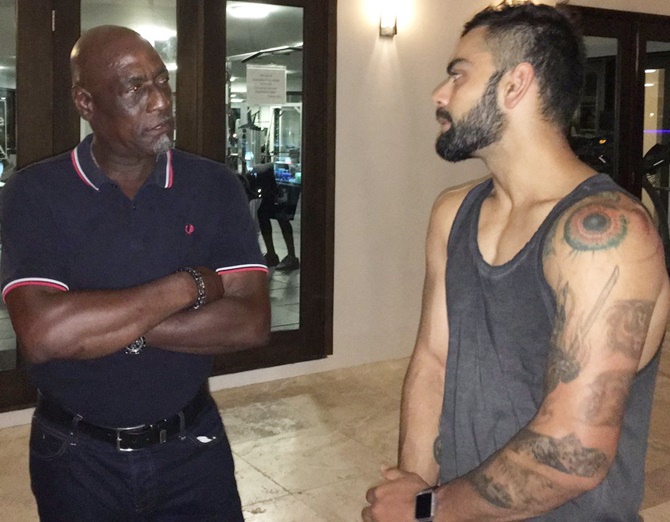 The Indian cricket team has had an intense schedule since hitting the Caribbean islands for the four Test series against the West Indies.

But they were in for a reward when they met legendary batsman Vivian Richards on Monday, July 18. 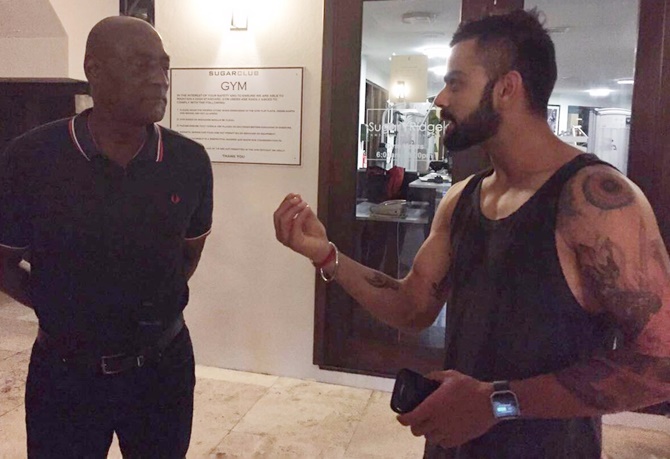 Skipper Virat Kohli says he received 'words of gold' from Sir Viv who visited the Indian team hotel ahead of the first Test in his native Antigua.

The first of the four Tests between India and the West Indies will be played at the Sir Vivian Richards Stadium in North Sound, Antigua, from Thursday, July 21.

'What a memorable moment. With the greatest ever, Sir @vivrichards56. Words of gold from him. #Grateful #Memorable,' Kohli, who has often been praised by Richards for his attacking batting, tweeted. 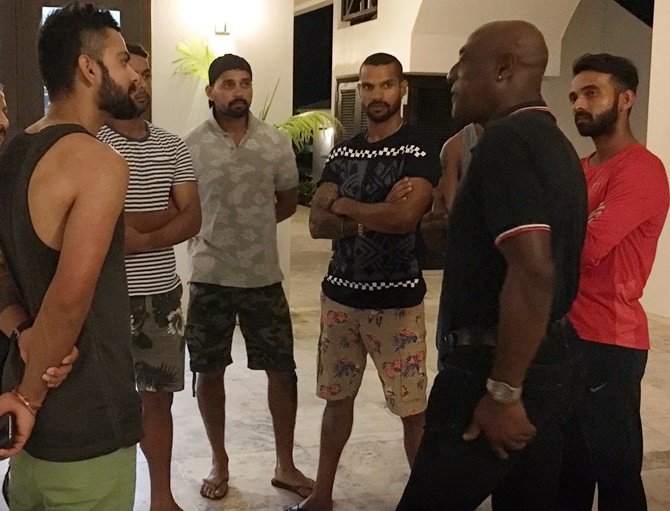 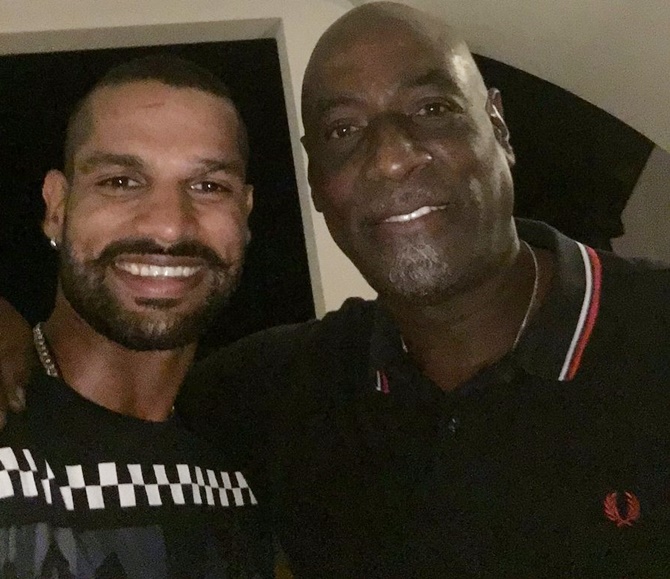 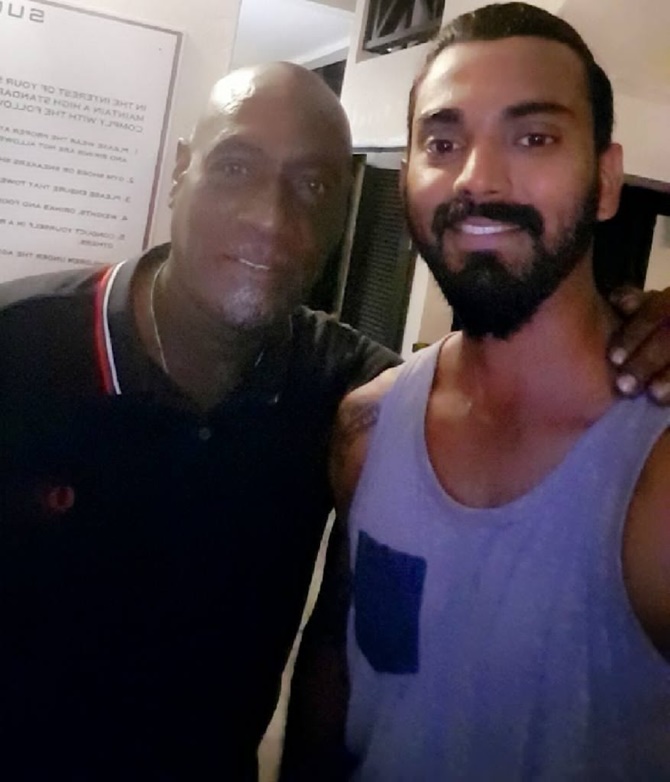 'Major fan boy moment. Sir Viv was kind enough to give us some advice. #blessed #bossman what a legend!' Rahul tweeted.

This Test series marks a thaw in the frosty relationship between the Board of Control for Cricket in India and the West Indies Cricket Board after Dwayne Bravo's team abandoned the 2014 tour of India midway.