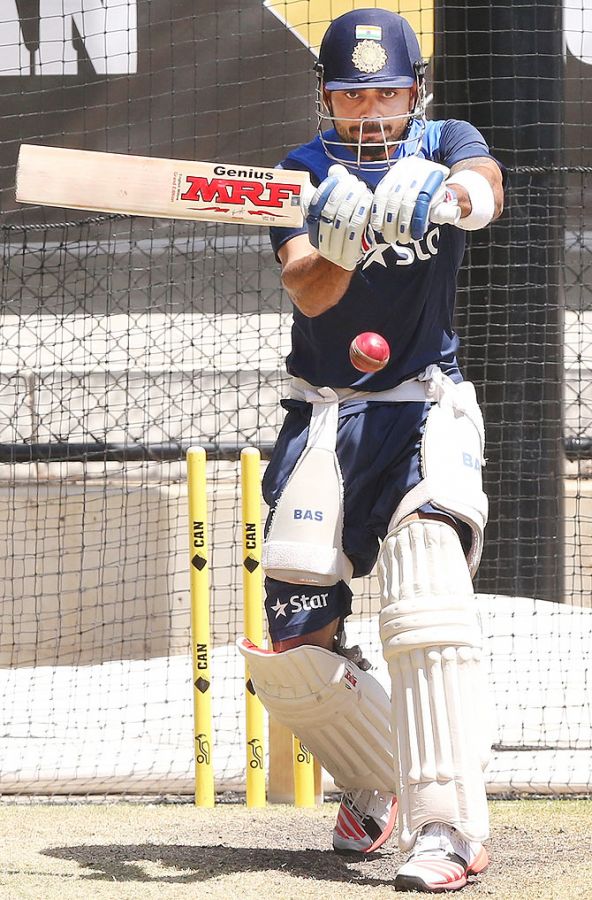 Virat Kohli hits the ball in the nets during an India training session at the Adelaide Oval on Monday. Photograph: Michael Dodge/Getty Images

Team India is well-set for its gruelling tour of Australia. On Monday, they looked in top gear as they practiced diligently during a nets session on the eve of the first Test in Adelaide.

After playing out two drawn practice matches, the team will be led into Tuesday's first Test by Virat Kohli, who is standing in for the injured Mahendra Singh Dhoni, who is yet to recover from a hairline fracture in his right thumb. 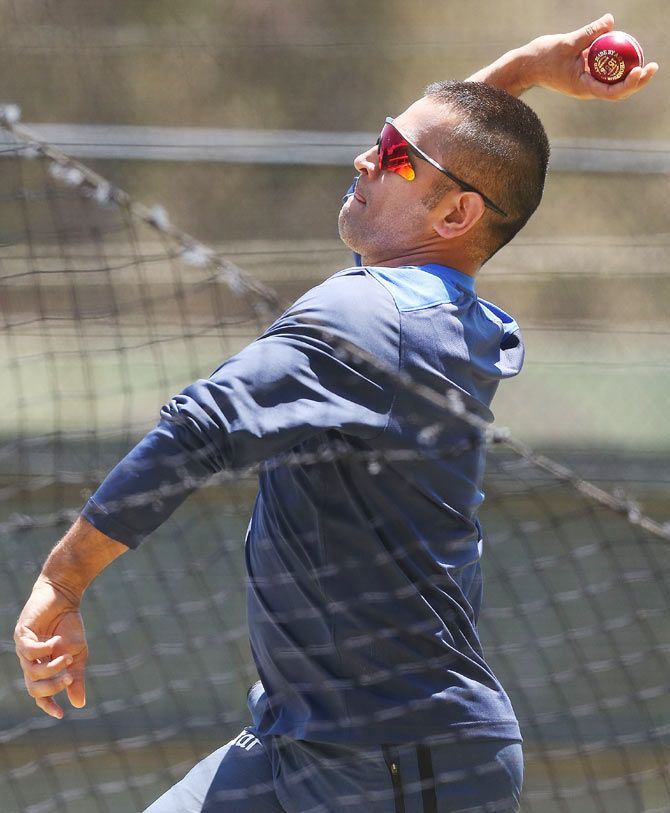 As the Indian players went through the paces at the Adelaide Oval, news was in that pacer Bhuvaneswar Kumar’s availability for the opening Test is in doubt.

Ishant Sharma bowled tirelessly in the nets, as did Dhoni, who rotated his arm for a short session.

The visitors will be hoping to reverse the result (India lost 4-0 in 2011-12) they secured the last time they played a Test series in the country. 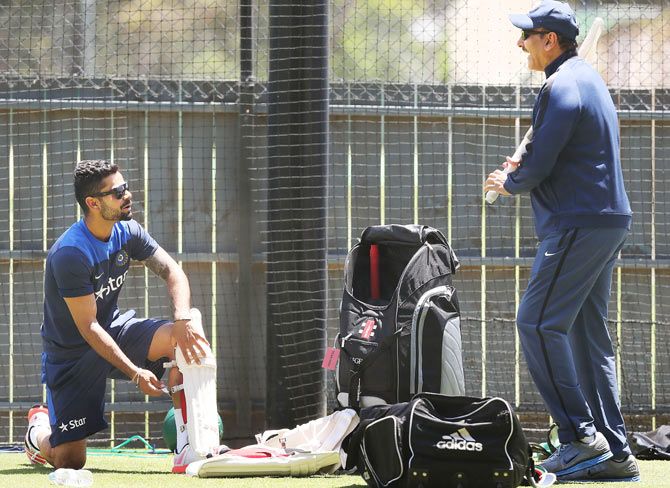 The team has very little resemblance to the one that played Down Under in that summer. In 2011, Dhoni, Kohli, Ajinkya Rahane, Rohit Sharma, Ishant Sharma, Ravichandran Ashwin and Umesh Yadav were part of the Test squad. Rohit didn't get a chance to play then but has played a lot of cricket overseas in the last one year.

Stand-in captain Kohli said his intent will be aggressive.

There is a wave of anticipation over Kohli taking over the reins, even if for this one-off Test, and as such there could be a sharp contrast in the dynamics of the team. 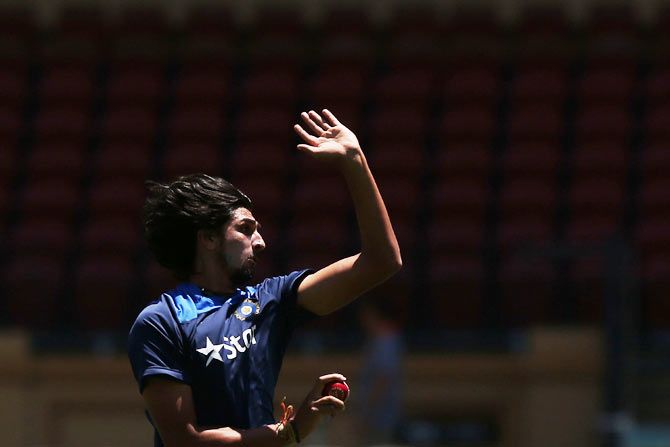 Ishant Sharma bowls in the nets during a team training session at Adelaide Oval on Monday. Photograph: Michael Dodge/Getty Images

India’s success will depend on the performance of their bowlers.

With Bhuvaneswar a doubtful starter, frontline pacer Ishant Sharma will be thrust with the responsibility of making those early breakthroughs. 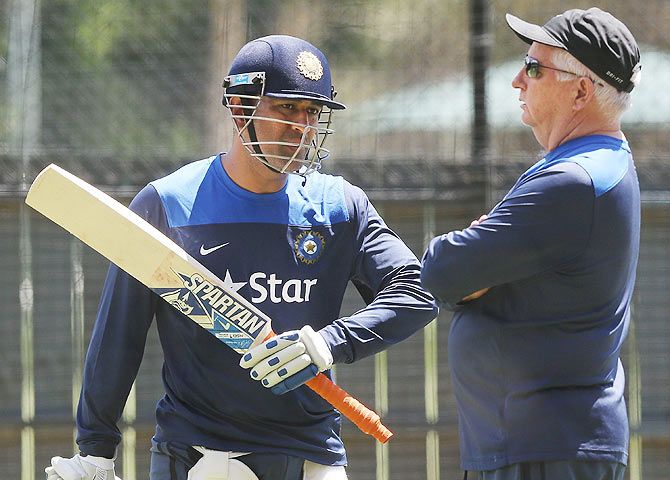 Also, Wriddhiman Saha could get a Test in the absence of Dhoni. All this is mere speculation, though.

If India go in with an extra batsman, it will mean a four-bowler-attack comprising three medium-pacers and a spinner.

Coming to the surface, the pitch for the opening Test in Adelaide will have something for everybody, curator Damian Hough has promised.

Hough, the curator of the Adelaide Oval, said it would be 'a typical' 22-yard strip on which pacers would have initial edge before it eases for the batsmen, while offering some turn to the spinners as well.

Phillip Hughes will be the honorary 13th man for Australia in the first Test.