Images from Day 2 of the first Test between South Africa and England at Supersport Park in Centurion on Friday. 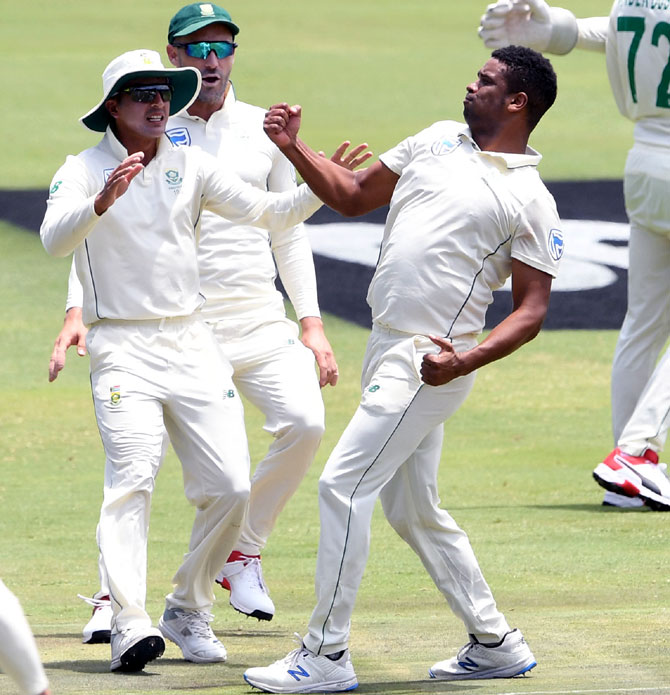 South Africa bowled England out for 181 in their first innings and had built up a significant 175-run lead by the close of play on the second day of the first Test at Centurion Park on Friday.

But a see-saw contest was still in the balance as the hosts were precariously placed on 72 for four in their second innings as England sought to bowl themselves back into contention.

Rassie van der Dussen (17) and nightwatchman Anrich Nortje (4) will resume on Saturday with South Africa looking to take the contest away from the tourists, who need early wickets to keep alive hopes of engineering an exciting comeback. 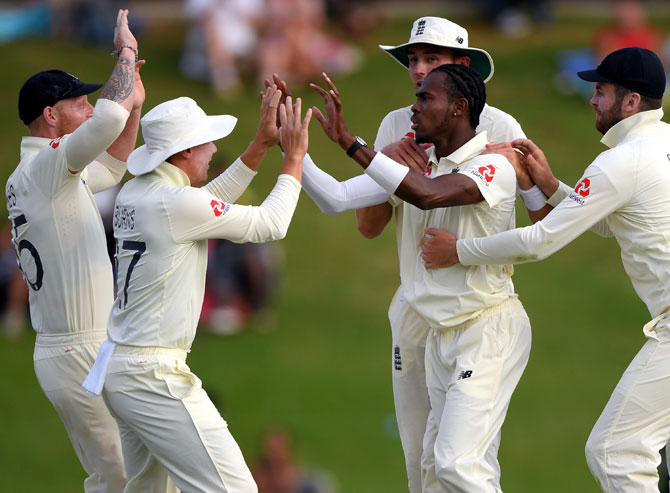 South Africa started the day on 277-9 and were quickly out as they added just seven runs for a first innings total of 284.

England lost two wickets before lunch as they began their reply amid a torrid spell of bowling and then saw captain Joe Root dismissed at the start of the second session. 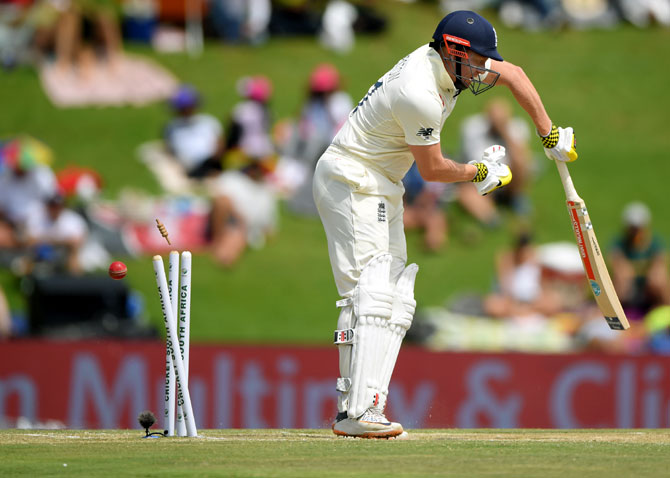 However, they began to settle in when Joe Denly and Ben Stokes put together a 72-run partnership for the fourth wicket.

Denly, who was dropped in the slips before scoring and took 28 balls to get off the mark, made 50 off 108 before falling to the tiniest tickle as Dwaine Pretorius grabbed a maiden Test wicket but only after South Africa had asked for a review. 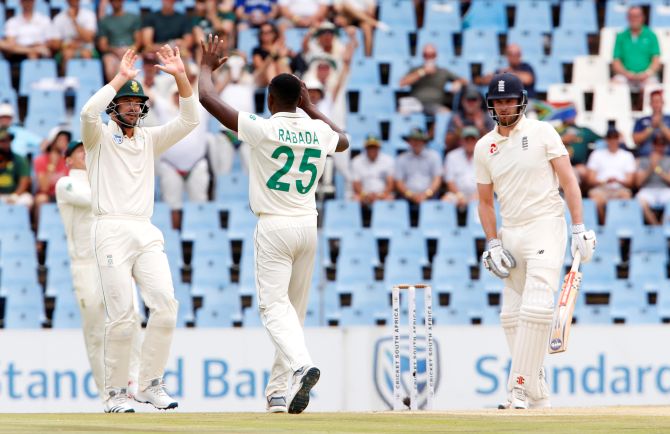 That set off an England collapse as their last seven wickets tumbled for 39 runs with Vernon Philander taking 4-16 from 14.2 overs and Kagiso Radaba bagging 3-68.

The initial breakthrough for the home attack had come from the tandem of South Africa’s new pacemen Nortje and Pretorius, who grabbed three wickets between them in the space of 17 balls to initiate England's disintegration. 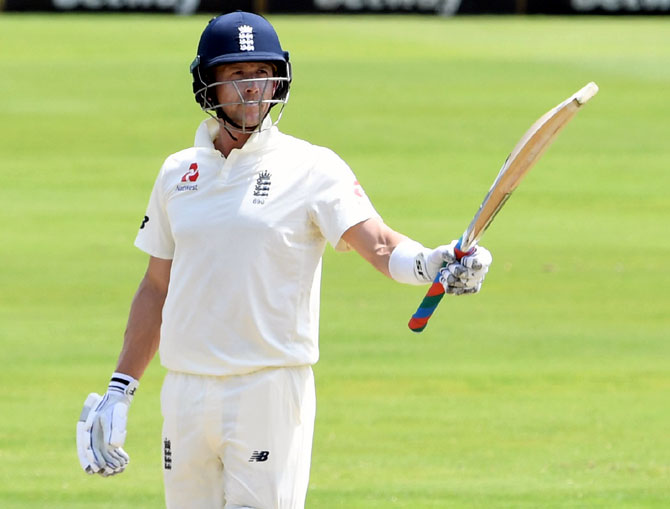 It included Stokes caught behind for 35 in a South African record-equalling six catches for wicketkeeper Quinton de Kock.

The wickets of Zubayr Hamza and Dean Elgar soon followed and English hopes were boosted further when home captain Faf du Plessis departed for 20 after pulling a hook shot, played from one knee, to long leg where Sam Curran made a running catch.

© Copyright 2020 Reuters Limited. All rights reserved. Republication or redistribution of Reuters content, including by framing or similar means, is expressly prohibited without the prior written consent of Reuters. Reuters shall not be liable for any errors or delays in the content, or for any actions taken in reliance thereon.
Related News: South Africa, England, Joe Root, Philander, Quinton de Kock
SHARE THIS STORYCOMMENT
Print this article 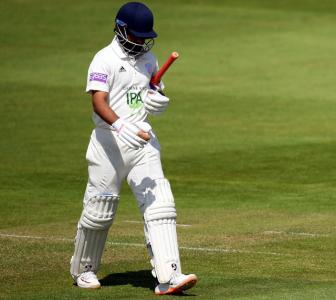