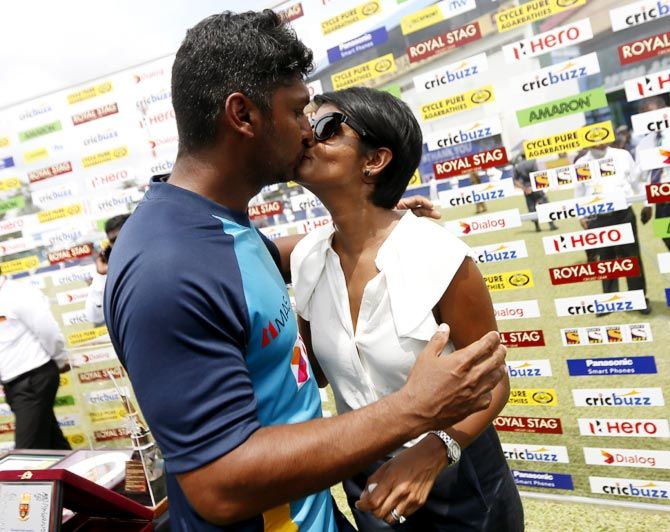 None other than Sunil Gavaskar was there to welcome him into the 'Former Cricketers' Club' as Sri Lankan batting legend Kumar Sangakkara fought back tears in an emotional farewell where the country's President, Maithripala Sirisena, stumped him by offering the High Commissioner's post to the United Kingdom, in Colombo, on Monday.

- 'Sangakkara will go down as one of cricket's greatest-ever players'

It wasn't exactly the fairytale ending he had hoped for as India thrashed the home side by 278 runs in what was Sangakkara's final match in international cricket. 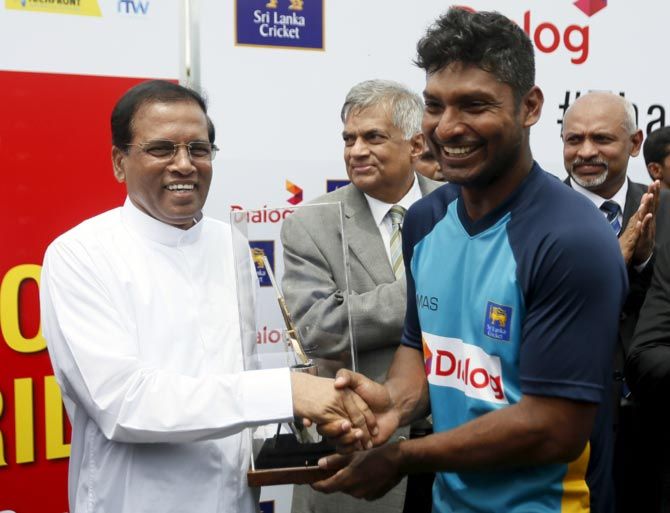 But the 37-year-old left-hander, who signed off with 12,400 runs in 134 Tests, at an average of 57.40, had a wide grin on his face for most part as dignitaries, one after another, showered him with mementos and good wishes at an elaborate farewell ceremony after the match.

"People ask me about the big achievements, the hundreds, the World Cup wins, but I just look up at the box; all my friends over the last 30 years have come up here on a Monday to watch me play. To be able to go back to a family that will love me whether I win or lose, that is my greatest achievement," said Sangakkara, thanking everyone from his former school principal to his formative coaches to the visiting India players. 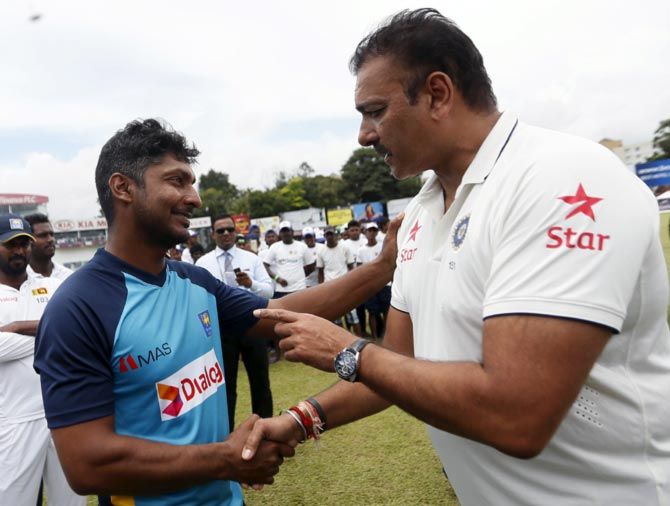 Much before the actual ceremony, the affable batsman walked out to warm embraces and handshakes with Virat Kohli's men after the fall of the last Sri Lankan wicket on the fifth and final day of the second Test at the P Sara Oval in Colombo.

Signing autographs and posing for pictures with the ground-staff while the presentation ceremony was on, Sangakkara grinned widely when a special ceremony began to honour his contribution to the game. 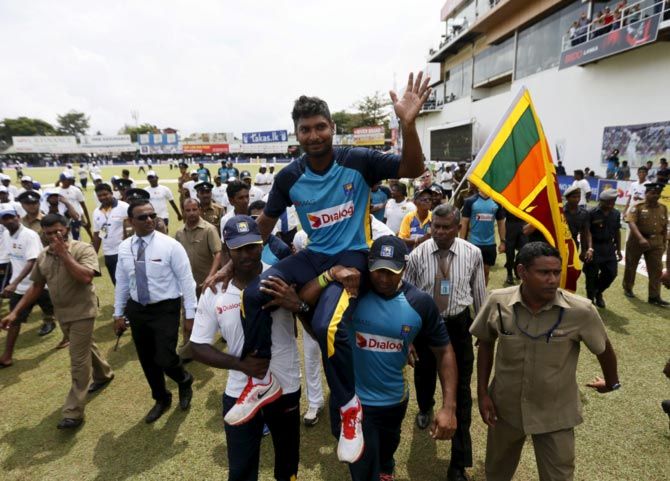 "I wish you an excellent second innings in life. I hope it is as incredible as your first innings. And now I welcome you to join...drum roll...former cricketers' club," Gavaskar declared as he handed out an envelope to Sangakkara.

"You have been the big brother in the Sri Lankan dressing room. The sound of the ball hitting your bat and going for a boundary is the sound that no cricket lover would ever forget.

"Fairytale endings are not always possible. Kumar, you manfully shouldered the burden of expectations all these years...You could not go out on a high but what you have achieved over the last decade would be remembered," said the former India captain.

Before that, Sirisena created quite a flutter by offering Sangakkara the post of Sri Lanka's High Commissioner to UK while paying tribute in Sinhalese. The batsman, among a select group of 12 who scored hundreds against every Test-playing nation, was also felicitated by Kohli.

India's captain presented him with a team jersey signed by every member of the visiting side.

The mutual admiration between the two was quite evident as both shared an embrace with huge smiles on their faces.

Finally, the legend took the microphone to share his thoughts and fought back tears on more than one occasion.

"I have so many people to thank...To all my past captains, to all my team-mates, the support, the inspiration, the drive you have shown, I value it very very highly. All the moments in the dressing room, I am going to miss that very much," said the stylish batsman.

"A lot of people have asked me what has inspired. I don't have to look beyond my parents. I am sorry I don't want to embarrass you but you have been my inspiration. And my siblings. I had the most amazing parents and siblings. They supported me whether I played well or not. I felt safe at home," said a choking Sangakkara.

"They say you can't choose your family, but I am thankful I was born your children and your sibling. I am sorry I don't always get emotional, but this is the rare time that my parents and my siblings are here." 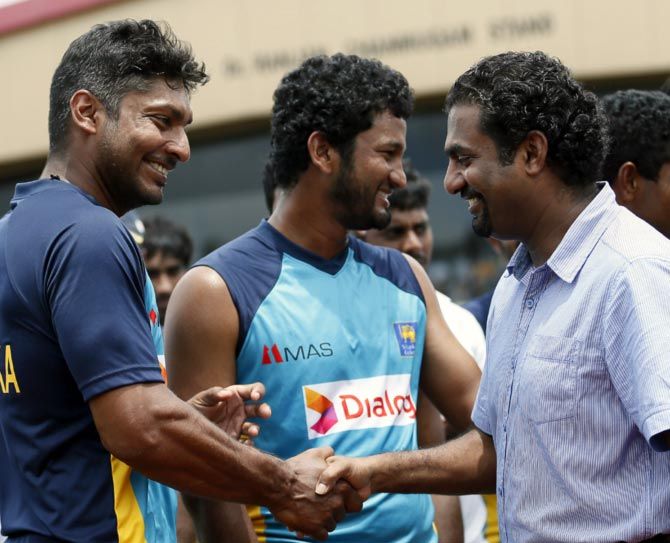 Sangakkara also thanked his team and the visiting Indians for giving him an emotional farewell.

"To Virat and the Indian team, thanks for the kind words and more importantly the quality of cricket you have brought here. I couldn't have asked anything more than tough cricket when I am leaving. You have been our toughest opponents. We have planned to beat you. Sometimes we have succeeded, sometimes we haven't, but thanks for being there," he said.

- Why Sangakkara is among the best of his era