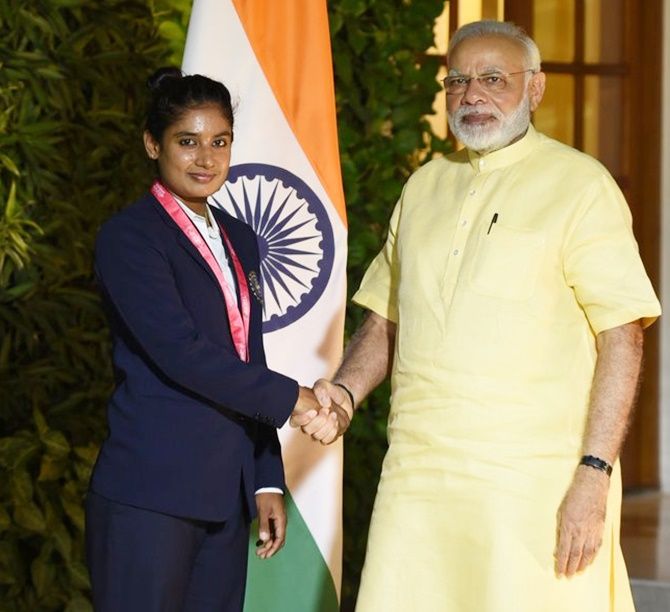 Prime Minister Narendra Modi on Thursday hosted the Indian women's cricket team and told the players that they made the nation proud like several other 'daughters' of the country.

The team returned from London after participating in the ICC Women's World Cup where they lost to England in the final at Lord's. Modi had posted a series of tweets before the match to wish luck to the team and to players individually.

He had also tweeted soon after the match to hail the team's performance.

During the interaction on Thursday, the players said that this was the first time that they had seen a Prime Minister tweet for the women's cricket team, the PMO said. 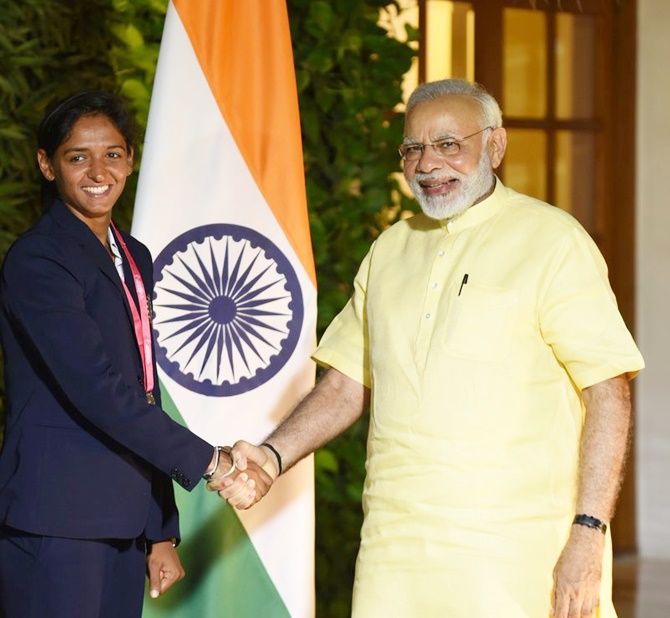 IMAGE:  Prime Minister Narendra Modi tweeted, “With the talented @ImHarmanpreet...congratulated her for her memorable innings against Australia & wished her the best for the future.” Photograph: Narendra Modi/Twitter

They said that they felt proud, happy and inspired to know that the prime minister was following their progress, PMO said in a statement.

Responding to questions asked by the players on handling pressure, the Prime Minister said that yoga helps achieve a good balance between mind, body and action.

He also said that practice of yoga helps develop detachment, it said. 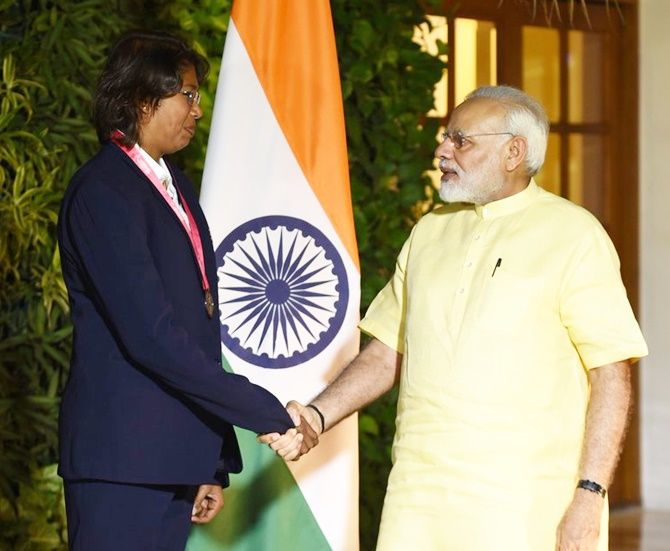 IMAGE:  Prime Minister Narendra Modi tweeted, “Jhulan Goswami is renowned not only in India but across the world for her bowling. Had a very good interaction with her today.” Photograph: Narendra Modi/Twitter

Telling the players that they had not ‘lost’, the prime minister said that 125 crore Indians carried their defeat in the final, on their shoulders, and this was, in fact, their greatest victory, the statement said.

He said India's daughters have made the nation proud in many international sporting events and that the society is benefiting from the progress that women are making in various fields.

Besides sports, he mentioned the school results of Class 10 and 12; and women space scientists who have played a key role in prestigious ISRO missions.

The players presented a signed cricket bat to the Prime Minister.