Images from Day 3 of the second Test between India and Sri Lanka in Nagpur on Sunday. Virat Kohli coasted to his fifth double century as India's frontline batsmen crushed Sri Lanka's toothless attack to stay on course for an innings victory in the second Test in Nagpur on Sunday.

Kohli smashed 213 while Rohit Sharma celebrated his return to the side after more than a year with an unbeaten 102 before the hosts declared their second innings closed on 610 for six on the third day for a commanding lead of 405. 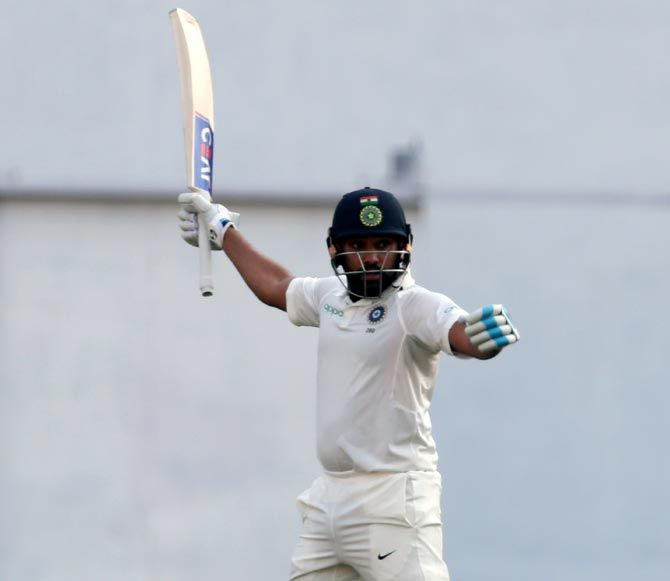 Sri Lanka's misery did not end there as they lost Sadeera Samarawickrama without scoring on the second ball from Ishant Sharma to reach 21-1 in their second innings at stumps, still needing 384 to make India bat again.

Dimuth Karunaratne was unbeaten on 11 with Lahiru Thirimanne nine not out and the touring side will need a Herculean effort from their batsmen to avoid an innings defeat after the first of the three-Test series was drawn in Kolkata. The world's top-ranked Test side had not lost a wicket in the first two sessions on Saturday with Murali Vijay and Cheteshwar Pujara both getting hundreds to put the bowlers to the sword.

Kohli and Pujara extended Sri Lanka's misery on the third morning with their third-wicket stand of 183. 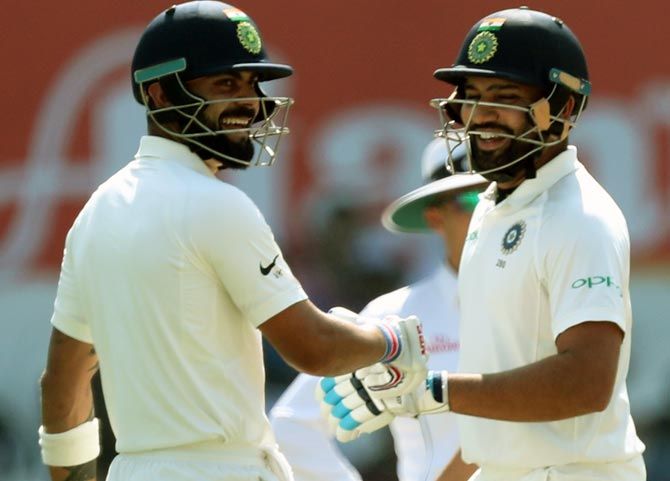 Sri Lanka barely managed to trouble Kohli and Pujara as the duo picked up singles and twos at will, mixing them with occasional boundaries after resuming the day on 312-2.

India lost Pujara for 143 shortly before lunch when all-rounder Dasun Shanaka breached the right-hander's defence to rattle the stumps. 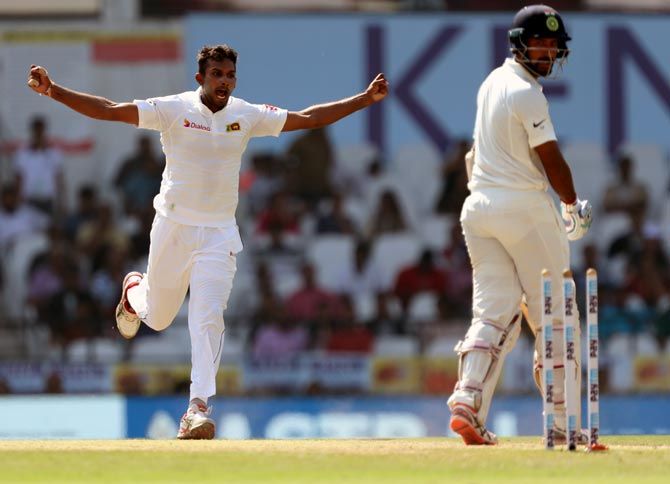 Sri Lanka would have hoped for a better second session after Perera dismissed Ajinkya Rahane for two shortly after lunch but Kohli and Rohit denied them with another partnership of 173.

Kohli flicked Suranga Lakmal for a single to get back-to-back hundreds in the series after his unbeaten century in the second innings of the drawn first Test in Kolkata.

It was the 10th hundred in 2017 across formats for India's batting mainstay who hit a six over the long-on fielder against off-spinner Dilruwan Perera to get past 150 and then got a single off the same bowler to reach his double hundred. 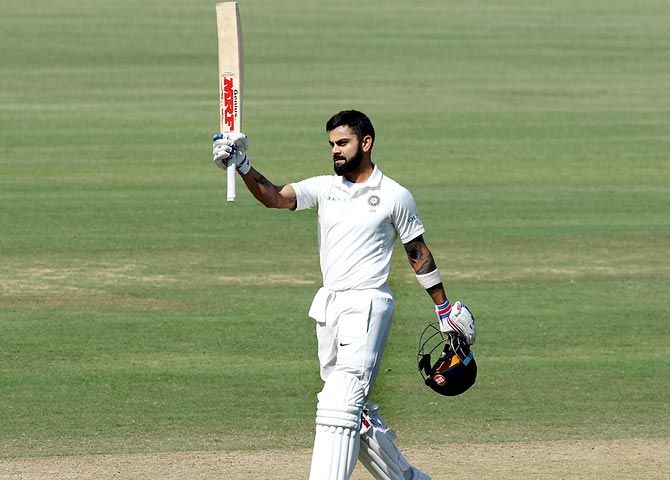 The 29-year-old hit 17 fours and two sixes in his knock before holing out in the deep while trying to attempt another six off Perera.

Rohit, whose previous Test was in October last year against New Zealand, used his opportunity well to compile his third Test hundred and Kohli declared India's innings closed immediately after the right-hander got past three figures.

Perera took three wickets for the touring side but also conceded 202 runs.