Images from the third T20 International between India and the West Indies, in Mumbai. K L Rahul was determined, Rohit Sharma elegance personified and Virat Kohli at his brutal best in India's series-winning 67-run victory over the West Indies in the third T20 International, in Mumbai, on Wednesday.

The 'Maximum City' witnessed maximum entertainment as the trinity of Rahul (91 off 56 balls), Rohit (71 off 34 balls) and captain Kohli (70 not out off 29 balls) contributed in a total of 240 for 3 which completely took factors like, dew and flat track out of the equation. 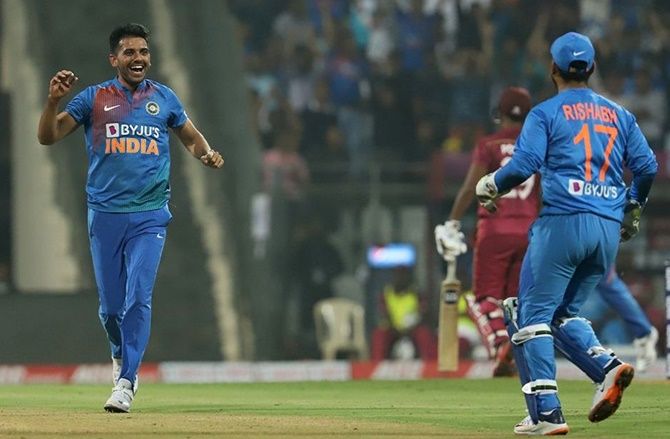 An asking rate of 12 from the start would be Herculean for any team and the West Indies, in the end, could managed only 173 for 8 as Mohammed Shami (2/25 in 4 overs) enjoyed a good outing in his first game of the series.

With a cushion of runs on the board, Deepak Chahar (2/20 in 4 overs) was also steady while Bhuvneshwar Kumar (2/41 in 4 overs) and Kuldeep Yadav (2/45) got wickets even though they were a bit expensive. 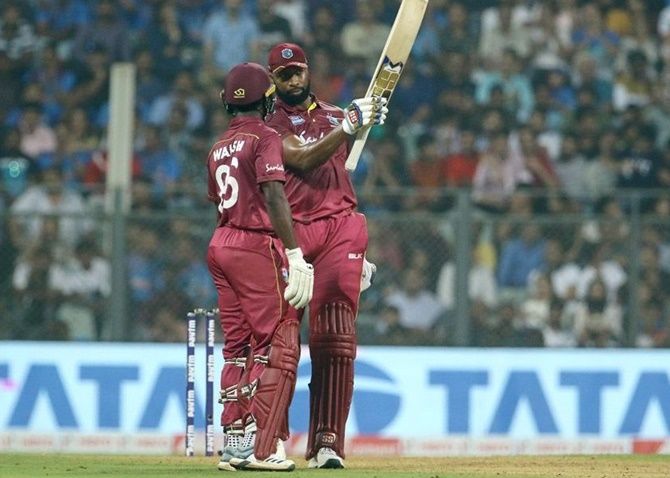 The West Indies were never in contention and 'local man' Keiron Pollard's (68 off 39 balls) five sixes in familiar surroundings was nothing more than consolation for the visitors.

While this is only a bilateral series, the victory margin taking into context the West Indies as a T20 opposition and the swagger with which the total was defended will only help India gain in confidence. IMAGE: Virat Kohli, right, celebrates hitting a six during the third T20 against the West Indies, at the Wankhede stadium, in Mumbai, on Wednesday. Photograph: BCCI

There were 16 sixes that lit up the Mumbai skyline, with Rohit hitting five, Rahul four and, surprising everyone, 'boundary man' Kohli had seven of them in all.

India needed a good start, but Rohit and Rahul made it a brilliant one as they conjured up 135 runs in 11.4 overs.

The true nature of the pitch, with no lateral movement, only made it easier as the batsmen could hit through the line. Rohit, in particular, pulled with disdain and also got on one knee to hit the slog sweep into the cow corner. Rahul was more classical in his approach with shots square off the wicket, using the pace of the spinners' deliveries to play it as late as possible.

But the man who made the difference between a good and winning score undoubtedly was skipper Kohli, who again looked charged up, enjoying his battle with Kesrick Williams. After Rishabh Pant's duck stuck out like a sore thumb, Kohli took it upon himself during the 95-run stand with Rahul as he demonised the bowlers.

There was another flicked six off Kesrick Williams, whom he intimidated after playing each shot.

Jason Holder was taken for 54 runs in his four overs and the fifth bowling combination of left-arm spinner Khary Pierre (0/35 in 2 overs) and Pollard (0/33 in 2 overs) gave away 68 in their four.

In fact, any hopes of a competitive game was over when Kohli smashed 27 off Pollard in the 19th over of the innings, as it included three sixes and a four. A over before that, 17 were taken off Williams. 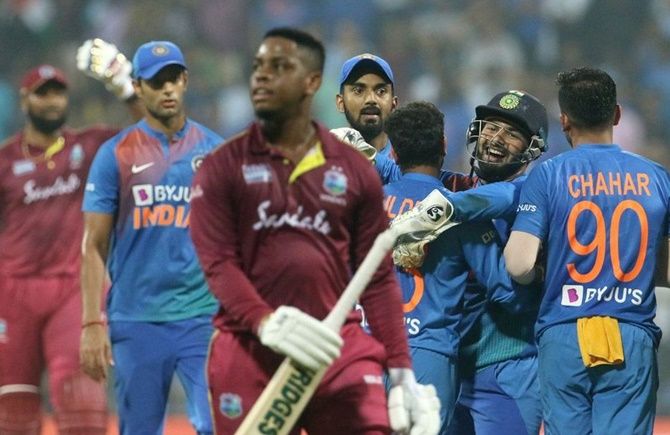 The West Indies started their chase with a handicap, as Evin Lewis was ruled out after sustaining an on-field knee injury. The only time there was some fight between bat and ball was when Pollard and Shimron Hetmyer (41 of 24 balls) added 74 runs in 6.2 overs. 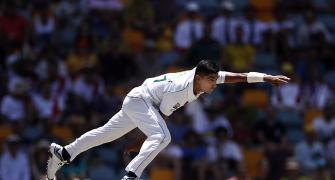 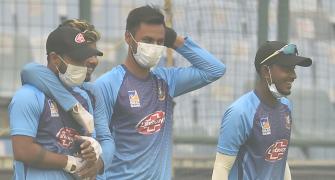 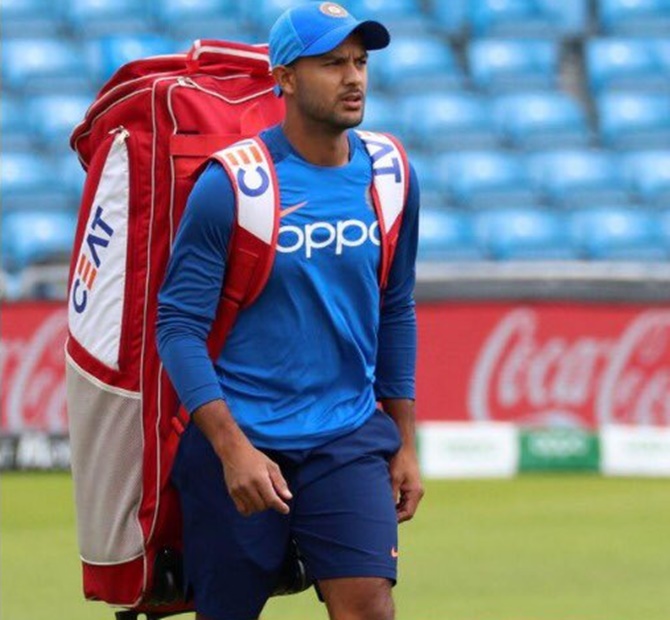