Images from Day 2 of the first Test between India and the West Indies, in Antigua. 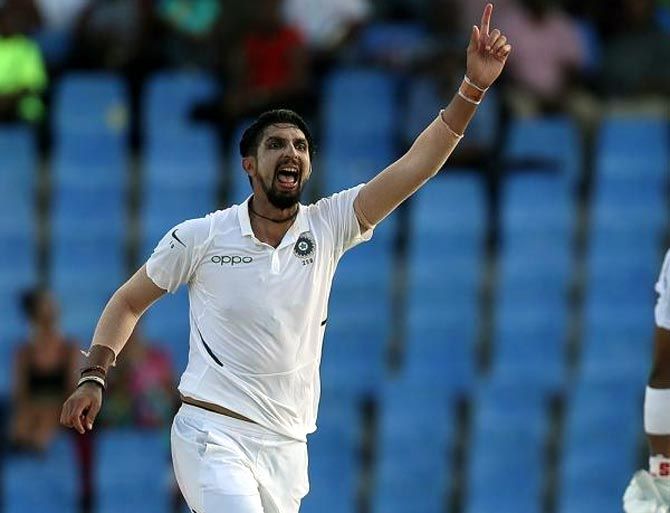 IMAGE: Ishant Sharma celebrates the wicket of Shai Hope on Day 2 of the first Test against the West Indies, in Antigua, on Friday. Photograph: BCCI

Pacer Ishant Sharma's spirited effort and reckless batting by the West Indies saw India take control of the first Test on Day 2, in Antigua, on Friday.

The West Indies lost five wickets in the final session and were left reeling at 189 for eight in their first innings at stumps. They trail India by 108 runs.

Ishant took a five-wicket haul, his ninth in Tests, to put India in a strong position going into Day 3, at the Sir Vivian Richards stadium. IMAGE: A jubilant Ishant Sharma after taking the wicket of Kemar Roach to complete his five-wicket haul. Photograph: BCCI

India, who resumed the day at 203 for six, went on to amass 297, courtesy a fighting 58 from Ravindra Jadeja, who was ably supported by Ishant (19 off 62), during their 60-run stand for the eighth wicket. IMAGE: Ishant Sharma takes the catch off his own bowling to dismiss Kraigg Brathwaite. Photograph: BCCI

The conditions were good for batting but the West Indies batsmen failed to apply themselves.

Ishant made life difficult for them with bat and ball. After frustrating the hosts in the morning session with his dogged stay in the middle, he troubled the opposition with incisive spells that included highly effective cross seam deliveries.

He was brilliant too with catching off his own bowling, as he got two wickets in that fashion. 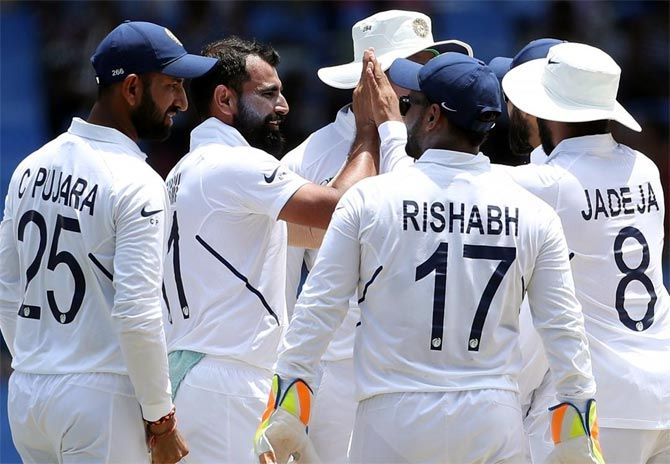 At tea, the West Indies were struggling at 82 for three. After scoring a crucial half-century, Jadeja struck with the ball, removing debutant Shamarh Brooks (11) to leave them at 50 for three.

The left-arm spinner had Brooks caught at first slip after his attempted cut ricocheted off Rishabh Pant's thigh and fell into the safe hands of Ajinkya Rahane.

With the pitch flattening out, there was not much movement off the pitch or in the air but the Indian bowlers kept things tight to maintain pressure on the batsmen.

The other West Indies batsmen to be dismissed were openers Kraigg Brathwaite (14) and Campbell, out to Ishant and Mohammad Shami respectively. Earlier,  Jadeja and Ishant frustrated the West Indies with a timely 60 run-stand for the eighth wicket, helping India to 297 all out at the stroke of lunch.

Jadeja (58 off 112) and Ishant (19 off 62) were able to negotiate the threat posed by the potent pace duo of Shannon Gabriel and Kemar Roach after the loss of Rishabh Pant (24) in the second over of the day.

Jadeja's innings comprised six fours and a maximum before he was the last man to be dismissed in the Indian innings, leading to lunch.

India resumed the day on 203 for six, with overnight batsmen Pant (20) and Jadeja.

While Jadeja justified his inclusion in the playing eleven ahead of Ravichandran Ashwin with a gritty effort, Pant could not deliver for the team. 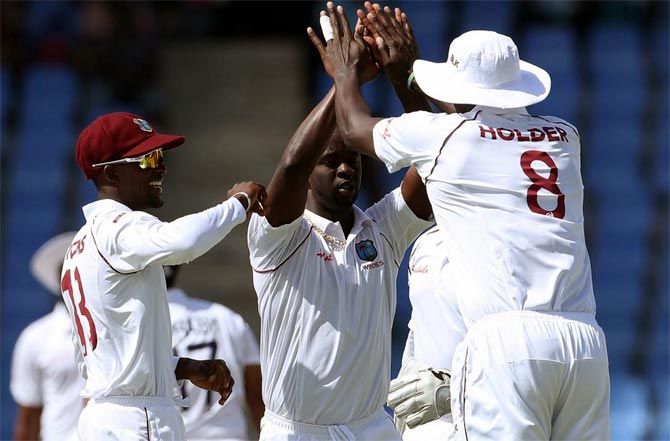 Roach got his fourth wicket of the innings when he dismissed Pant with a beauty from around the wicket that moved away enough to get the edge of the young wicketkeeper-batsman.

Pant was guilty of playing the ball with hard hands as skipper Jason Holder took a regulation catch at second slip, leaving India at 207 for seven.

It seemed India's brittle tail would not put up much of a fight yet again, but Jadeja and Ishant batted sensibly in their 116-ball stand, defying the West Indian pacers.

While maturity was expected from Jadeja, Ishant impressed with the way he dealt with the express pace of Roach and Gabriel. He was not afraid to come on to the front foot, and was equally comfortable at tackling the rising ball. 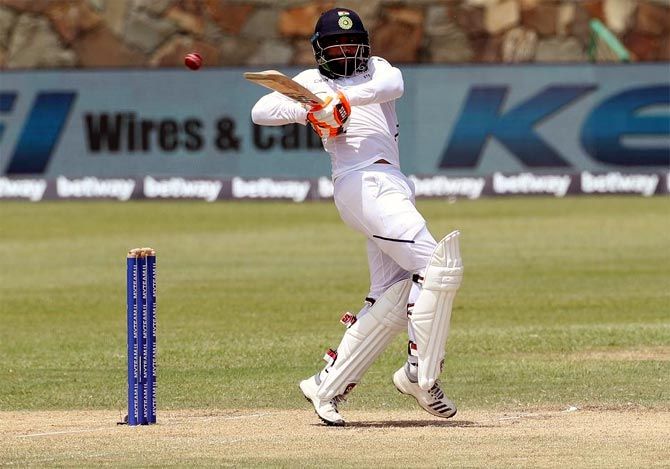 The lanky India pacer, whose highest score is 31, was finally dismissed in the 90th over, playing on to a full, slower ball from Gabriel.

Mohammad Shami joined Jadeja in the middle but his stay lasted only one ball as he offered a return catch to off-spinner Roston Chase.

Running out of partners, Jadeja showed urgency to collect some vital runs and brought up his 11th half-century with a slap to cover for four. The following delivery, he swept Chase for a six over deep midwicket, giving the Indian innings a welcome flourish towards the end.

Vice-captain Ajinkya Rahane had scored a crucial 81 on the opening day to help India recover from a poor start. 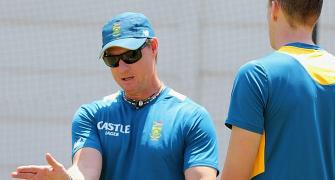 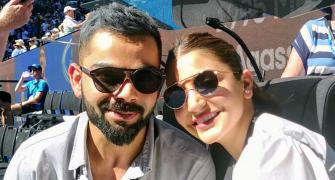 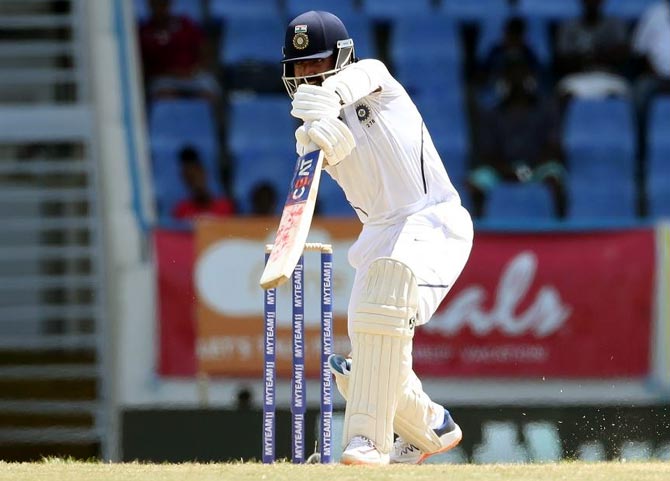