IMAGES from the 1st ODI between India and New Zealand played in Hyderabad on Wednesday.

Shubman Gill smashed a coming-of-age double hundred to power India to 349 for eight in the first ODI against New Zealand in Hyderabad on Wednesday.

Gill oozed class in his special 208 off 149 balls and batted through the innings with not much support from the other end. Skipper Rohit Sharma's 34 off 38 was the second-best scorer of the innings. Chasing a big target, New Zealand were down and out at 131 for six before Michael Bracewell  (140 off 78)  came up with up a stunning century to bring his team back in the game from nowhere.

Playing in front of his home crowd, pacer Mohammed Siraj (4/46) produced a match-winning effort to stop New Zealand, who ended at 337. While chasing, New Zealand had a mountain to climb.

Siraj provided the first breakthrough in front of a packed home crowd as his well-directed short ball got big on Devon Conway (10).

Conway's opening partner Finn Allen (40) played some enthralling strokes but fell to a brilliant catch in the deep from Shahbaz Ahmed off Shardul Thakur.

Kuldeep Yadav was impressive once again as he got rid of Henry Nicholls with a perfect wrong one before trapping Daryl Mitchell in front of the stumps with the conventional incoming delivery. 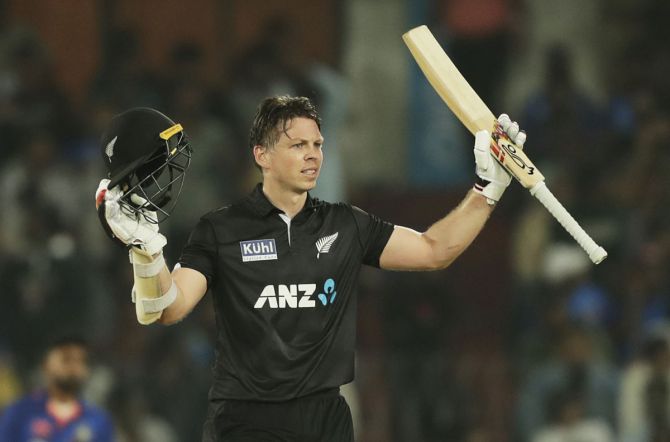 With New Zealand struggling at 131 for six in the 29th over, the game looked over before Bracewell played a knock to remember. He toyed with the Indian attack, smashing 12 fours and as many as 10 sixes. He took the team on the brink of a famous win before falling short.

The second ODI of the series will be played in Raipur on Saturday. 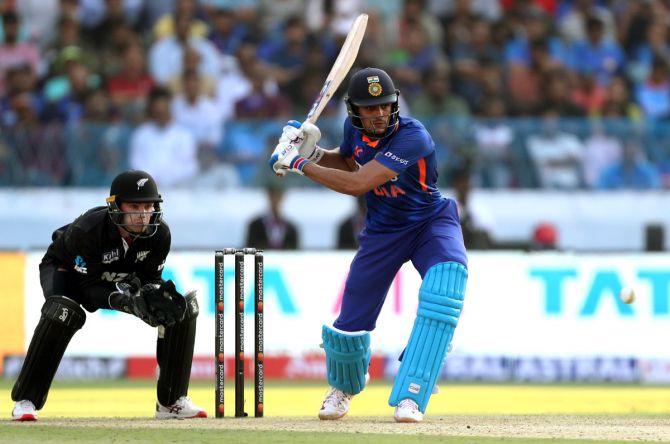 After India opted to bat, it was a good contest between the openers and New Zealand pacers as the hosts reached 52 for no loss in the first 10 overs. The odd ball was stopping, making stroke making difficult.

Rohit once again promised a big hundred but flattered to deceive. His sixes off Henry Shipley, a lofted drive over cover and a front foot pick up shot over long leg, stood out in his innings.

Lockie Ferguson was generating serious pace as usual from one end but after getting lucky with a mistimed pull in the fourth over, Gill produced a crisp cover drive to deny him a maiden in his following over.

Rohit's aerial attempt off Blair Tickner in the 13th over ended his innings as he was caught at mid-on by Mitchell Santner. Usually, a wicket silences the Indian crowd but following Rohit's dismissal, the crowd welcomed superstar Virat Kohli with a massive roar. Having scoring three hundred in his last four innings, Kohli began with a crunchy cover drive before being undone by a beauty from left-arm spinner Mitchell Santner.

The ball pitch around off stump and turned just enough to clip the bails, leaving Kohli in disbelief.

Ishan Kishan, who was accommodated in the middle-order after missing out against Sri Lanka, too did not last long as he edged an angled delivery to wicketkeeper Tom Latham. 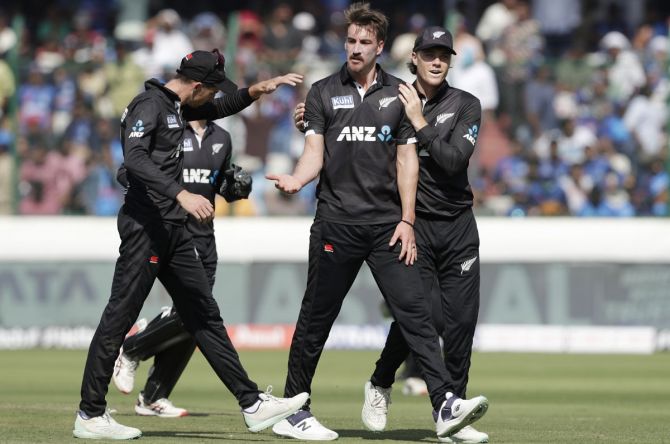 Suryakumar Yadav (31) joined Gill and did what he does best -- increase the tempo of the innings. He hit four boundaries in different parts of the ground to assert himself.

At the other end, Gill brought up his fifty with a slog sweep off spinner Michael Bracewell that went all the way. The stylish opener also got a life on 45 when Latham fluffed a straight forward stumping chance off Bracewell with Gill expecting the ball to turn.

That was all the stroke of luck that Gill had as he did not look back from there on. He unleashed his signature pull shot off the pacers while using his feet against the spinners.

He pulled Santner to get to 99 before reaching his third ODI hundred with a single. He reserved his best shot for the post century celebrations as he whipped a full delivery from Tickner between mid-wicket and mid-on. 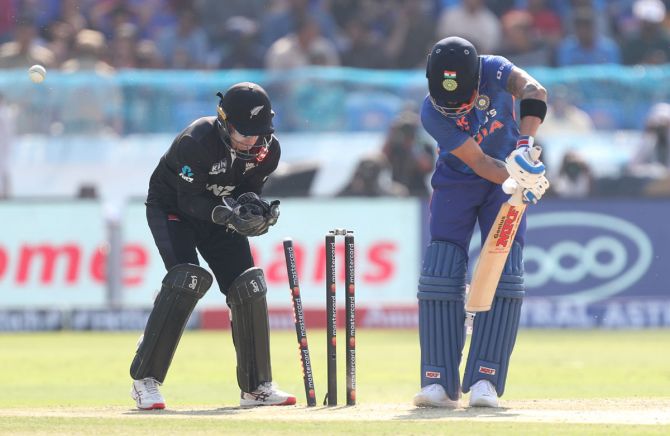 After Surya's departure, Gill shared a 74-run stand with Hardik Pandya (28), who got out in a rather bizarre fashion. After he missed a cut shot completely off Santer, the bails came off and New Zealand appealed for a bowled dismissal. Latham's gloves could have dislodged the bails but he himself wasn't sure. The replays were not conclusive but the third umpire ruled in favour of the visitors.

As India cruised towards 300, Gill reached 150 with a six over deep mid-wicket off Bracewell. After that milestone, he went berserk and reached the 200 with three huge sixes off Ferguson in the 49th over. 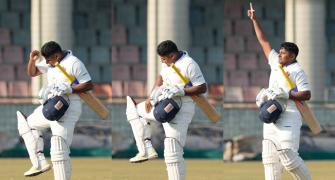 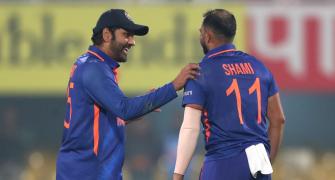 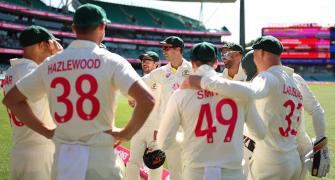 'Australia can recreate magic of 2004 in India' 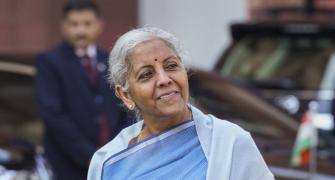 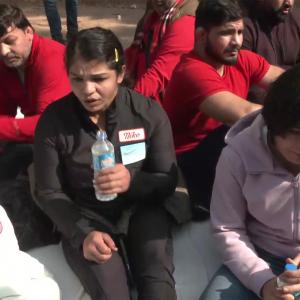 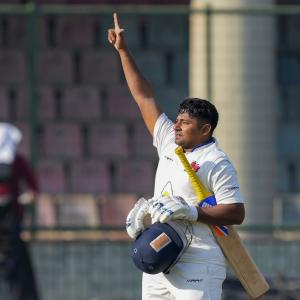