IMAGES from the second One-Day International between India and New Zealand in New Delhi, on Thursday: 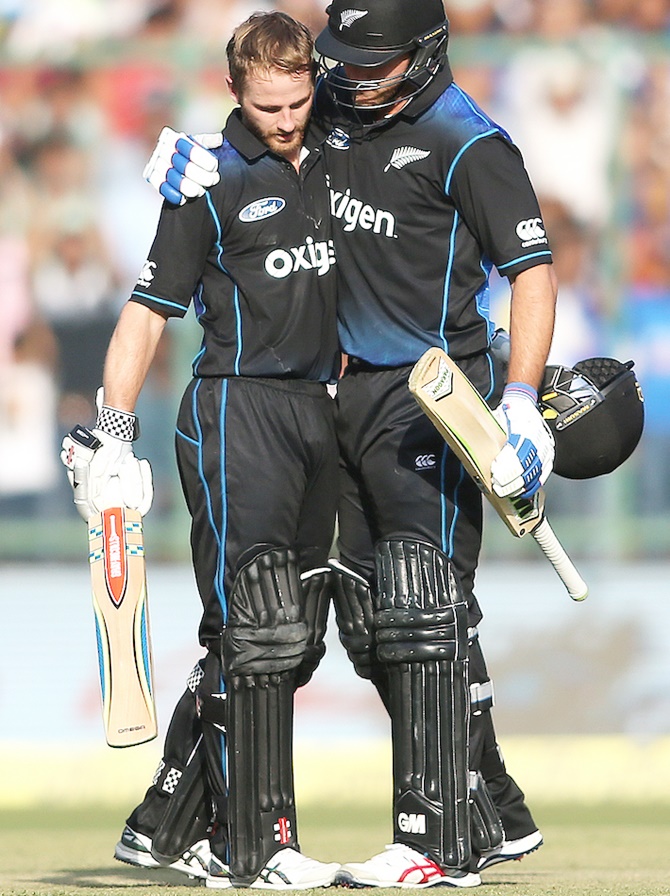 IMAGE: New Zealand captain Kane Williamson is congratulated by Corey Anderson for reaching his century during the 2nd One Day International against India held at the Feroz Shah Kotla stadium on Thursday. Photograph: BCCI.

Captain Kane Williamson struck the first hundred for New Zealand on their tour of India to set up a thrilling six-run victory in the second One-day International and end his side's winless run. 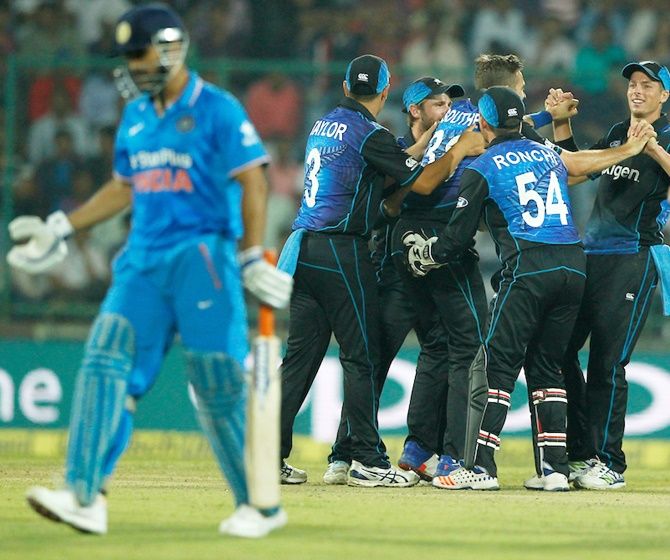 Chasing 243 for victory, the hosts were reduced to 183 for eight in the 41st over but all-rounder Hardik Pandya (36) and number 10 batsman Umesh Yadav (18 not out) added 49 for the ninth wicket to take their team close.

But Pandya fell in the penultimate over and then Tim Southee bowled out last man Jasprit Bumrah in the final over for his third wicket as India folded for 236 with three balls to spare. The 26-year-old Williamson, New Zealand's batting mainstay, hit a measured 118 off 128 balls to anchor his team's innings after India captain Mahendra Singh Dhoni won the toss and opted to field.

Williamson's eighth ODI hundred had put New Zealand on course for a big total but the hosts, who won the first match of the five ODI series after blanking the tourists 3-0 in the tests, pulled things back brilliantly in the last 10 overs.

The skipper added 120 for the second wicket with Tom Latham (46) after New Zealand had lost Martin Guptill without scoring in the opening over but the side could manage only 40 runs for the loss of six wickets from their final 10. 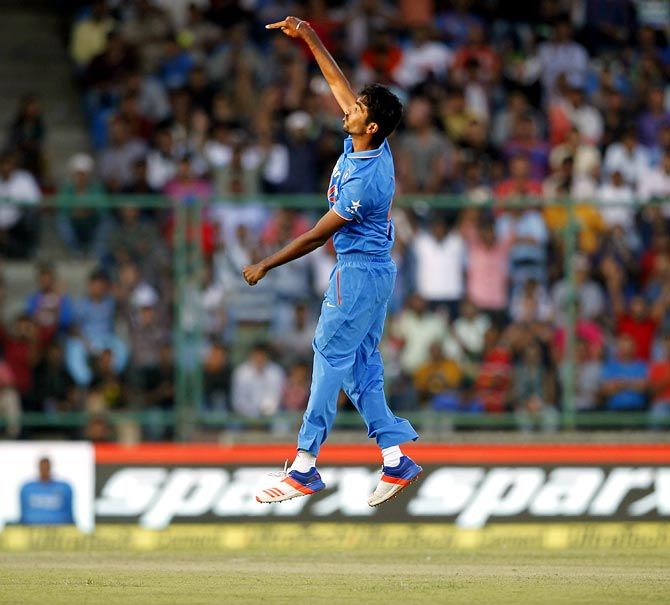 Paceman Bumrah and leg-spinner Amit Mishra picked up three wickets each for the hosts.

In all, Bumrah bowled an astounding 37 dot balls in his 10 overs while the entire team bowled 161 in all which is equivalent to 26.5 overs without scoring as New Zealand struggle to get going in the middle overs. India's chase got off on the wrong foot in the face of some disciplined bowling by New Zealand who picked up wickets at regular intervals to put pressure on the batsmen.

Dhoni (39) and Kedar Jadhav (41) steadied the innings with a 66-run stand for the fifth wicket after the side had been reduced to 73 for four in the 20th over. But after Dhoni fell to a superb one-handed return catch by Southee, the chase seemed to be out of India's reach.

New Zealand's grip on the match tightened after Axar Patel and Mishra fell in the same over to Guptill's part-time off-spin before Pandya, the player of the match in the first ODI, and Yadav took India to the brink. Umesh Yadav gave India the perfect start with the wicket of Martin Guptill in the first over of the innings as the right-hander was bowled for a duck.

However, Williamson looked confident from the outset as he timed his shots to perfection. He had an able ally in Latham and they put on 120 runs for the second wicket in 20 overs at a fair clip.

The third match of the five-ODI series will be played at Mohali on Sunday. 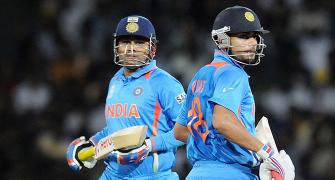 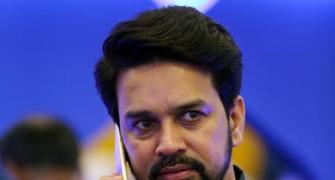 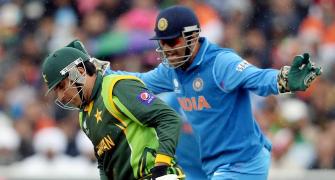 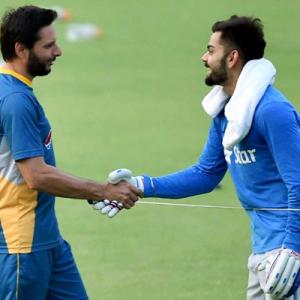